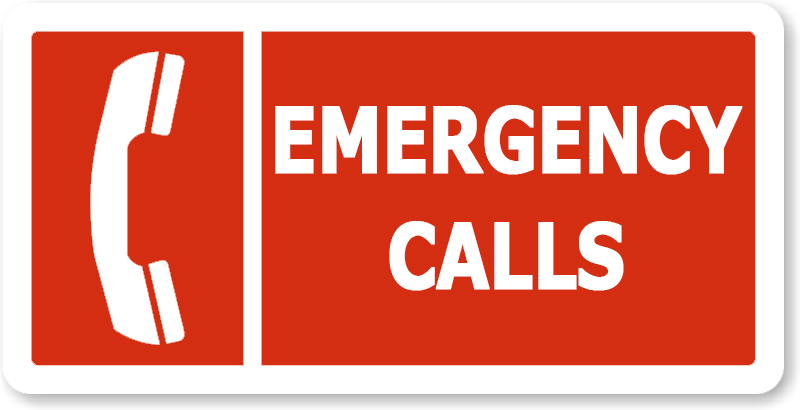 We often talk about that unseen social contract most of us in the civilised world adhere to on Ozzy Man Reviews, and we reckon that’s important. It’s too easy to just go about our lives complacent of the cogs, gears and wheels operating behind the scenes. Those of us who get to enjoy living in countries with advanced social infrastructure probably don’t give too much thought to the people working the jobs that keep everything working, so when some of those unseen people share their experiences, it can be more than worth a listen.

That’s why we thought this Reddit thread was well worth sharing.

One of those unseen groups of people are the call operators.

And, yeah, despite the fact tonnes of call-centres are automated now, emergency operators have to be human, and seeing as they deal with tonnes of people – in potentially tragic situations – they have some f**ken stories to tell.

Check some of this s**t out…

“Had someone call saying a man had been killed by a goat. Turns out goat is what they also call the machine that picks oranges off of trees. Miscommunication can be horrifying. (juswilli019283)”

If you’ve picked fruit – or worked in any industrial setting – you’ll know that some of the machines are pretty f**ken lethal in the wrong hands. This must have been a bloody horrible experience for all involved.

“This actually happened a few days ago. I’m an ER tech, but one of our unit secretaries (someone who transfers calls and does other important tasks that keeps the place afloat) is an EMT in the next county over. I was waiting for a patient to return to their room, talking with her, when she looks down at her phone. She tells me she has the dispatch app or whatever for ambulances and fire trucks, and every firehall in the county had just received a call about a possible decomposing body. Apparently the neighbour called about a terrible smell coming from the property. Hazmat was called and everything, expecting a dead human body.

Once they broke into the house, they found that it wasn’t a dead human, but 38 dogs in the house. 11 of the dogs were dead and in “varying states of decomposition”. The place is still pretty much under wraps, but 16 more dogs were found in the shed yesterday. The two people who owned the house have since been arrested and charged with 51 counts of animal cruelty. All of the animals left alive were taken to the humane society, where half of the county has just about donated food or blankets.

The whole thing is pretty messed up, but I now for sure respect the hell out of the EMTs and paramedics that walk through our doors every day. They really never know what they’re going to see when they walk into a place. (Currati7966)”

Stories like this make you think, don’t they? You might not be there to see it all unfold but when something interesting happens, you might look it up after. Talk about ramifications.

“Not me, but my sister is a dispatcher. One time she received a call from a man who said he just killed his sister and brother. She kept him on the phone for 5 or 6 minutes to make sure he didn’t run before officers arrived. She got him to admit they had all been drinking and playing cards, then got into an argument when one of them accused the other of cheating. The other two went to bed, but this guy stayed up stewing. Apparently he couldn’t let it go. He shot each of them in their beds while they slept, then called 911. I heard a partial recording of the call and she sounded calm AF. She told me she was screaming on the inside the entire time. (sweet_low_rain)”

Farken hell. This another one of those things that seems to happen in movies, but having the killer on the line must happen a fair bit in real life. Is there training for that s**t?

“7-8 years ago I took a 911 call from a man who came home to find his adult sister had been raped and beaten. The suspect had wrapped a telephone cord around her neck then tried to push her through the window of the apartment. He was understandably very distraught. She was still alive and was able to talk to me. She had not been blindfolded and I was certain I could get a description of the person who had done this to her. She answered all of my other questions but absolutely refused to give me any info on the suspect. I later found out that the reason was self-preservation, the person who did it was the brother who called 911 for help. He was so believable it really messed with my head. I also felt horrible that I had continued pressing her for info with the person who hurt her was right there and that I could have potentially put her in more danger without realizing. (Tidbit813)”

And, er, yeah, this one just sounds like a real horror movie. F**k that s**t.

Finally, let’s finish with an old dude proving once again that old dudes are the toughest mother**kers on the planet.

“Well, my buddy is a fireman and dispatch had just alerted them of a man having chest pains. They get to the guys house, and as soon as they open the door, the dude’s dog runs outside. The dude shouts “you let my dog out! go get my dog! Please!” So my buddy immediately starts chasing the dog.

He catches the dog, comes back to the house, and when he walks in the door he sees that the man having “chest pains” had actually shot a HOLE IN HIS CHEST while cleaning his gun.

Old dude shoots himself in the chest, tells 911 it’s chest pains, and when help arrives, he makes them go chase his dog down before tending to his own life threatening wound. Biggest WTF of my buddies career. (Ser-Jorah-Mormont)”

Final thought: Next time you see an ambulance heading somewhere, spare a thought for the person on the end of the phone when that emergency call was made. What have they had to hear? What ramifications might they be exposed to? If you’re one of these bloody legends, make yourself known in the comments. These top bloke and top sheila awards are all yours!

As you probably know, large swathes of our bewdiful country have been completely f**ked on by fire lately. The damage has been devastating. Lives have been lost. Koalas have truly been sent up s**t creek, and homes ha...

You may or may not be aware, but Thomas Cook, one of the UK’s bigger airlines has been doing it a bit tough recently. And, to be fair, there’s been loads of s**t going on. We’re not here to focus on all the ins and ou...

For the sake of convenience, we’re just going to assume that everyone out there in the comments section has seen movies before. On top of that, we’re going to assume you’ve all seen the kinds of movies that have someo...