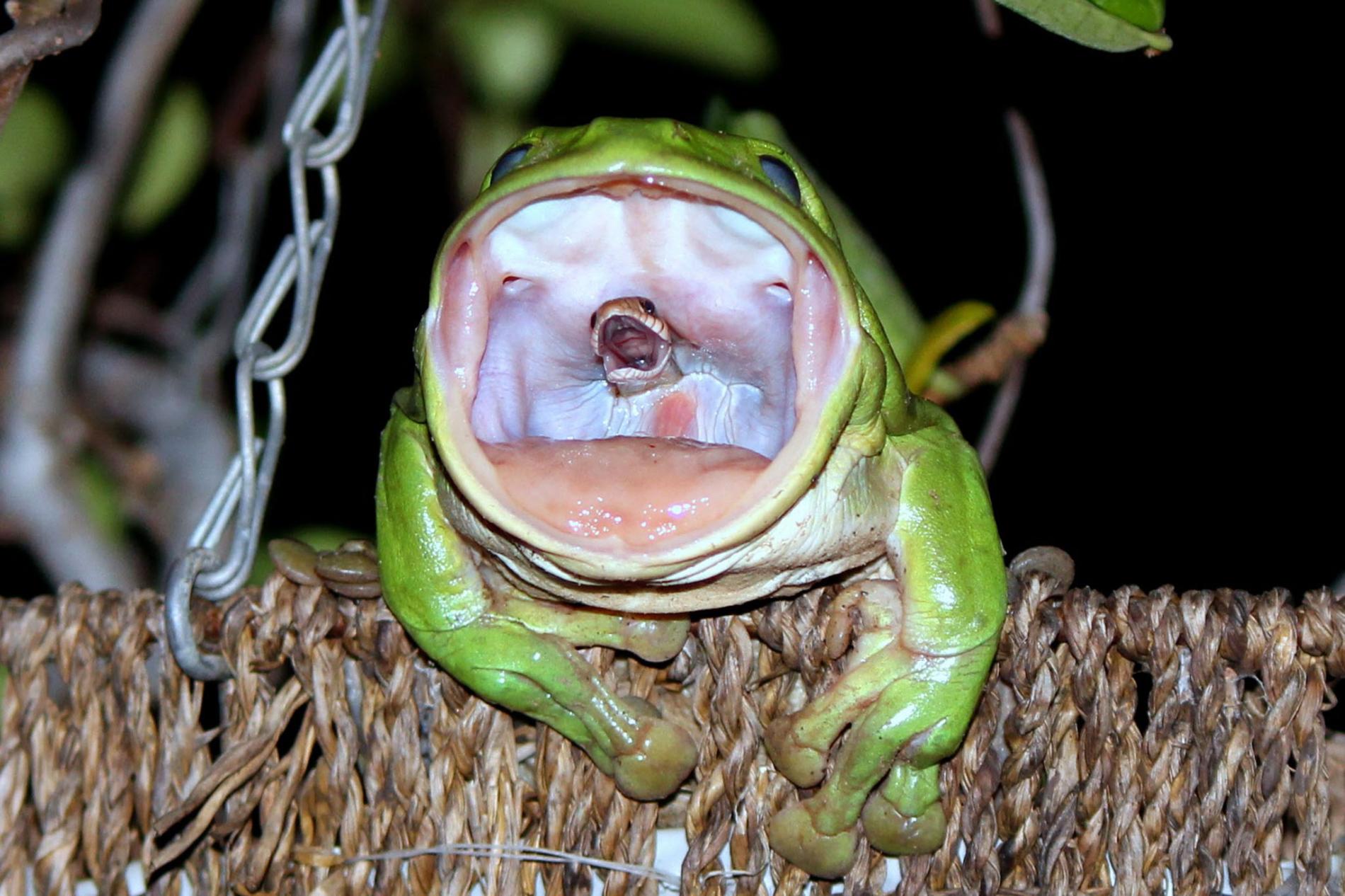 Remember that bloody awesome photo we posted a while back that, depending on whether you’re a glass half full or half empty kind of person, showed a green tree frog either chowing down on or spewing up a snake?  Well, the photographer’s a normal shazza from QLD’s top end and she’s spilled the beans on how she got the shot…

You probably remember the photo in question.  It’s pretty bloody vivid in my memory that’s for sure.  It shows a f*****g snake either being sucked down into a frog’s gullet like a piece of spaghetti or slithering its way back out in what could be the worst case of acid reflux ever.  (Should that be asp-id reflux?)

Well, even though it went ballistic on the internet and was shared, shared and reshared by tonnes of people, no one ever really knew the full story behind it.  Thankfully, the chick who took the photo has decided to regale us all with the tale behind her extraordinary discovery.

Apparently, it was a stormy night up there in North Queensland where the cassowaries kick people and the crocodiles live in every puddle, and Julie was having a bit of a walk.

She was perambulating, peregrinating and strutting her stuff just before the storm hit.  Now, when the weather’s like that, the animals come out to play.  As Julie puts it, “Everything goes ballistic.  It’s like a feeding and mating frenzy.” 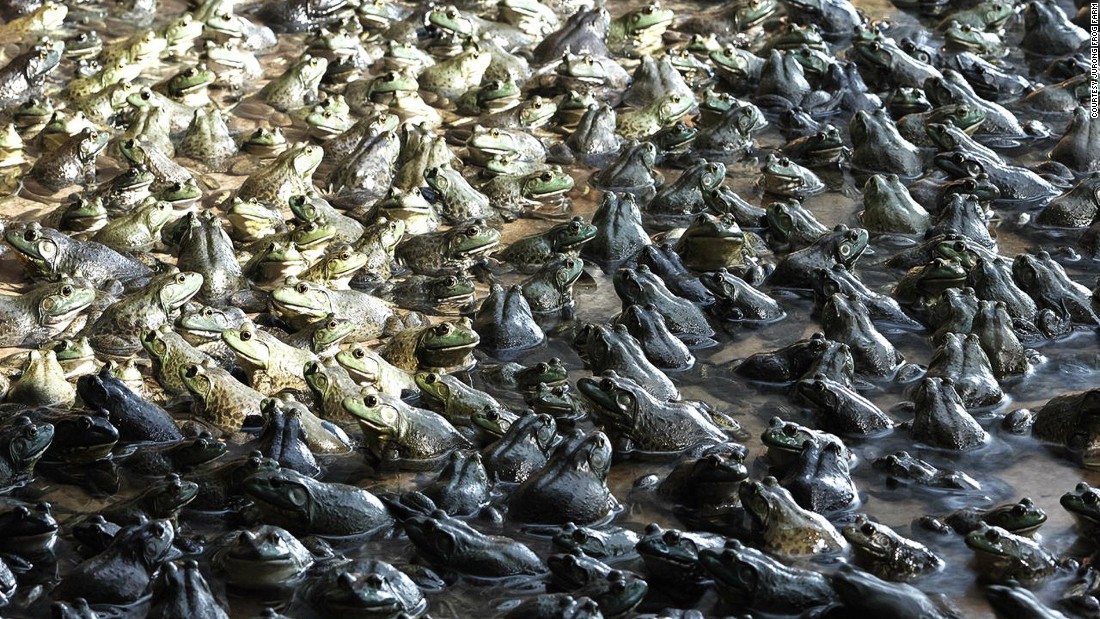 Sh** gets Old Testament-style biblical up there when it rains. Swarms of frogs, deaths of first-borns, you name it!

Anyway, she heard a bloody loud screeching sound.  When she followed the noise, she was confronted by the biggest green tree frog she’d ever seen.   “It opened its mouth, and I thought ‘Oh my gosh; what the heck!'”

Inside its mouth, a small brown snake was being sucked back despite its best efforts to escape its amphibian demise.   I don’t know about you, but if I saw that, I’d love to tell people about it.

Fortunately for us, Julie’s been accused of being a terrible bullsh** artist in the past so she was prepared for an event like this.  She had recently equipped herself with a camera just to prove to people that she was not, in fact, full of sh**.  “I would say something to someone and they would go ‘Oh that’s bullsh** Jules,’ so I thought I’d get a camera and take photos.”

“I was still getting used to the Canon. My fingertips had gone numb from holding the shutter down,” she remembers. Holding her large flashlight over her head, it required multiple attempts to get a clear view of the snake still stuck inside the frog’s mouth. “When I finally cracked off the shot it felt like victory.”

It’s probably worth adding at this point that Julie thought the frog was a goner.  The snake had apparently bitten it quite a few times.  Nevertheless, the tough b*****d was still kicking in the morning when she found it again.

As I’ve said in the past, thank f*** frogs aren’t big enough to eat people.  They really would be terrifying predators.

This is always worth another watch: