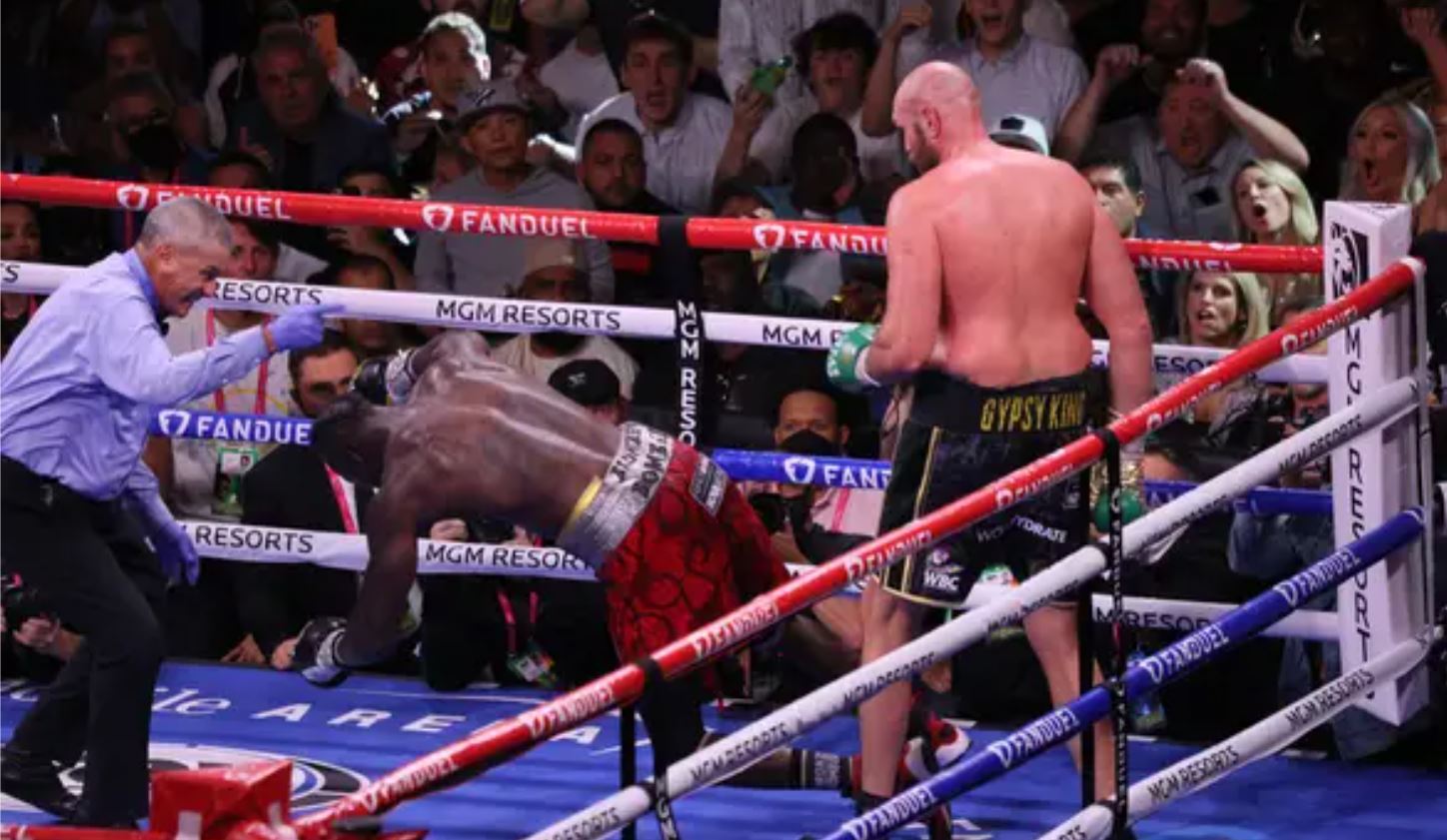 When you’re competing at the highest levels of elite sport, the margins between success and failure can be bloody miniscule. Yeah, nah, deadset, these legends push themselves to the absolute limit, and particularly in the boxing ring, any little weakness can be expoited. That had to be the case for the Tyson Fury and Deontay Wilder fight. After two previous bouts so close that one was a split draw and the other prompted accusations of cheating, this one was always going to be tight, and many people are now saying Fury’s stool might have been the difference.

Yeah, look, we’re not gonna sit here and recount the fight and all the history in fine detail, but even if you’re only feigning interest in the event for the sake of this story, you should know that these two blokes have been so closely matched in their previous two rounds, that this one was being seen as the ultimate bout long before the bell rang.

Your first look at @Tyson_Fury's stool for Saturday Night 👀

Next level trolling from the Gypsy King.

For Tyson Fury, though, he was never in doubt. After the first contest ended in a controversial split decision and the second saw Wilder accuse him of cheating, he had something to prove. In typical Tyson Fury fashion, he didn’t only let his fists do the talking. Yeah, nah, he had a pretty f**ken cheeky way to get his point across this time.

The Gypsy King used his relationship with Top Rank, who custom-make his stools due to his height, to have them craft an epic stool that would see him troll Wilder by choc-nosing an image of him between bouts.

You can see the stool below, but basically, it’s got an image of Wilder taking a punch and a simple caption: BIG DOSSER.Yeah, nah, it’s savage s**t, and seeing as he knocked Wilder out in the 11th round, you might have to say that it was the difference in their third and final bout.

This is the stool Tyson Fury sat on between rounds during the fight. Fury is so savage 😂👏🏾.#furywilder3 pic.twitter.com/hk49uxO8HZ

Final thought: Yeah, nah, we’re big fans of the sporting sledge here at Ozzy Man Reviews, and we reckon this fits that narrative nicely. Anyway, have a squiz at the stool and let us know what you reckon? Did it influence the result? Share your thoughts in the comments section!