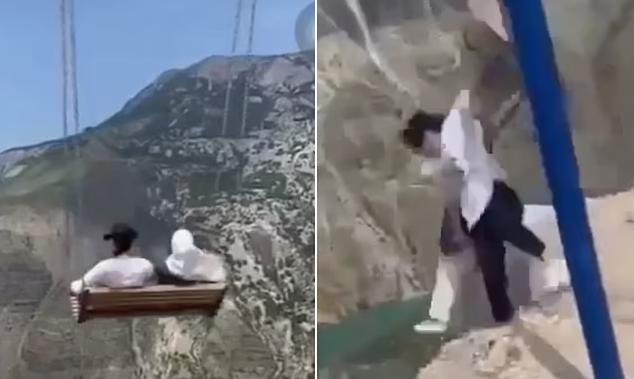 As far as what the actual f**k videos go, this one is right up there with the best of them. Don’t get us wrong, it’s not weird, it’s not obscure, it’s just spot-on footage of one of the most terrifying things we’ve ever seen. Yeah, nah, the footage of two girls swinging over one of Europe’s deepest ravines on a small playground swing is already a bit how-ya-going, but when the f**ken swing breaks…well, yeah, just check it out.

All right, for this one, we’re heading to the Russian Republic of Dagestan. This locale is right next to Georgia, right on the Caspian Sea, and it’s home to the Sulak Gorge, a canyon deeper than the Grand Canyon and the deepest in Europe. 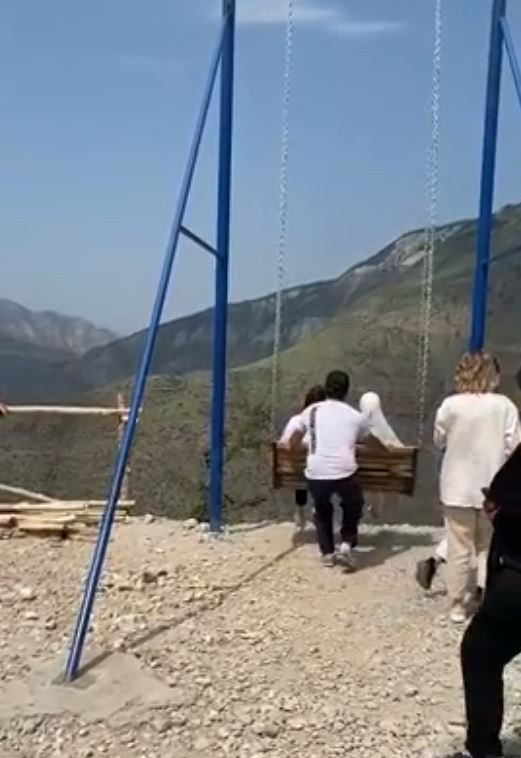 As you come into the footage, you’ll probably notice that the views are splendid, it’s a beautiful day, and the swing looks a bit f**ken rinky-dink. Despite that, everyone’s having a blast, and the guy we’re gonna assume is an Uncle is pushing that thing with all his might. 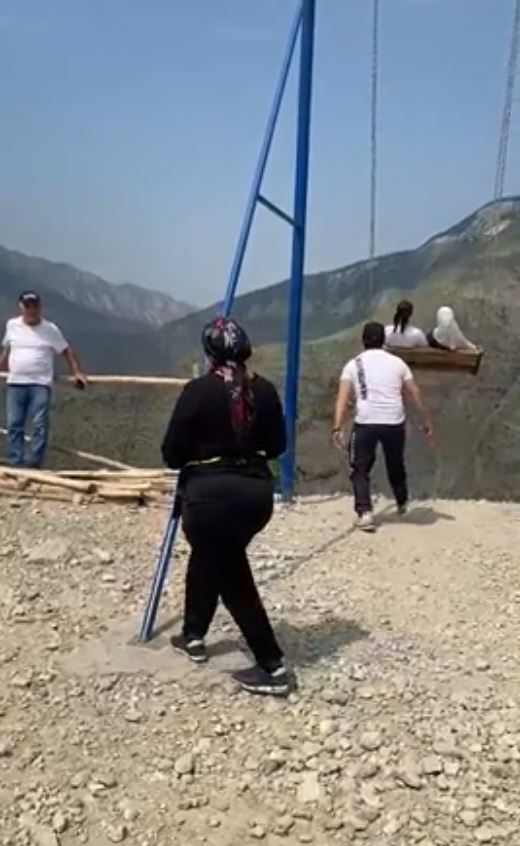 The girls, for their part, look like they’re having a blast. And why wouldn’t they be? If that thing was secure, it would be an immense experience. As the chains crack, though, you’ll realise it’s not – and then the girls will disappear! 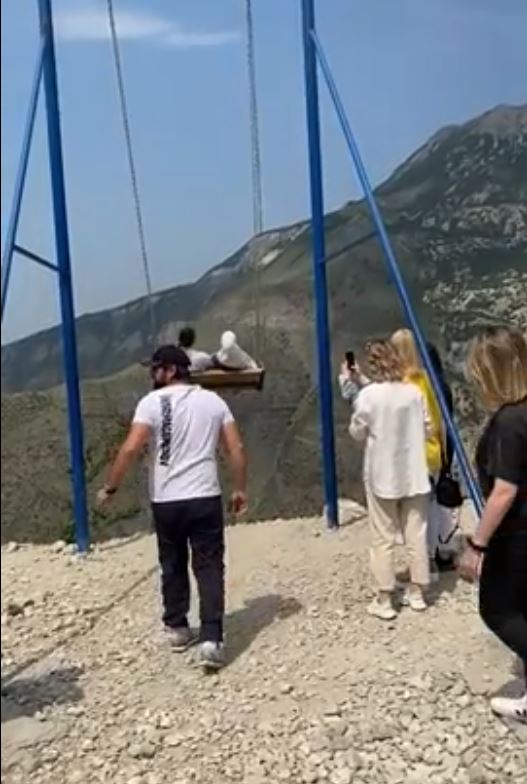 Still, they managed to escape with only cuts and bruises. Yeah, nah, the gorge is f**ken 6,300 foot deep, but thanks to a platform built below the swing – presumably for this purpose – their plummet was miraculously stopped. 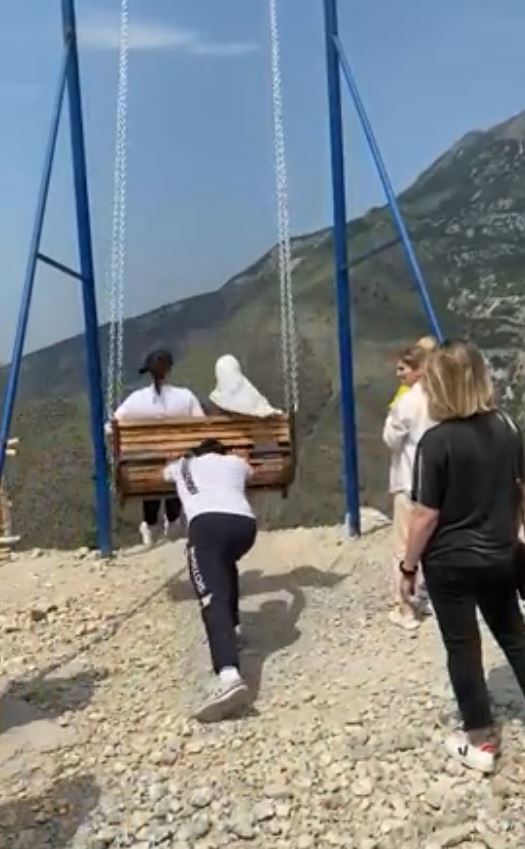 The Ministry of Tourism in Dagestan claimed the swing ‘did not meet safety standards.’  And the police are now investigating a bunch of other swings that have turned up in similar locations around the Dagestan village of Zubutli, where this accident happened. 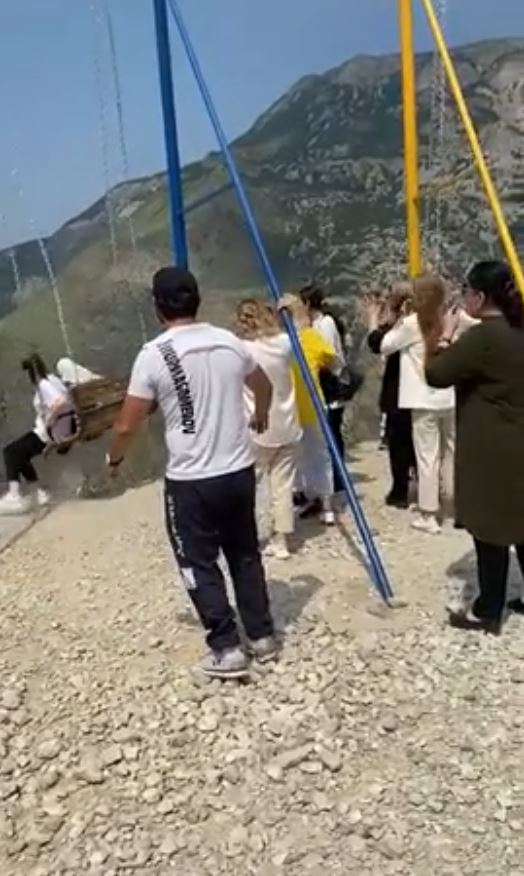 An unnamed source told the Komsomolskaya Pravda newspaper, “The girls got scared and sustained scratches, but neither of them suffered serious injuries.” They added that, “It is chilling to imagine what could have happened if they slipped when the swings were at a maximum height.” 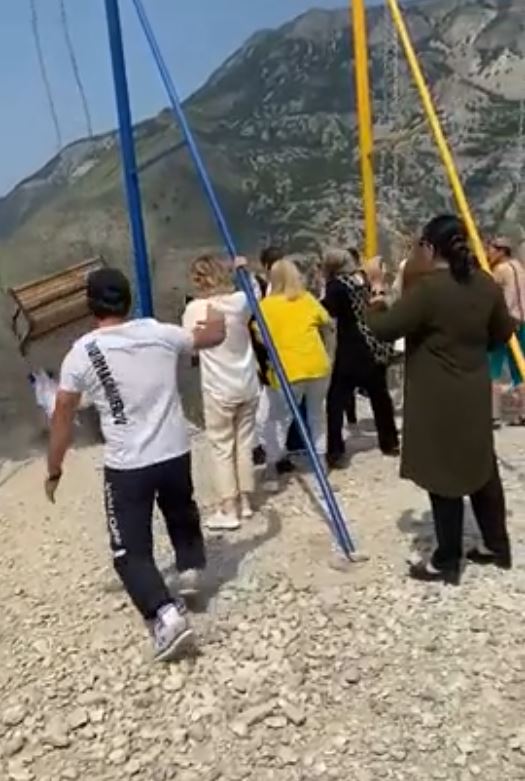 Final thought: F**ken hell. As you’ve seen, this is a pretty hectic one. Despite that, you have to wonder just what the f**k they were thinking by getting on it in the first place. We reckon we’d be giving that a wide berth. What about you?

Yeah, nah, get your tinfoil hats on, folks, because there’s some serious s**t going down right now. In a total blink-and-you’ll-miss-it moment of complete f**kery at the New York Times, a pretty f**ken suspicious arti...