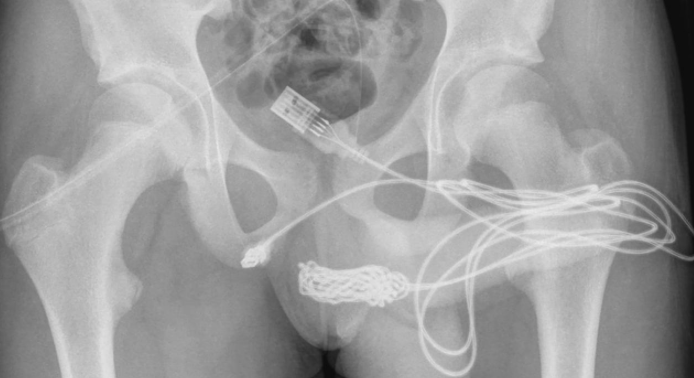 Let’s start this one with a f**ken trigger warning. It’s f**ked. You’ll know from the headline whether it’s your kinda read or not, so let’s get to it. A 15-year-old Pommy kid has ended up in hospital after a bedroom accident that left him a whole tangle of trouble. Yeah, nah, the curious little fella wanted to ‘measure’ his old fella, and things went pear-shaped from there.

Yeah, look, this is the kind of story you need to have some stomach for. If you’re squeamish, continue at your own discretion. Of course, we’re not here to kinkshame. If fitting foreign objects inside your dick is your cup of tea, knock yourself out. That said, don’t f**ken do it. 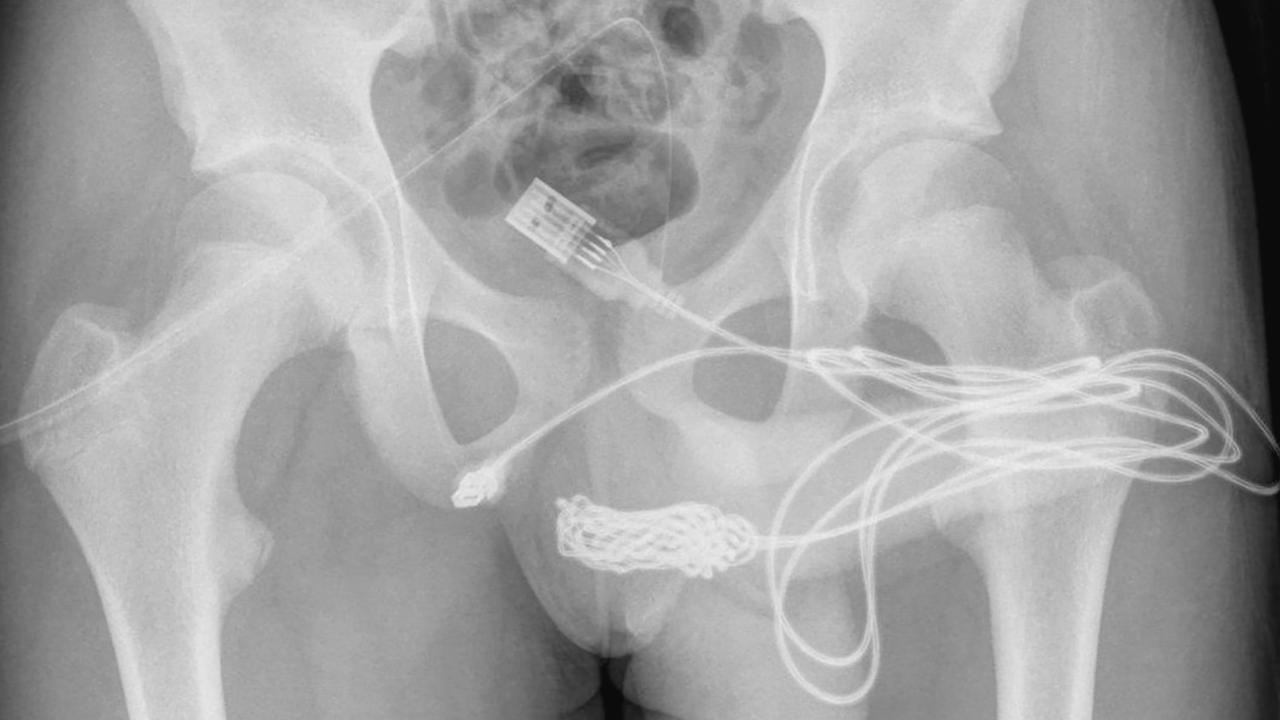 According to the medical journal Urology Case Reports, the teen, ‘triggered by sexual curiosity’ , inserted a USB wire into his Johnson. If the x-ray scans are anything to go by, he didn’t stop at ‘just the tip.’

Yeah, nah, we don’t know whether he read the ‘INSERT USB’ instruction wrong or not, but things went from bad to worse to worse to worse. After he tried to remove the device, the whole thing became so horribly f**ken tangled that both f**ken ends of it were hanging out of his p**shole.

He never heard of a measuring tape? https://t.co/6mLc8h2XYT

And then it gets worse. He started to p**s blood because OF COURSE HE F**KEN DID and that was when he got his Mum involved.

Can you imagine approaching your Mum and telling her any of this? Anyway, we’re pretty sure he didn’t reveal the full details to her, because he asked to speak to doctors without mum in the room.

Still, initial attempts to remove the device didn’t work and the kid had to be transferred to London. Once there, they opened him up from the base of his a**ehole to his ballbag and finally removed the offending item.

I dunno, I've done zero research on the matter, but this sounds to me like an obvious Covid vaccine side effect. https://t.co/1jJ9TIx1Wq

Apparently, the boy has recovered, although he’ll need monitoring in the future.

Final thought: Look, let’s just look at this as a cautionary tale. No one wants to be the kid who gets an electronic device stuck in the eye of their dick. Yeah, nah, just don’t f**ken do this. It’s really not worth the potential horrors that could ensue.