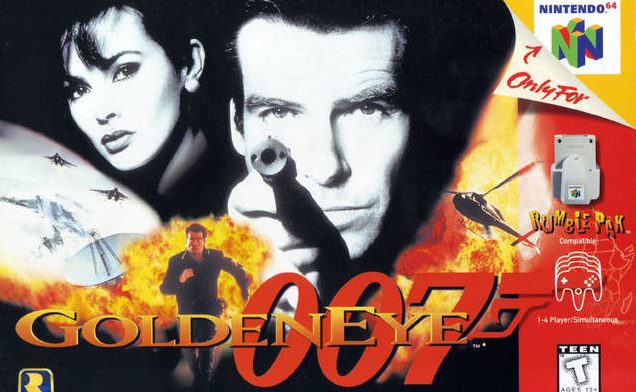 Someone Has Remade Goldeneye With Modern Graphics And it Looks F*cken Awesome!

One of the fucken best games when I was growing up was Goldeneye on the Nintendo 64. Us older blokes who can remember the 90s (as well as the 80s) knew that this game was a MUST HAVE in any household.

I used to play with my brother and all my friends from school – and I was good. I was very good! I remember playing as Oddjob and chopping other fuckers in the knees and them getting really angry and calling me a cheat and then storming off… ah the good ol days. Iconic games have been getting a remake and a reboot in recent years as the trend of gaming has gone back to its roots, with side scrollers and arcade games coming all the rage. Bars and restaurants filled with old school arcade games are more and more common, as there seems to be demand from a whole generation of older gamers who love to reminisce about the good old days. The unofficial remake is called GoldenEye and the source is free to download on PC and features 25 recreated maps, 10 multiplayer modes, and up to date versions of 28 weapons. The remake was created using the same set of developer tools that helped create Counter Strike and Half-Life games so you know it’s going to be good. I think it’s time to boot up the game again and enjoy like I used back in the day. The game unfortunately doesn’t have a single player campaign which doesn’t really matter as there is not much fun bitch slapping NPCs with Oddjob. I think I scarred a few kids for life with that tactic!