Before you start, we know you want us to call it football, and to that, all we have to say is that soccer players are hardly known for their propensity to deal with injury. As you know, if they get even the slightest knock, most of them are rolling round like they’re being bloody murdered. Well, the blokes are. That’s why we love this moment with St Mirren WFC captain Jane O’Toole punching her dislocated kneecap back into place…

Deadset, not only does the tough as nails sheila show the blokes up as a proper bunch of softc**ks, she does it so that she can continue fighting the good fight against a team that’s f**ken hammering them at the time. Yeah, nah, they were six nil down to Inverness Caledonian Thistle when it happened just after half-time. She finished the f**ken match. 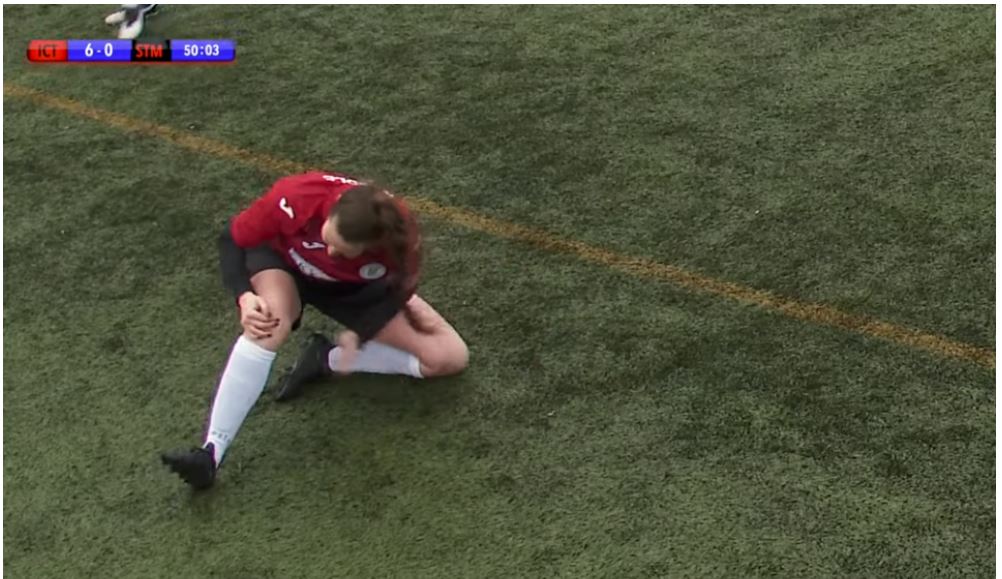 If you don’t think that’s impressive, you might remember a few months ago when the world was impressed with Rugby bloke Joe Westerman for doing the same thing. He was lauded for his toughness, and rightly so. That, though, happened in the seventy-seventh minute. O’Toole still had forty minutes to play, and that’s a serious effort. 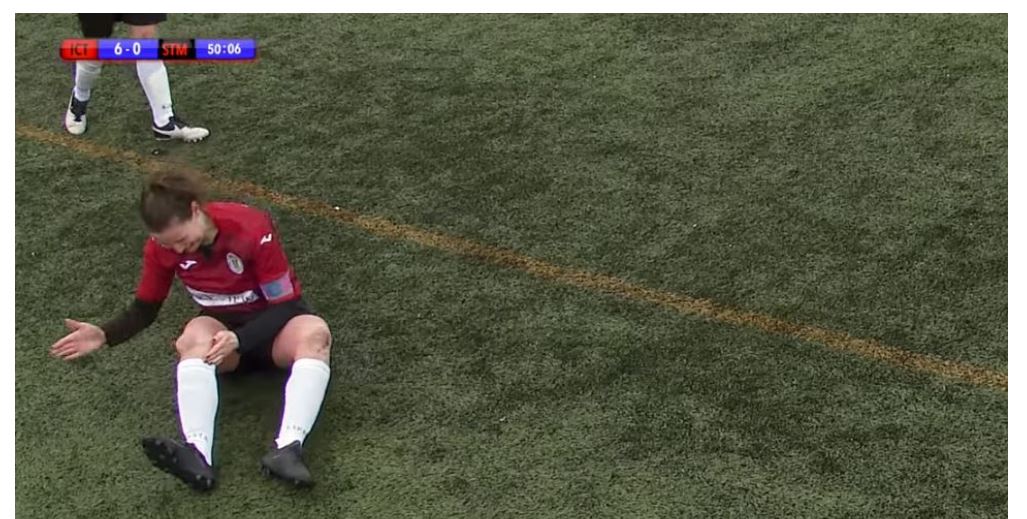 It all happened when she went into a challenge with an Inverness player and hit the deck. After the match, footage of the incident was shared to YouTube on the Inverness page. You can see the knee bulging in the video, and if that was us, we would not be continuing. Yeah, nah, f**k that.

When St Mirren then tweeted the footage, they said:

Our captain Jane O’Toole, is made of tough stuff. Just look at how she dealt with dislocating her knee during our recent game at Inverness…. you can’t put a good woman down – she got back up and played the full 90 minutes. 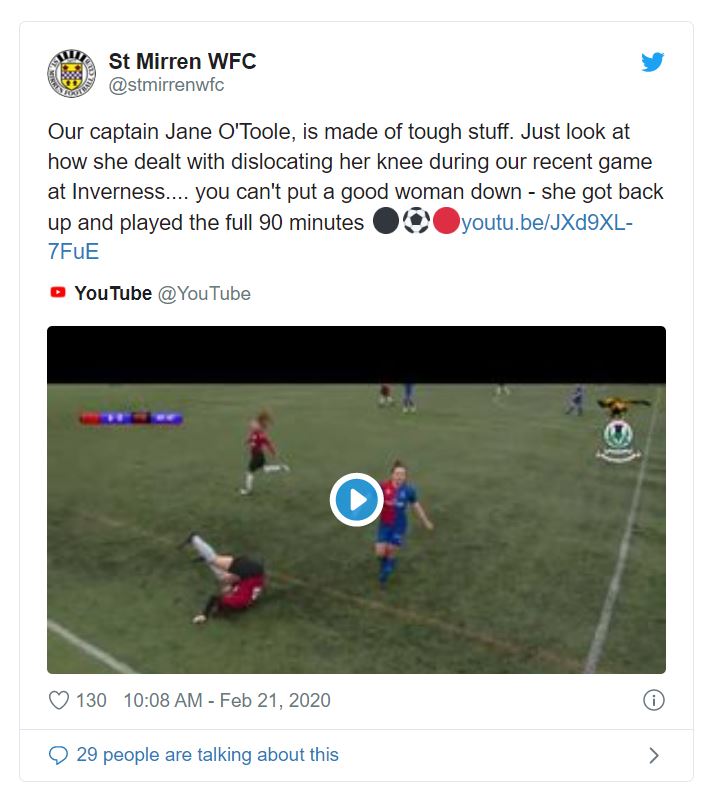 You can watch the footage below.

Final thought: There’s no other way to say it. The chick’s tougher than the callouses on a crocodile’s clacker. Let’s hope the ‘men’ playing in the big leagues are having a look at that and feeling a little ashamed of themselves.