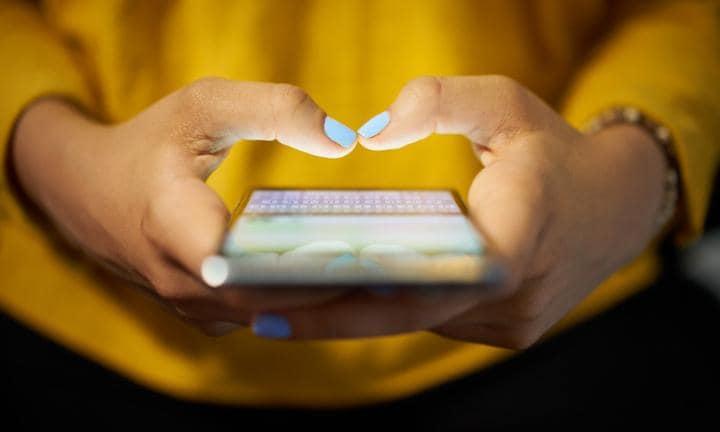 This is one of my worst bloody nightmares. I’ve got some questionable s**t in the deep depths of my phone, and when you’re a stubbie short of a six-pack regarding technology, screwing up like this becomes a real possibility. The young lass in this Reddit thread sent a video of herself in the nuddy, to a group chat consisting of her boss and other employees, rather than to the individual co-worker she’s been tryin’ to pick up.

Speakin’ of being a absolutely knob head when it comes to all things tech, full disclosure. The acronym “TIFU”? I had to give it a Goog, it stands for “Today I F**ced Up.”

Some Reddit users were speculating if the boss was intact justified in his actions, and how he “came” to the conclusion to fire her. Like a lot of stuff on Reddit, the real gold is in the comments section:

This sheila was clearly not happy with the amount of attention she was receiving from the Reddit community, I mean, why else would she encourage “up votes” in exchange for releasing the video in question? For f**ks sake, you’ve just lost your job… but you’re gonna double down with your dignity too? You do you gurl!

Some thirsty AF Reddit users were on board… Helping this young lass toward her goals and her 15 minutes of Internet fame, this one bloke posted this epic call to action direct from his mother’s basement hahaha

hahahah “this day we w@nk!”

While some were recruiting for up votes, others were ensuring the legitimacy and commitment of the original posters claims: 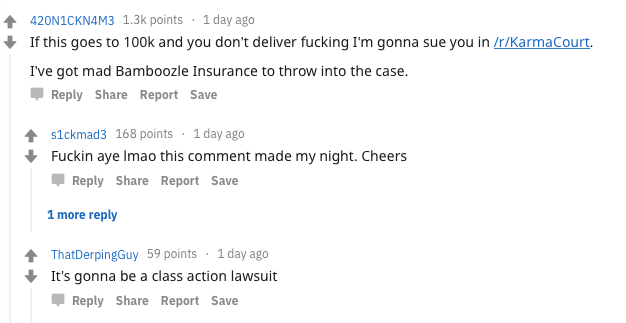 Seems the original poster has just fallen short of her 100K goal, currently sitting at 66K. Not a bad effort though Reddit.

Final thought: Honestly… Even a tech gimp like me knows that nudes and cheeky video clips are for SnapChat. Snapchat for all your kinky s**t people. Problem solved.

And to leave you with a happy ending, although this bird lost her job, she got the bloke she was after. Seems he doesn’t mind working with a bunch of blokes that has seen his missus in the raw.