Sheila gives interview about scooter regulations, gets skittled seconds after

Here’s a fun fact for you: there’s absolutely nothing worse than making a cock of yourself right after you’ve just done something you deserve credit for. We’ve all been there, and that’s probably why we can relate to this chick so much. One minute she’s giving an awesome little interview about scooter regulations, and the next she’s getting f**ked on by some bloody driver!

Rightio, the first thing you’re gonna notice about this one is that there’s a bit of a language barrier. Well, unless you speak Catalan, and, apparently, the Mallorca dialect of it. We don’t know how true that is, but that’s what it says on the internet and we’re sticking with it. 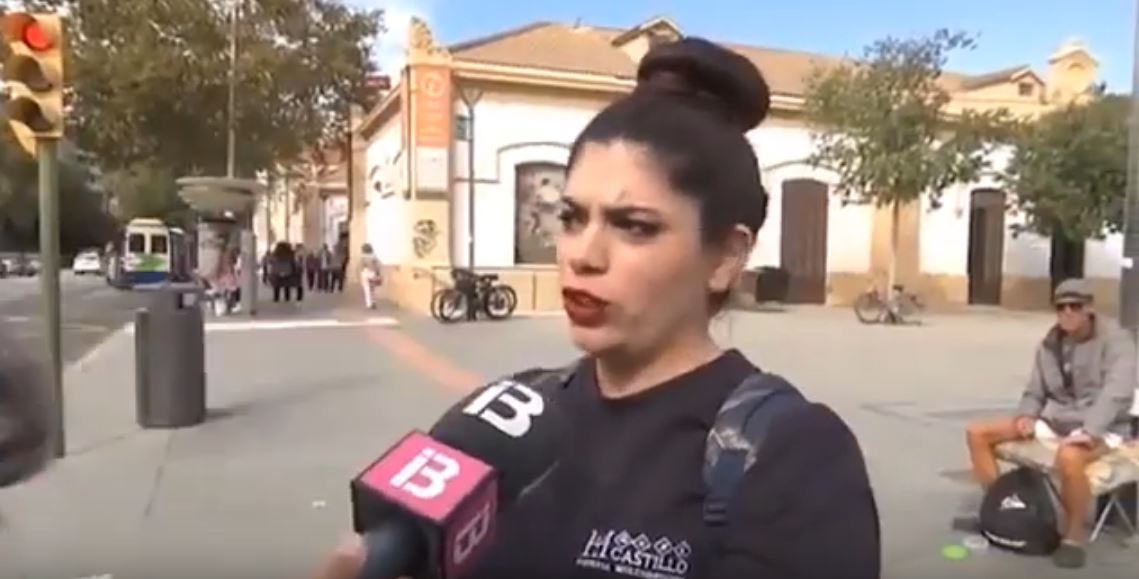 Never mind, though, because some bloody legend on Reddit by the name of pr1maver4 has provided us with a ready-made transcript. So, according to that guy, this is what’s said:

Interviewer: “What are the rules?”

Girl: “You can’t go anywhere unless it’s a cycle path or ACIRE (zones of restricted vehicle access in this city)… uhm… it’s still not mandatory to wear a helmet … and you can’t wear headphones with music … and I think at night you can go anywhere”.

Girl: (still finishing her answer)… “From like 10pm, more or less”

Interviewer: “You pass!!! Thank you!” 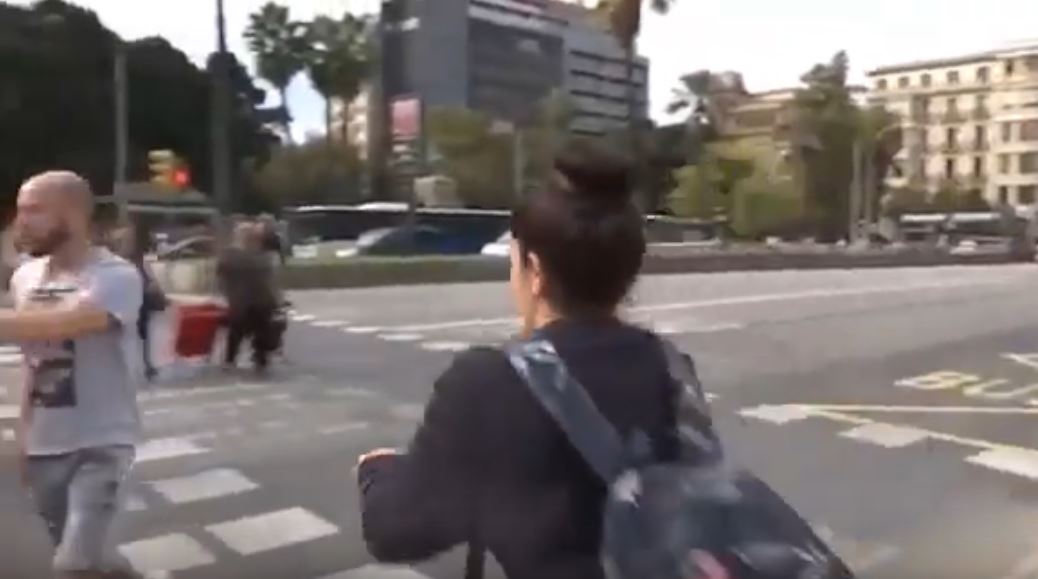 Now, as always, take a pinch of salt with that. But we hope that’s the truth because although the sheila gets skittled only seconds later, we love the fact that there’s so much natural comedy in this that you can’t help but laugh.

Obviously, we hope old love’s okay and we wouldn’t wish harm on anyone, but check it out. She’s as happy as a pig in shit when she scoots off, fresh from smashing a test and feeling like she’s the queen of the scooter riders. The next? 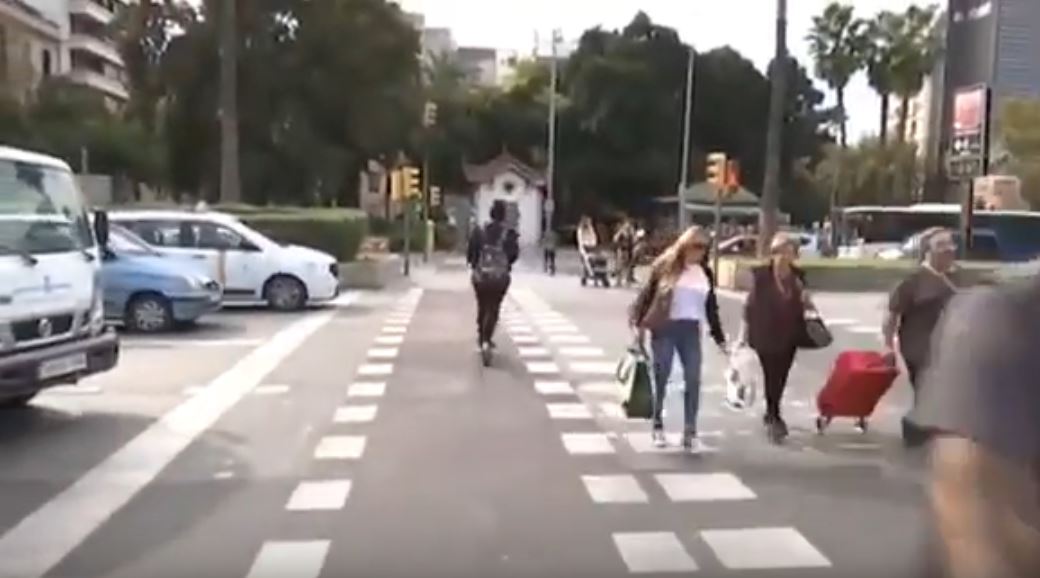 Yeah, that’s right, the second you took to the street you only had one destination, love: Destination F**ked! 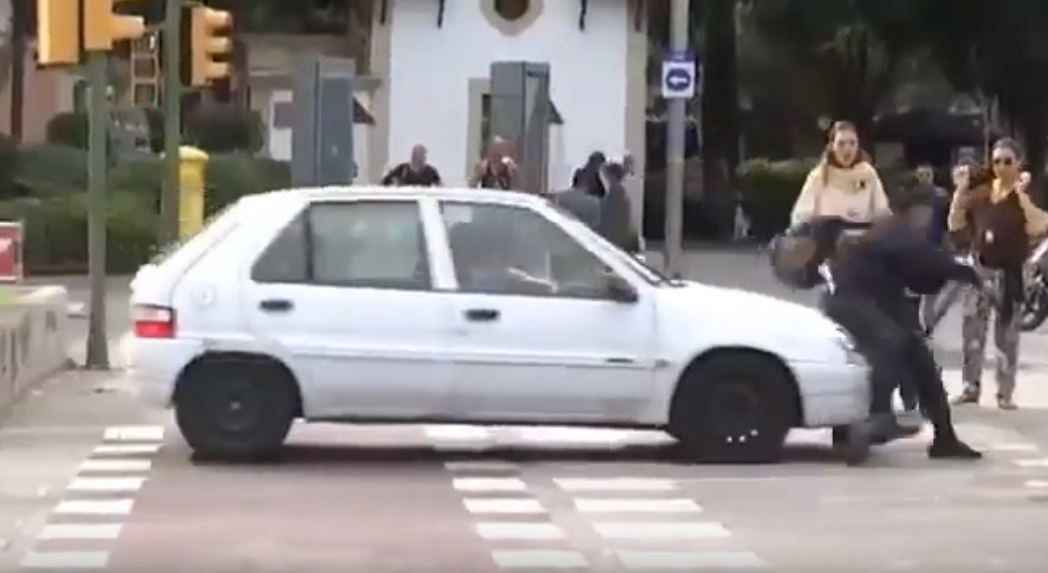 Final thought: If you are the kind of commuter who’s out and about on the scooter, keep your bloody eyes open and don’t count just on your road rules. Not everyone’s looking what they’re doing and we wouldn’t want you blokes or blokettes coming to harm.