If there’s one thing we know all you birds out there in the comments section appreciate, it’s a big rubber donger. Yeah, don’t pretend you don’t know what we’re talking about. A d*ldo. But don’t worry, you’re not alone. It turns out that you sheilas aren’t the only ones. Yeah, nah, a wildlife photographer in the states recently caught a couple of seagulls playing with a d*ldo. Check out the photos below.

Jennifer Warner, the fore-mentioned photographer was out and about at California’s La Jolla Children’s Pool, trying to get photos of a few newborn seals, when she realised the seagulls were playing with something a bit strange.

Not to mention a bit inappropriate for the kiddy pool. 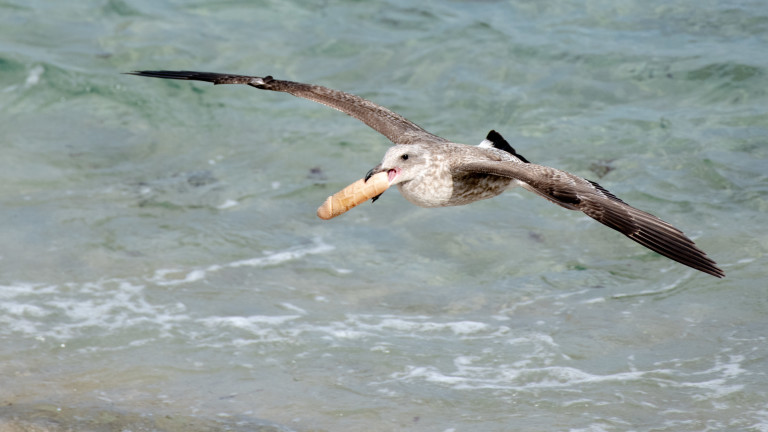 “Before realising what the object was, I was annoyed and mad, because plastic pollution is a real serious problem, and as a conservation photographer I’m documenting human impacts on wildlife,” she told Gizmodo. “But when I realised what it was, while the other emotions still existed, you can’t help but find humour in it.” 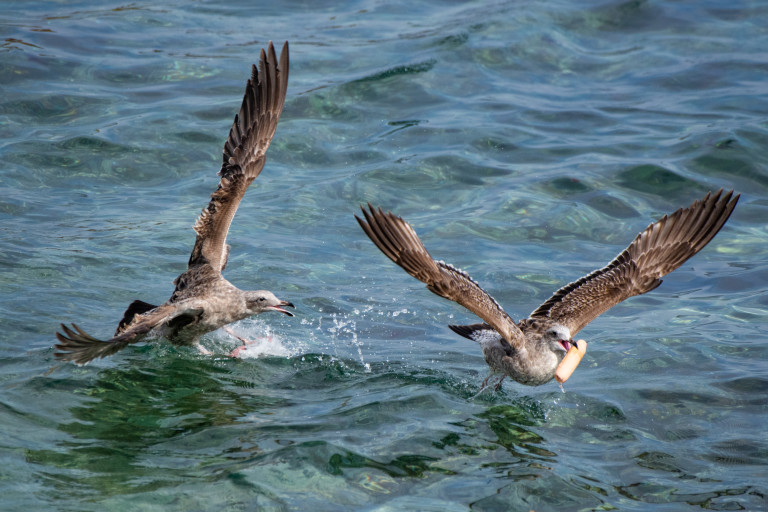 Imagine the scenario. One minute you’re chilling at the pool with your kids. Little Basil’s got a bloody ice-cream cone, and he’s about to take a bite, when Francis starts screaming. You have a look what’s up, worrying that’s she’s trodden on a bloody bindi patch or something when you notice that the flake in her ice-cream isn’t there anymore. 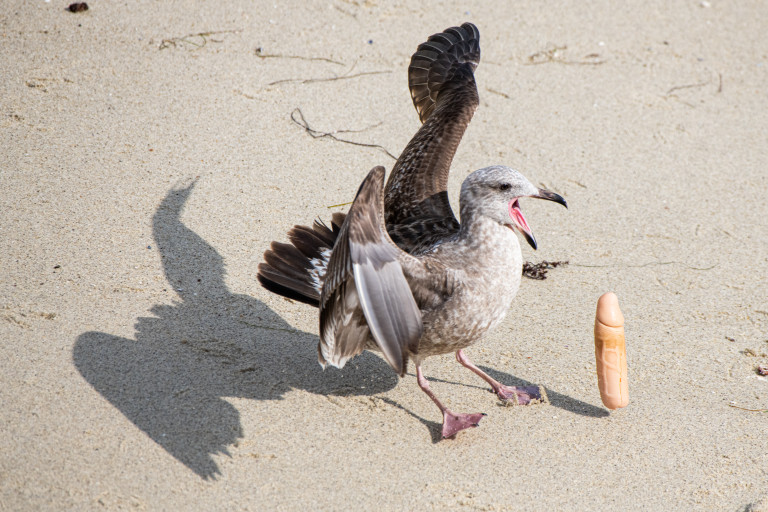 Yeah, nah, the chocolate’s been f**ken annihilated by a falling d*ldo and the bloody thing’s sticking out of her ice-cream like a profane sausage. Before you know it, the seagulls have come flying back in to reclaim their prize, the d*ldo’s gone, and you’re not even sure it happened. Well, not before Jennifer tells you she’s got the whole thing on camera. 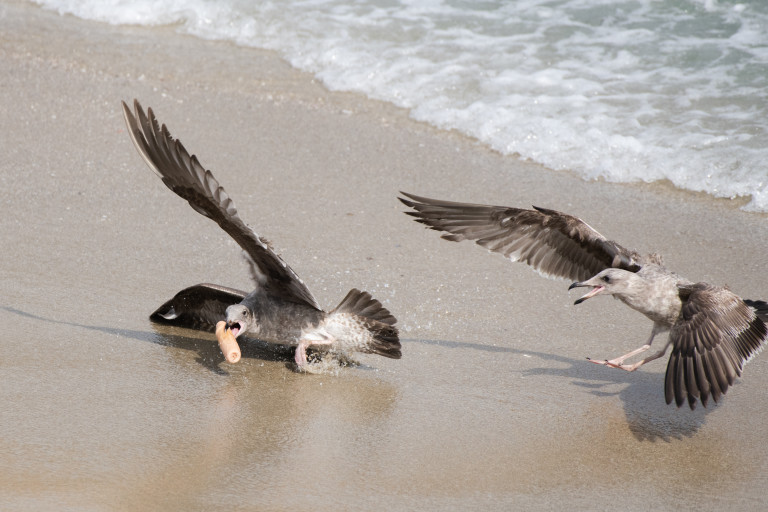 Anyway, if you do have to get rid of your old donger, be responsible with it. Turn it into a showpiece artwork or pass it onto goodwill. Seriously, anything to stop it ending up in a landfill – and in a seagull’s toybox.

Final thought: All jokes aside, we reckon that the old rubber d*ldo contributes a fair bit to pollution. We’re not sure how to fix that. If you’ve got any ideas, load up the Facebook comments with ‘em.