As you know, the world is friggen chock-a-block with crazy. It really doesn’t matter where you go, you’re pretty likely to bump into at least one person who’s positively cuckoo. And, yeah, nah, we’re not trying to talk about mental illness here, we’re talking about the kind of crazy that’s reserved for those strangers you meet who leave you going, “Okay, what the fug was that all about and why did that just happen to me?” This is one of those stories… 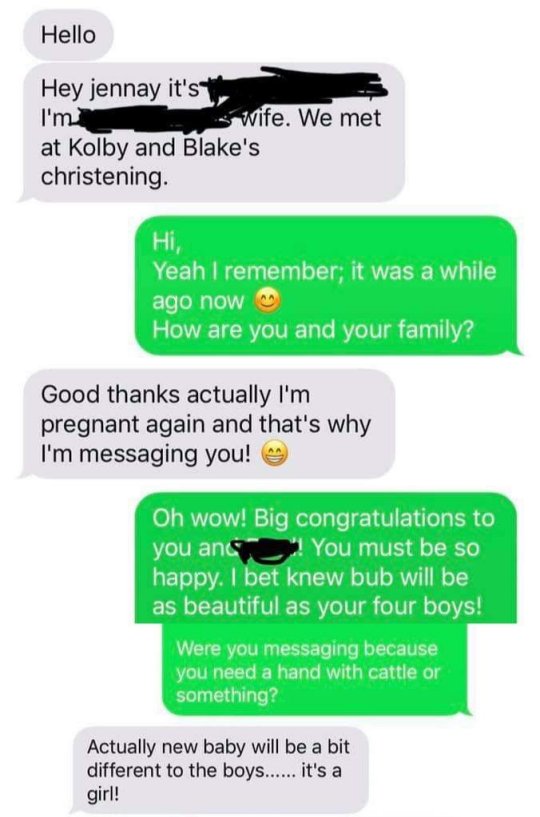 In today’s presentation, you’re going to meet a seemingly relaxed and cool sheila named Jennay. Jennay, though, has a problem. She’s not aware of it yet – and that’s because an entitled pregnant mother hasn’t come in like a bulldozer – but her dog Tilly is causing one woman in particular an awful lot of grief.

That woman, it turns out, has a proper hard-on for the name Tilly. Deadset, she friggen loves it so much, she wants her only daughter to take that name and claim it forever. On top of that, she’s pretty bloody adamant that no one else should get to use the name ever again. 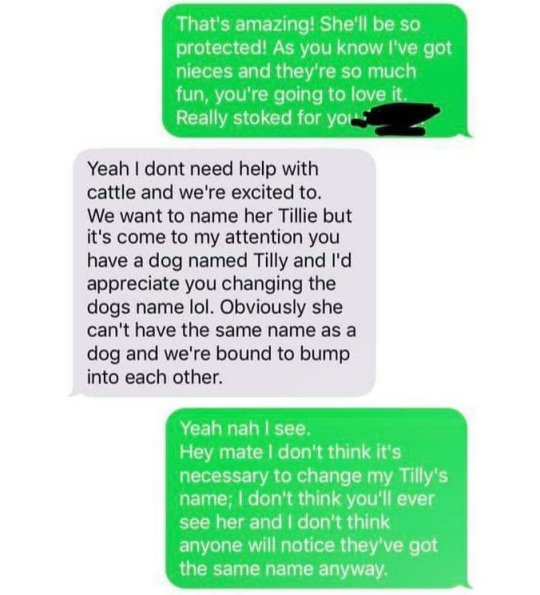 Yeah, nah, she’s totally like, “Oi, Jennay, your mutt’s name doesn’t work for me and I reckon you should change it.” Of course, this is a pretty extreme request. Especially when you consider that poor old Jennay is just a friend of a friend.

As you can imagine, Jennay’s polite about it, but she’s still kinda like, “Yeah, nah, f**k you.” After all, Tilly the dog was here first and if you change her name, she’s only gonna get confused. Despite Jennay’s relaxed response, the pregnant mum loses the bloody plot. 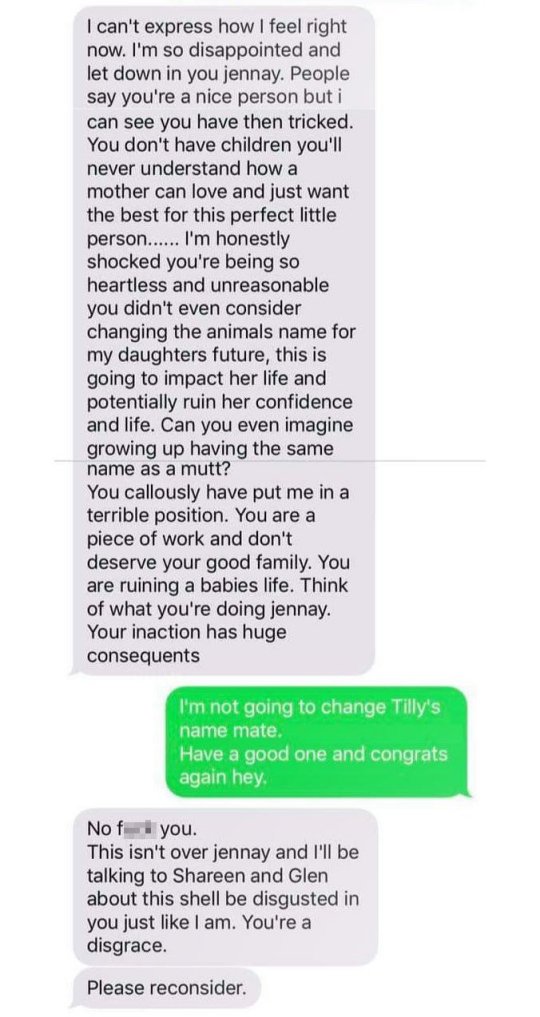 She enters carry-on mode, chucks a few expletives into things and genuinely behaves like a bit of a pork chop. She goes full personal and just blasts poor old Jennay, who, again, is just like, “No worries, love, congrats again.”

Final thought: As always, we’re working on the proviso that this could be a load of bull, but admit it, you know at least one friend who’d be neurotic enough to pull this stunt. Do us all a favour and name and shame ’em in the comments section.