Any Ozzy worth their salt will tell you that sun safety’s a pretty f**ken important part of life. Apparently, though, were not the only ones behind that message. Yeah, nah, it appears there’s a faction in Las Vegas that want to make sure some of the local pigeons are safe from the horrors of melanoma and sunburn. Unfortunately, their methods are a little over the top. They’re so keen on the project that they’ve gone and glued hats onto the pigeons’ heads. As you can imagine, animal rights groups aren’t too keen…

Righto, as we just mentioned, we’re heading to Las Vegas for this one. That’s where locals have been amused by the hat-wearing birds. Deadset, they’re so stoked with them that they’ve even given them names: Cluck Norris with the red hat and Coo-Lamity Jane with the pink. 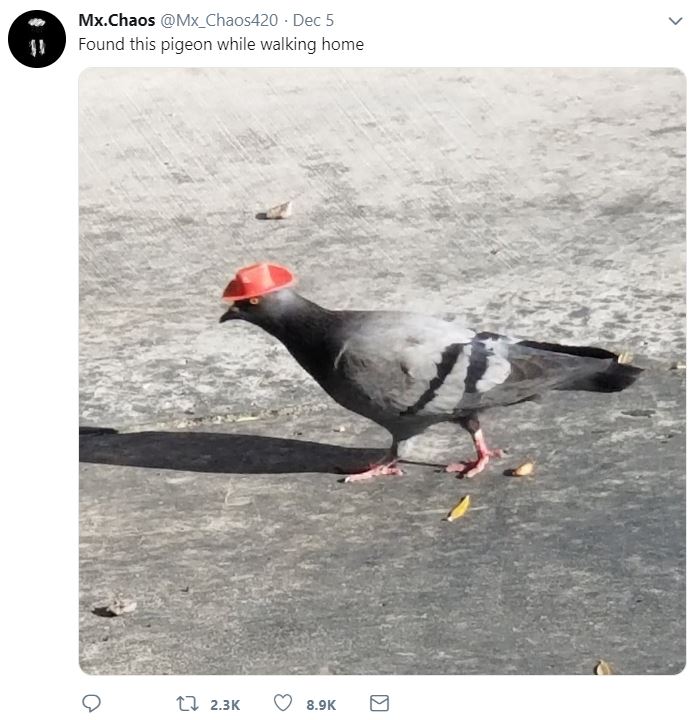 Now, we’ll get to the rest of it in a moment, but some kudos is deserved here. Whoever came up with those names is a f**ken legend, and boy or girl, if they’re not a dad yet, we can only believe they many progeny will spawn from their loins, such is the quality of their pun-game.

Right, so, let’s get back to the pigeons. They first came to the attention of the internet’s ever watchful eye when internet user Bobby Lee filmed them and whacked the footage up onto Facey. A few people have snapped pics since then, and the birds are finding their fame take wing. 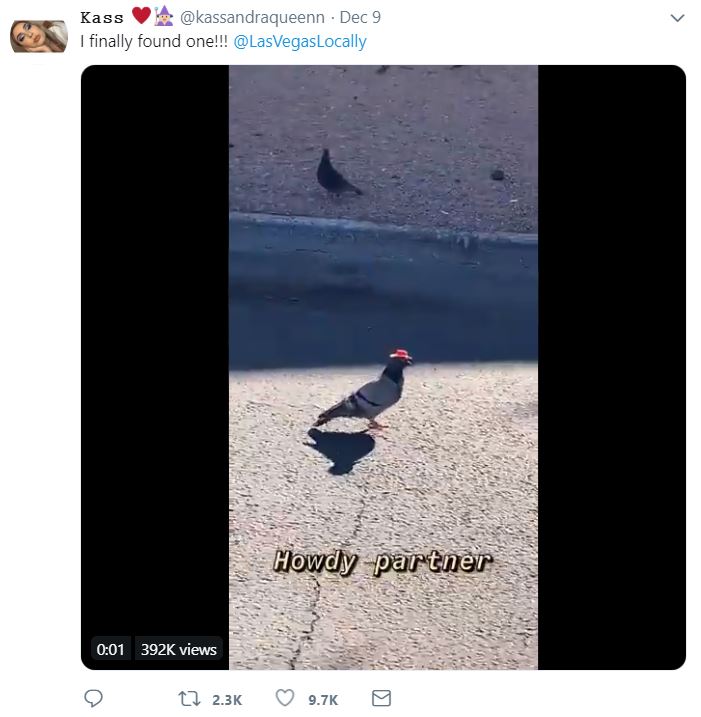 However, and this one’s a pretty legit however, Mariah Hillman, who works with a local animal charity called Lofty Hopes reckons that although the hats are cute, whoever’s putting them on the birds is using some pretty cruel methods.

She reckons they’ve been making the hats stay put with what must be some intense adhesive, and that raises some questions about their treatment of the birds. “When we saw them today, you could see some loose feathers in the glue around the hat. It’s definitely a concern,” she said. 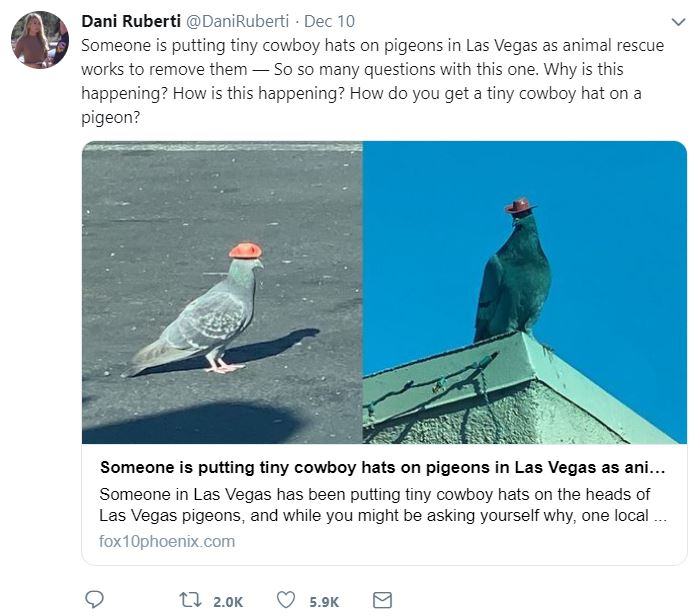 Lofty Hopes has been trying to catch the birds so they can check out their wellbeing, but the whole thing’s proving to be a bit of a rigmarole. The birds have been difficult to trap because they’re being fed so much by members of the public before the group can get to them that they’re too full to take bait from the group’s volunteers.

Well, it’s either that or they don’t you to take the hats off them. One of the two. 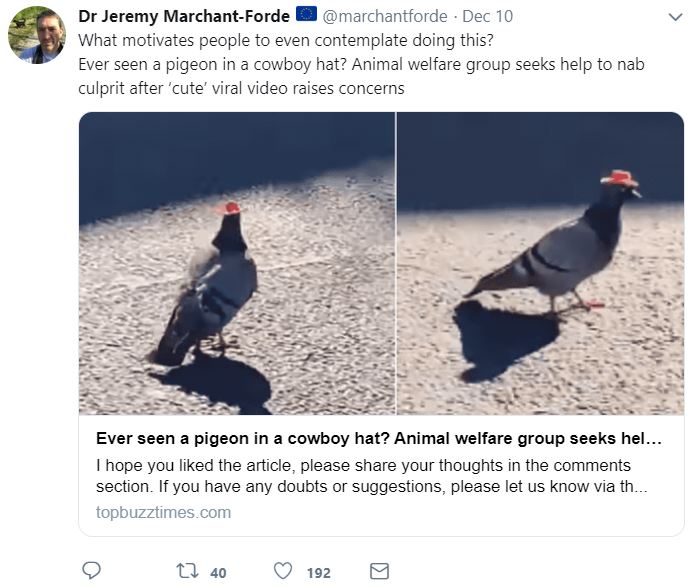 Final thought: Yeah, as you know, we’re pretty keen on treating animals with a bit of respect and dignity. While these little critters don’t seem to have been physically harmed, it’s still probably a bit much to physically glue the hats to their heads. We love a bit of sun safety, and we’ll advocate for hats, but we’re not sure we’d want ours glued on. Anyway, over to you; do you reckon this is all right, or do you reckon it’s a bit s**t? We’re going with ­kinda funny, but still s**t. Give us your two cents in the comments section.

Someone is putting tiny cowboy hats on Vegas pigeons. There are consequences to legalizing marijuana. pic.twitter.com/CdK06gauYQ