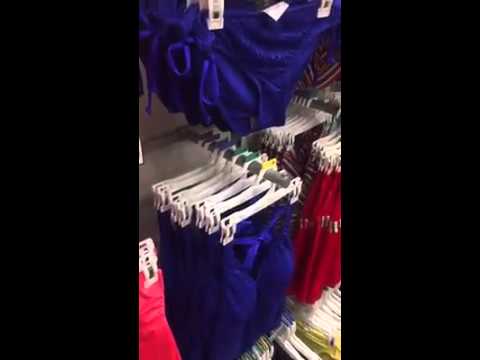 Pervert Legs It After Sheila Starts Filming Him

I do enjoy a story where the tables are turned and someone gets a taste of their own medicine.

When the watcher becomes the watched, the hunter the hunted, or yeah nah yeah when someone gets caught for being dodgy in general.

A known dodgy fella in the U.S in Florida was up to his old tricks again (which includes putting shoe-mounted cameras in changing rooms and asking sheilas about underwear, confirmed by Daily Mail) recently in a Target store, but a sheila who he talked to on a previous occasion was ready for him this time.

She quickly turns the camera on him as he strikes up a conversation with her.

His response is an immediate admission of guilt and being a dodgy wanker.

She even chases him for a while. Amazing scenes below:

He appears to have kept in shape so he can leg it when these situations occur. He was lookin’ to smash Usain Bolts world records.

I love how she grows in confidence the more she chases him.

We start out with her saying “hey where are you going?” to “YEAH KEEP RUNNING MOTHER FUCKER.”

Good on her for exposing him.

The police did catch up with him and at this point he’s been arrested for reckless driving. He has previously been charged with video voyeurism in Jacksonville, U.S.

The Daily Mail has more info on his dodgy activities. I’m not gonna regurgitate it all. But yeah, he’s a creepo. It is known.