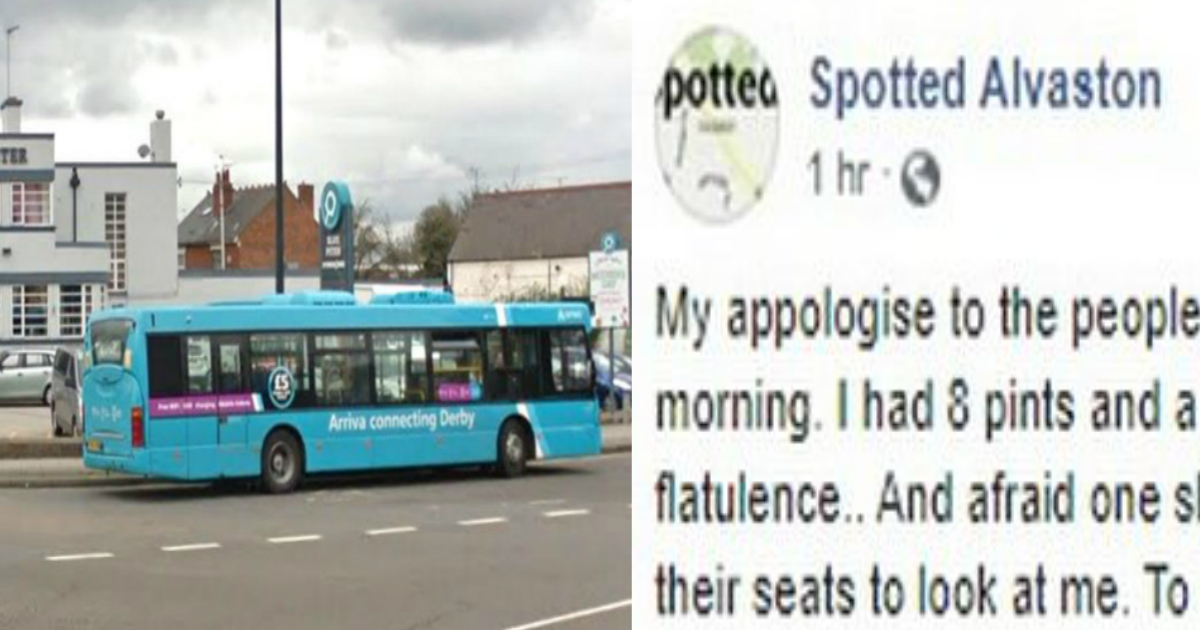 Let’s not be precious about it: farts are funny. Deadset, have a think about it. If there’s one thing that can unite people in laughter, it’s a good bloody fart. You can get a bunch of people from different cultures, who speak different tongues and worship different gods in one room and all it’ll take to get them laughing in unison is for one of them to rip some material. Of course, that doesn’t mean farts can’t be embarrassing. There is a time and place to let the toothless one speak, and in polite culture, that place isn’t the bus. Which leads us to today’s story…

Righto, ya big bloody stinkers, today we’re heading to Derbyshire in the UK.

That is, apparently, where a man who’d smashed 8 pints and a kebab treated their fellow passengers to a rendition of the sphincter song so rousing they needed to apologise for it on Derbyshire’s Spotted Alvaston Facebook page.

“My appologise (sic) to the people on the bus from blue Peter to Derby this morning. I had 8 pints and a kebab before bed last night. I had terrible flatulence. And afraid one slipped out very loudly. 4 people turned round in their seats to look at me. To be fair, it felt like I was on The Voice.”

The apology was seen as bloody newsworthy in Derbyshire – and the local rag even reported on it. As we said before, though, one person – who may or may not have ripped the toe-curling, paint-peeling, cheek-splitting bung blast – has since claimed it was supposed to be a joke.

Still, you can’t help but feel they’d have been better off staying quiet. If this Glenn Martin fella’s the culprit, he wasn’t identified in the original post. 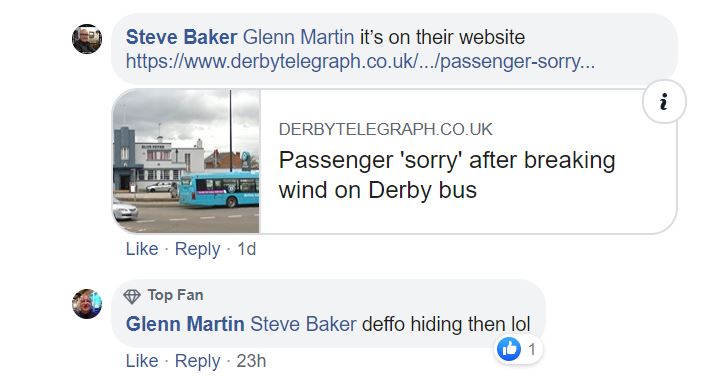 Glenn, if you’re just feeling defensive now and are trying to save face after beginning to feel somewhat ashamed, you’ve only admitted to the dirty deed. If you didn’t do it, you know that we’re always gonna think of you as that guy from now on.

Final thought: This one has all the hallmarks of the boy who cried wolf about it, and we’re not sure which truth to believe. Either way, we’re not sure we wanna catch a bus with you anytime soon. Well, not unless you want to pull our finger first!