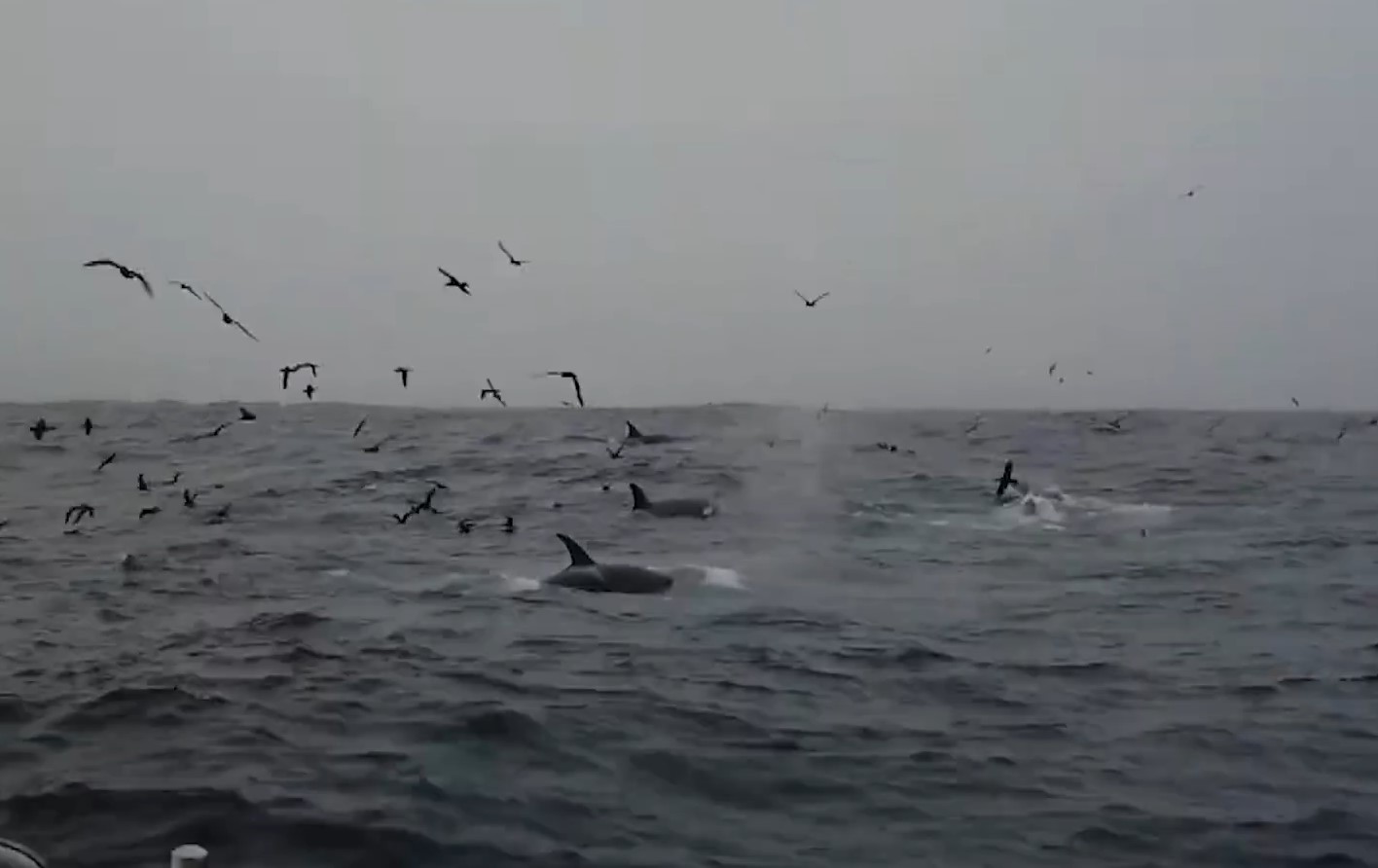 While this won’t come as a surprise to many, orcas (aka Killer whales) are not friendly or cute. Yeah, nah, these lethal bloody weapons are f**ken supreme predators with the brains to organise coordinated attacks and the ferocity to completely f**ken destroy sharks, whales, seals, and just about anything else they want. Put simply, they are not to be f**ked with. In the brutal footage below, you’ll see the proof. If you want to…

As a bit of a precursor to this, just know that like the best Attenborough doccos, this wildlife story contains scenes of brutality. Yeah, nah, these killer whales orca-strate a f**ken hectic attack on a blue whale. There is blood. You’ve been warned. 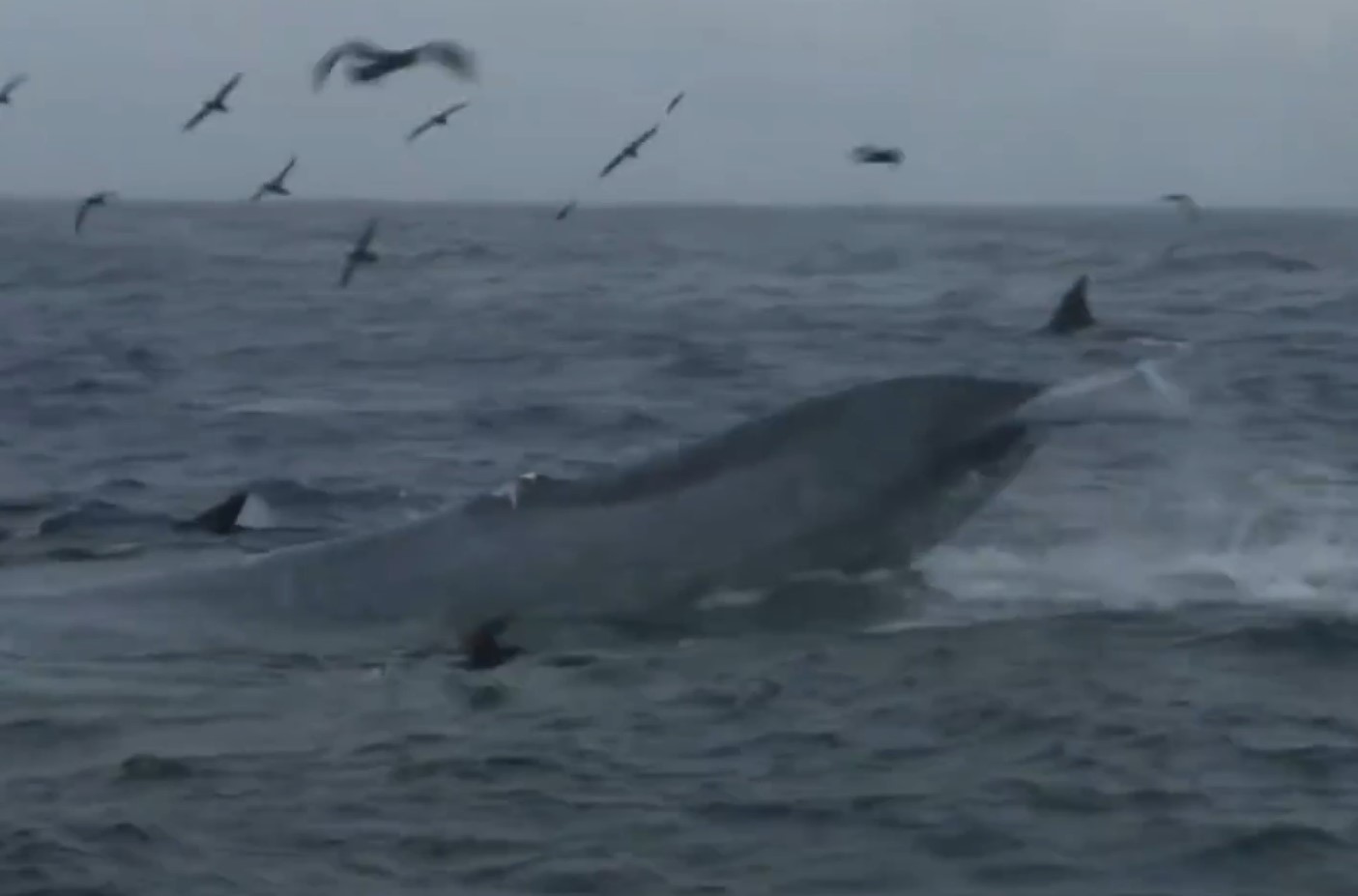 Basically, a paper published in Marine Mammal Science has ‘confirmed’ what scientists claim to have known about orcas for a while: that they hunt in packs and that they go for the tongue, but according to Erich Hoyt, a research fellow at Whale and Dolphin Conservation, the paper, “is the first to really confirm a blue whale kill and at the same time it provides firm confirmation that killer whales will even go after mature healthy blue whales.” 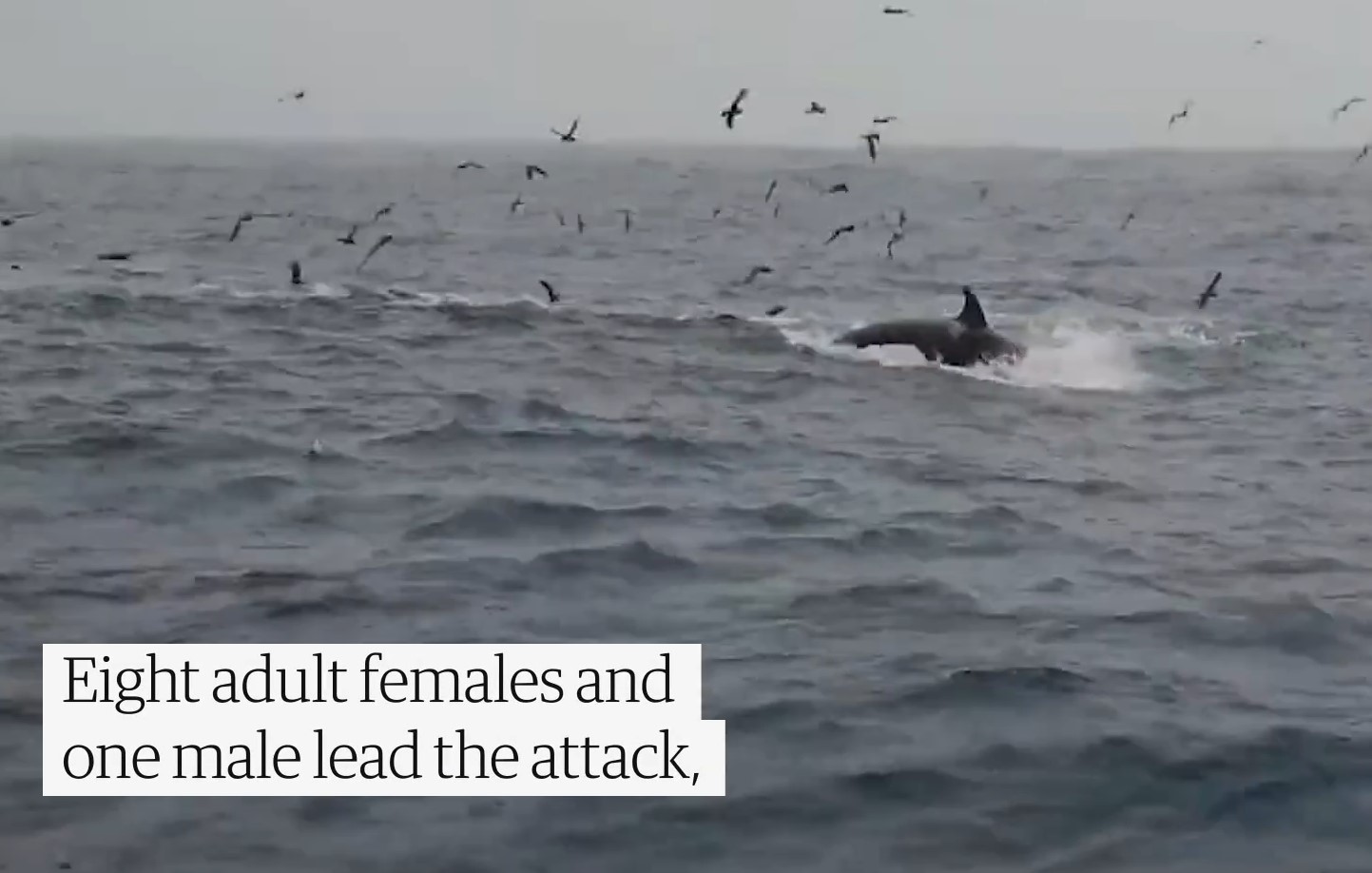 Since 2019, the authors of the paper, including Robert Pitman of Oregon State university, have observed a pod of orcas hunting and killing blue whales in three separate attacks. “Here we provide the first documentation of killer whales killing and eating blue whales: two individuals killed, 16 days apart in 2019, and a third in 2021,” the paper says. 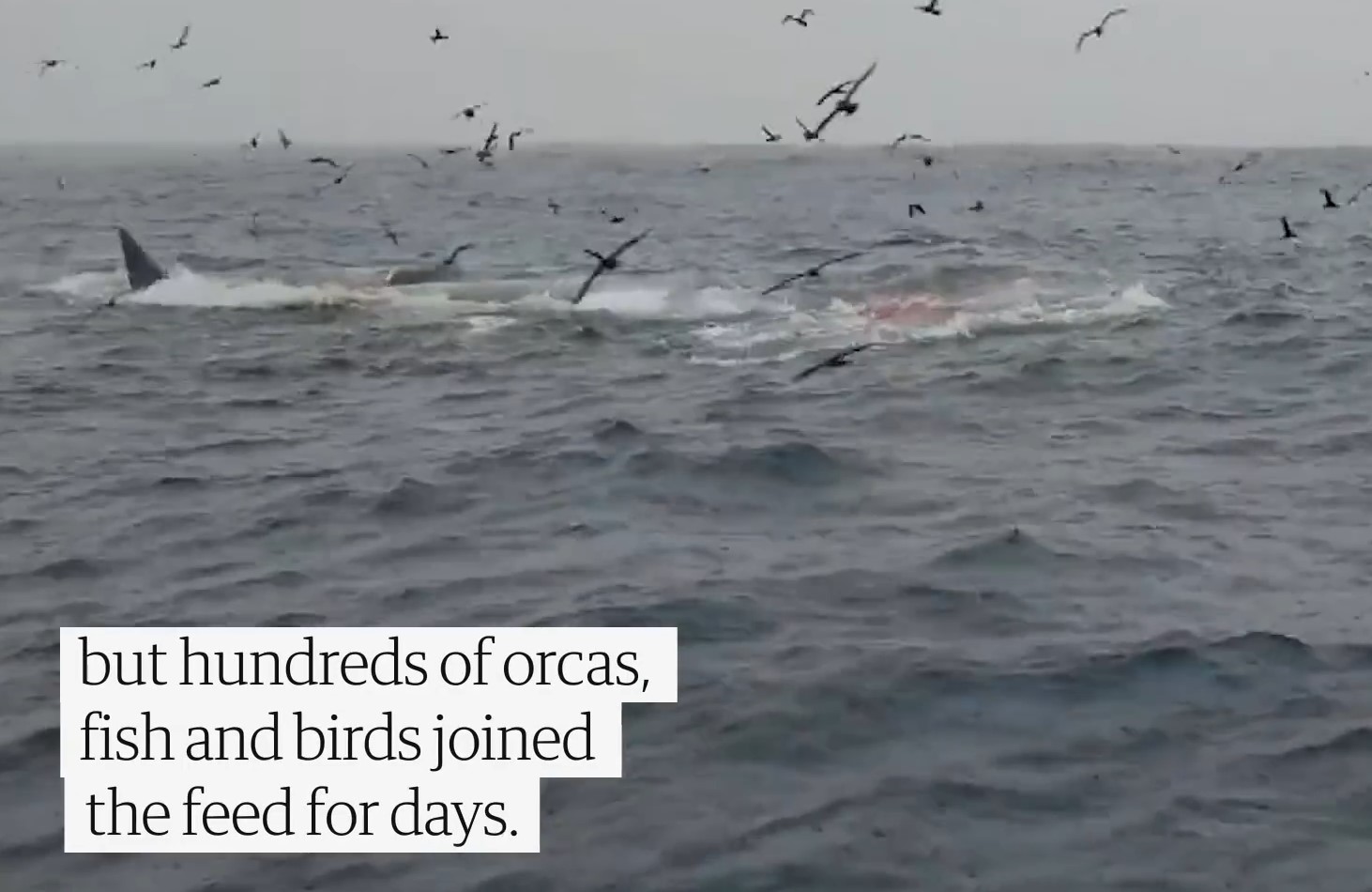 According to reports, by the time the researchers had gotten to the blue whales, the dorsal fins had been ripped off. The orcas had also taken several chunks of blubber – and the nutritionally dense tongue. After the attack, 50 more orcas came for a feed, as did a s**t-tonne of seabirds. 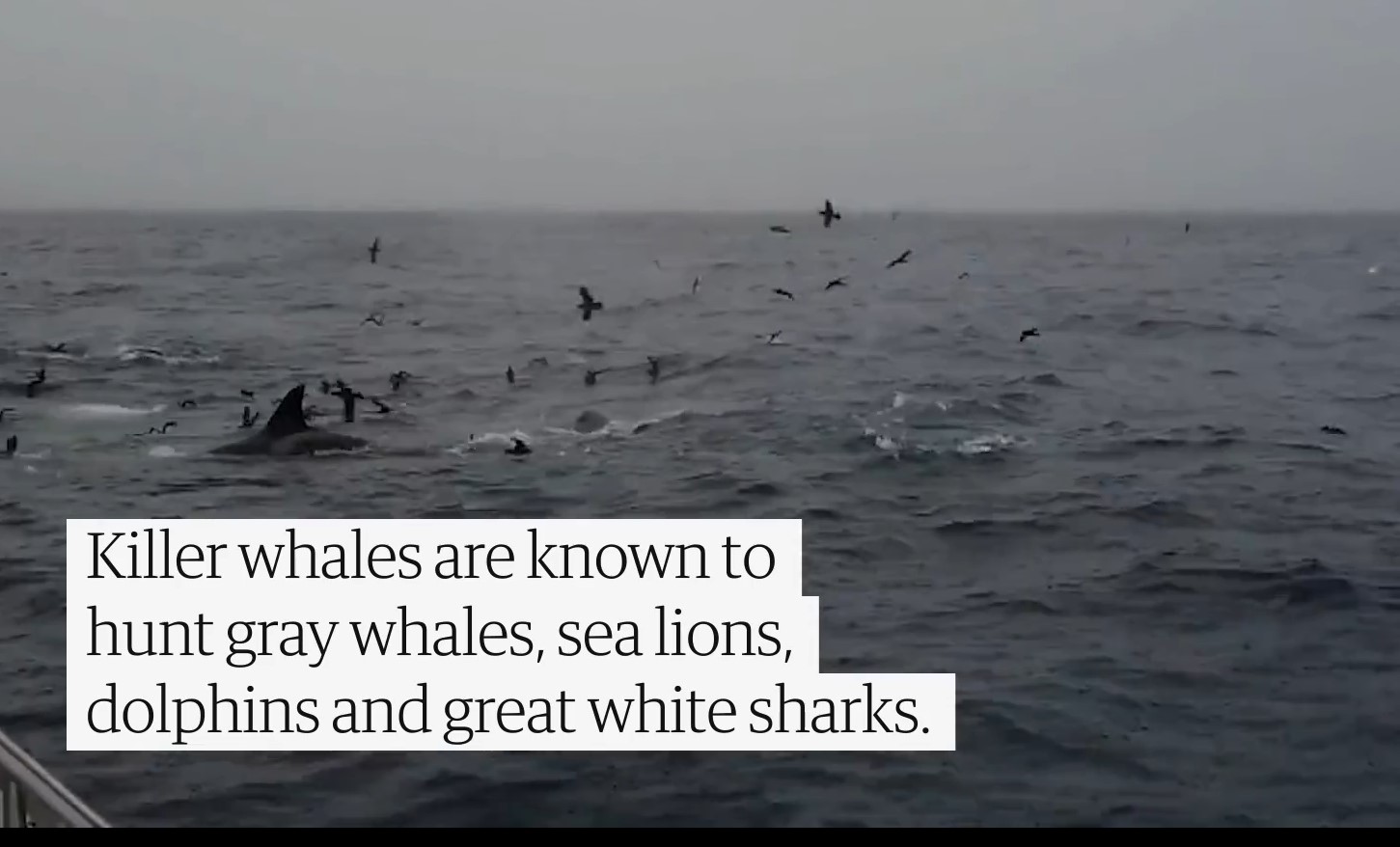 As we mentioned, the whole thing’s pretty f**ken brutal. But, we couldn’t help but notice one key quote from Pitman. “Maybe what we’re starting to see now is how the ocean used to be before we took out most of the large whales…As some of these populations continue to recover, we have a better chance to see how normal marine ecosystems function.”

Turns out food for whales can be food for thought too.

Final thought: Yeah, nah, it’s really easy to forget just how bloody dangerous hungry pods of orcas are. These guys are f**ken apex predators and they know exactly how to take down massive prey. Bloody nature is an epic beast. For sure.

Just in case you missed it, here’s one of Ozzy’s classic commentary videos…Ozzy Man Reviews: Orca VS Otter