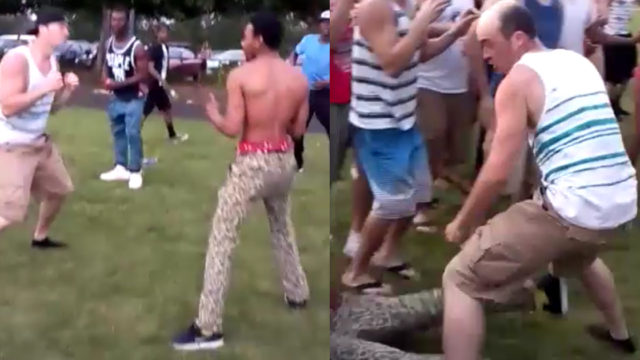 Youth versus experience. Young versus old. Lad versus lord. However you want to put it, it’s a debate as old as time itself. The video you’re about to watch puts it to bed as emphatically as any video you’ve ever seen. Check it out…

The video opens on a scene of chaos. According to reports, the forty-five year old father was enjoying some time at the park with his kids when a fight broke out amongst the Spring Breakers who were running amok. Being a proper family man, he tries to break it up, but gets only a sucker punch for his troubles. 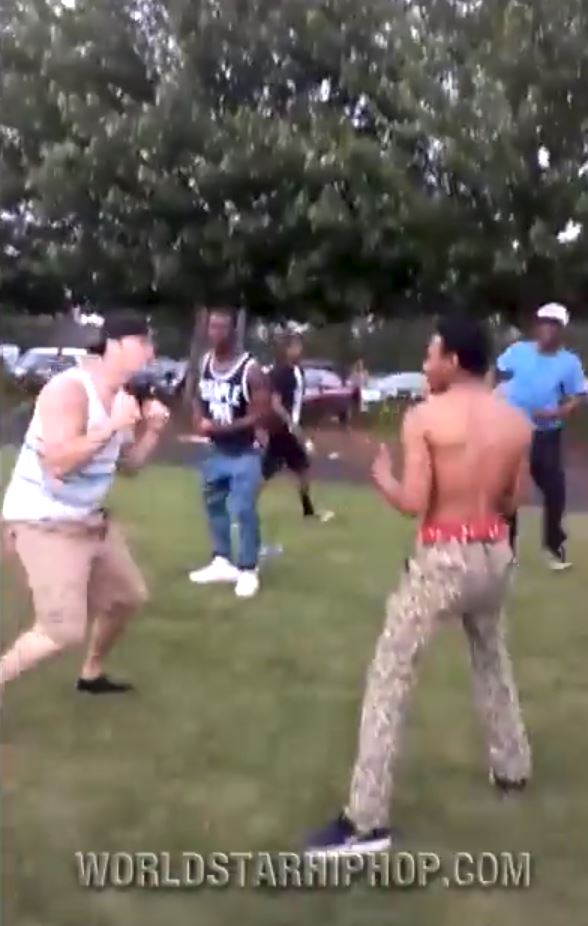 And that’s when he transforms from an ordinary dad into a f**ken monster. He is not taking that insolence. No f**ken way. He unleashes the kraken. Have a look at it. He backs off a bit, adjusts his hat, shapes up and then just bloody charges. 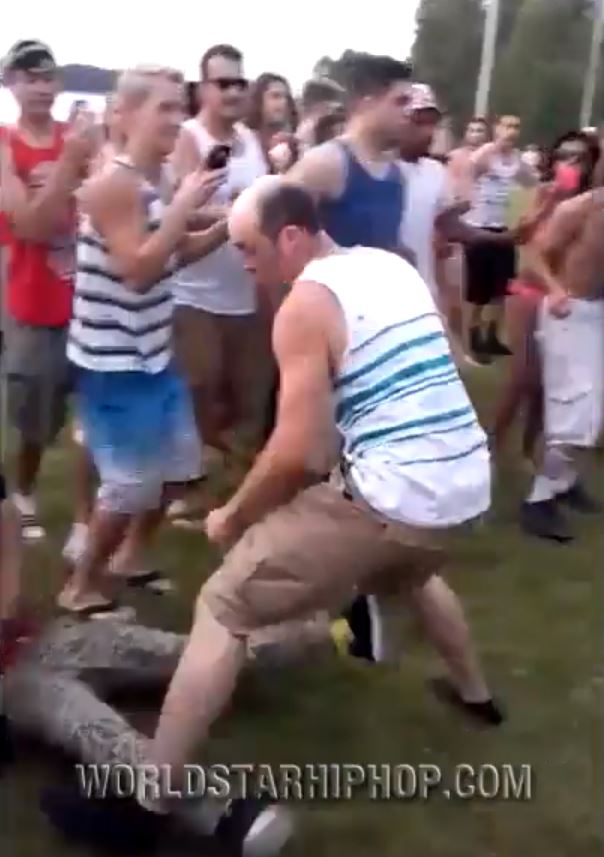 The haymaker. Fark! You can see it coming a mile away, but with Dad almost running through the kid, his fist falls like Thor’s bloody hammer. The kid is rocked. He keeps swinging but he can’t deal with Dad’s forward momentum. He hits the deck.

The other Spring breakers just keep filming the events and cheering on the fight. As they watch on, Dad punches at the young fella’s hands and sort of half helps him up just so he can land a solid bloody shot on old mate’s jaw. One of those Spring breakers needs to start playing the opening riff from Enter Sandman, because it is lights out for this little prick. He’s going nighty-night. He’s going for a kip. He’s going to the land of the bloody fairies.

The other Spring breakers mill around. It’s not really clear what the f**k is going on, but Dad should be free to go back to his kids and bask in their adoration. 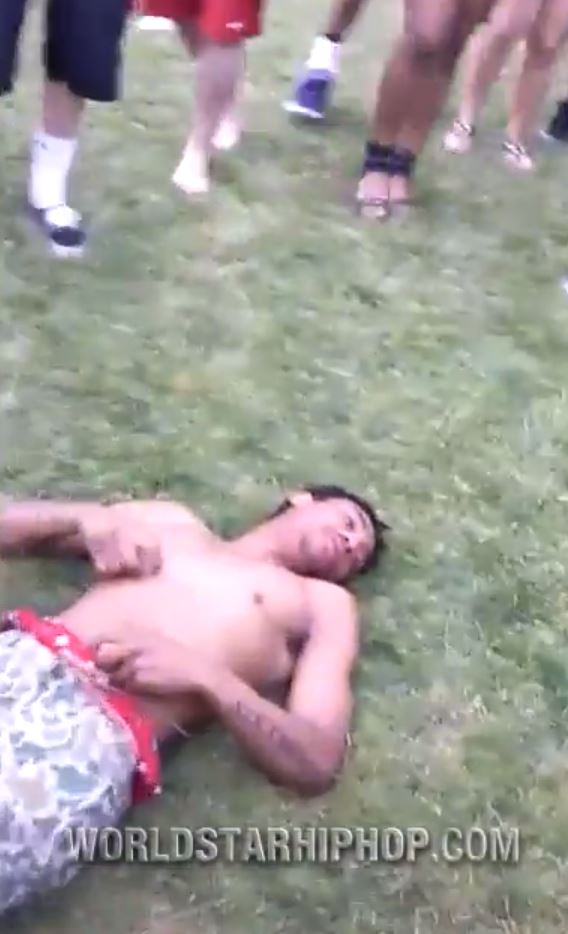 Final thought: Don’t f**k with the old bloke. That should be some pretty helpful advice for all you young whippersnappers out there. Chances are that if the old b**tard is ready to battle a younger, faster, fitter bloke – who also has all his mates present – he’s going to be a challenge for you.