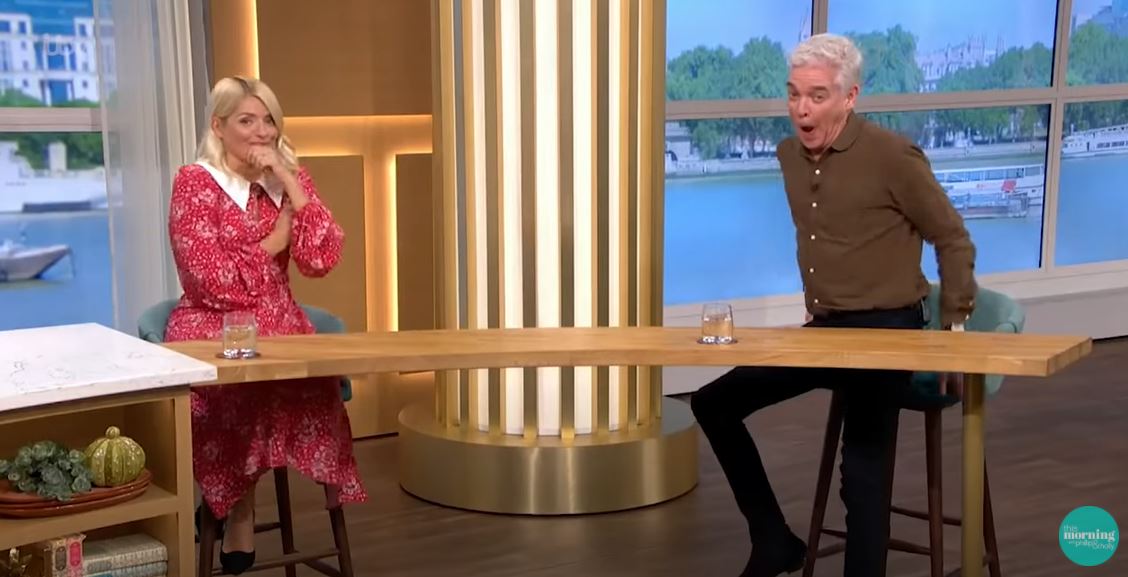 Live television. At times, it can be amazing. Mostly, though, it’s pretty much standard fare. But, occasionally, something goes awry and leaves audiences cringing, hosts gasping, and the internet laughing. In a recent episode of This Morning, one of Pommyland’s most successful breakfast shows, an ageing nudist was helping spruik a prize car when he revealed a little more than the gearstick and wing-mirrors.

If you don’t know too much about the show, don’t worry. From what we can gather, it’s a standard morning show with casual and relaxed hosts, comical roving reporters, and visits to quirky locales. 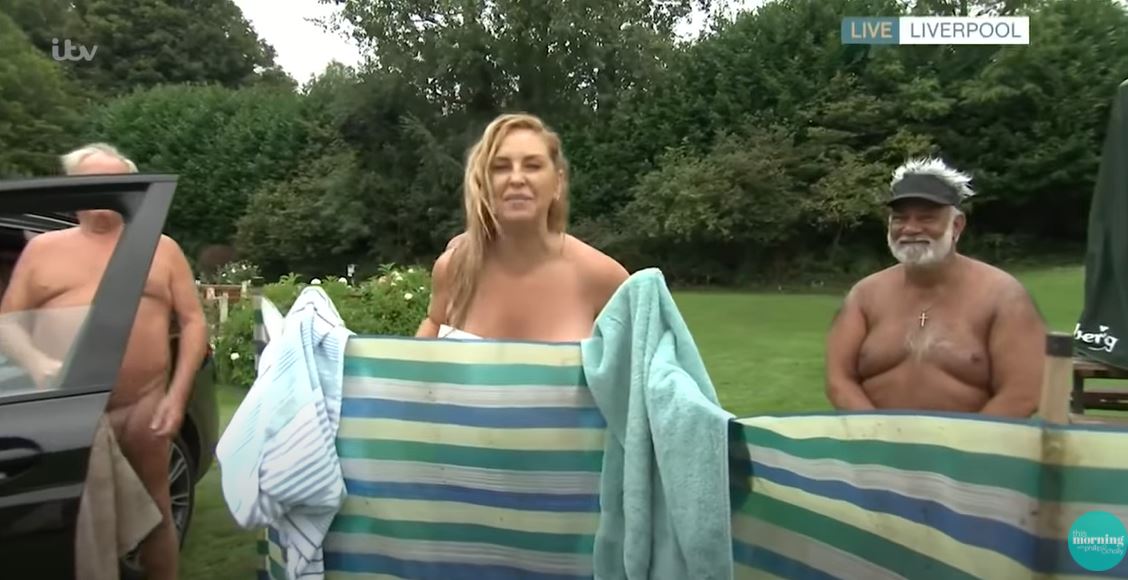 On this particular show, the show’s travelling reporter Josie Gibson was visiting a nudist colony. Yeah, nah, if you know anything about live television, it’s that this kind of adventure always ‘goes wrong.’

Despite Gibson first appearing fully clothed while she spoke to the typically older crowd of nudists, she later joined them for a carefully framed scene in which she was introducing a competition to win a car. 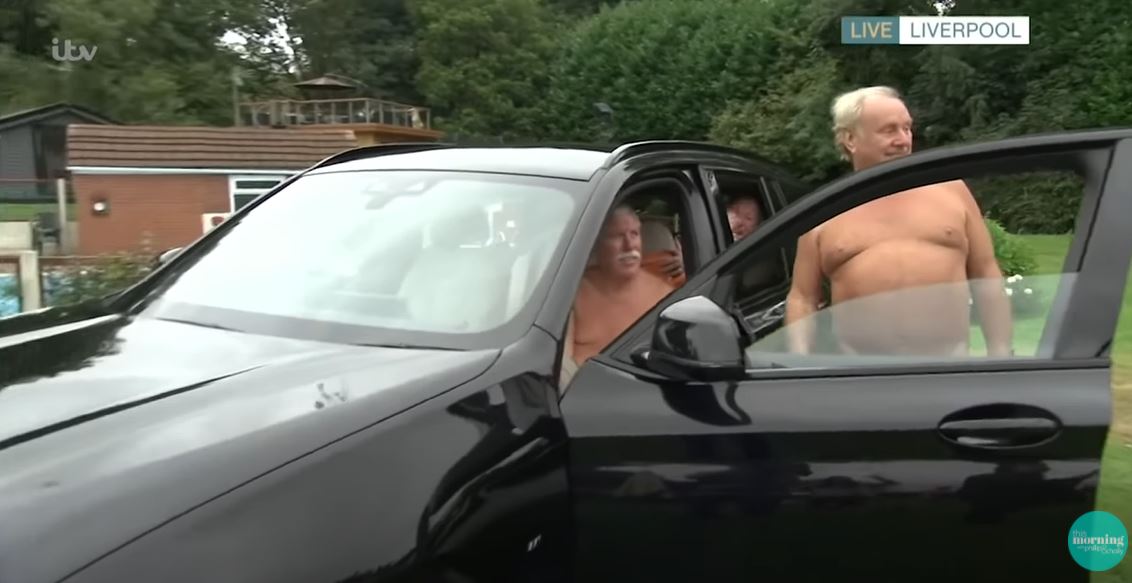 Everything was well-placed to avoid the prospect of viewers getting a hefty dose of old-man-wang with their tea and crumpets, but you just can’t help human error.

While telling viewers that the car comes in a choice of colours, one of the old blokes modelling the car stepped out of position just as the camera panned.

Phillip and Holly, the show’s main hosts were visibly cringing while the old bloke – probably completely aware of what he’d just done – shuffled his salami back out of view. 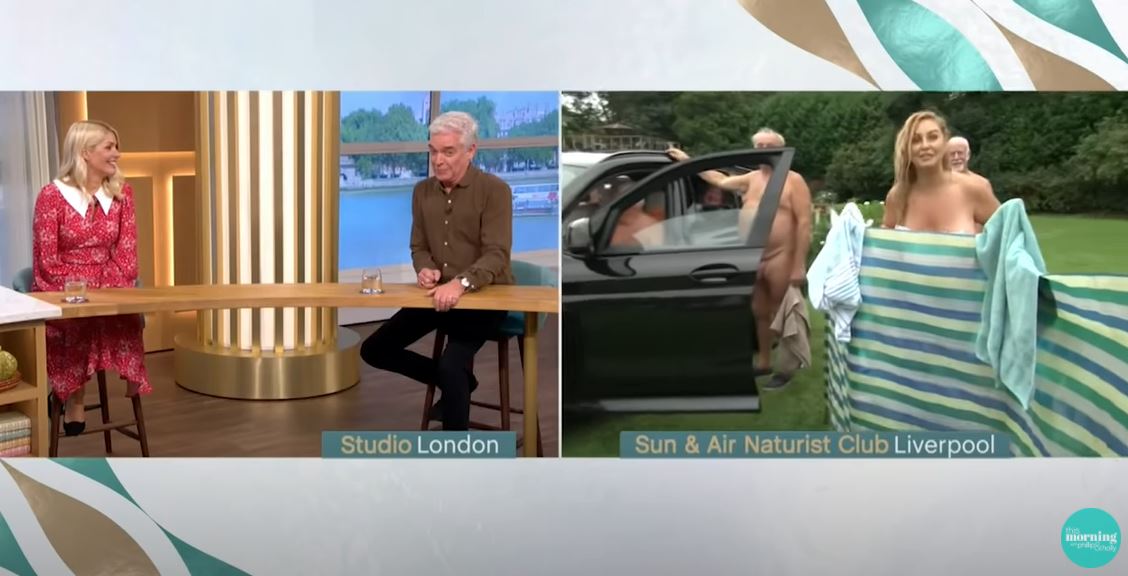 Yeah, nah, it was more than close. It happened.

Final thought: As you know, we’re all about people doing what makes them feel good if it’s safe and it’s not causing any harm. Still, you’ve gotta be wondering why it’s always the same people who seem to make up these communities, and why there’s ALWAYS a mishap when the nudists are on live television. Seriously, it’s almost like these people are trying to get their schlong on out there. What do you reckon?