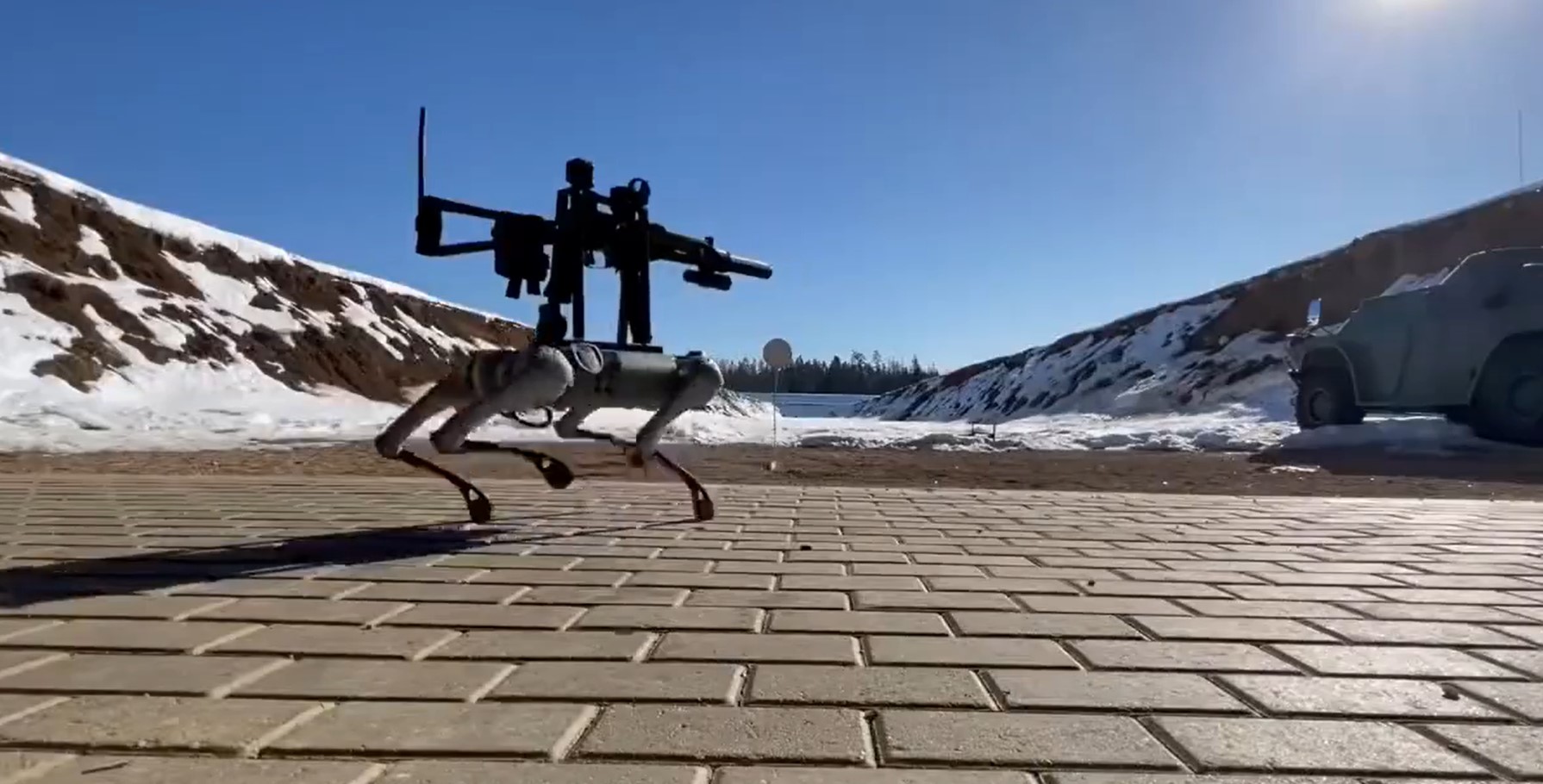 A while back, when those dancing robot dogs Boston Dynamics were making dance first appeared on the internet, some people were like, ‘yeah, nah, this s**t’s not gonna end well.’ Naturally, most of us were like ‘she’ll be right,’ and didn’t worry about it. Now, after seeing this footage, we might be rethinking that s**t. Check it out…

All right, for a bit of context, we’re just gonna assume you’ve seen the robot dogs we’re talking about. The most famous ones are Boston Dynamics’ dancing ones, but there are plenty of others on the market. Already, we’ve seen them used for some pretty novel purposes, but this takes the cake. 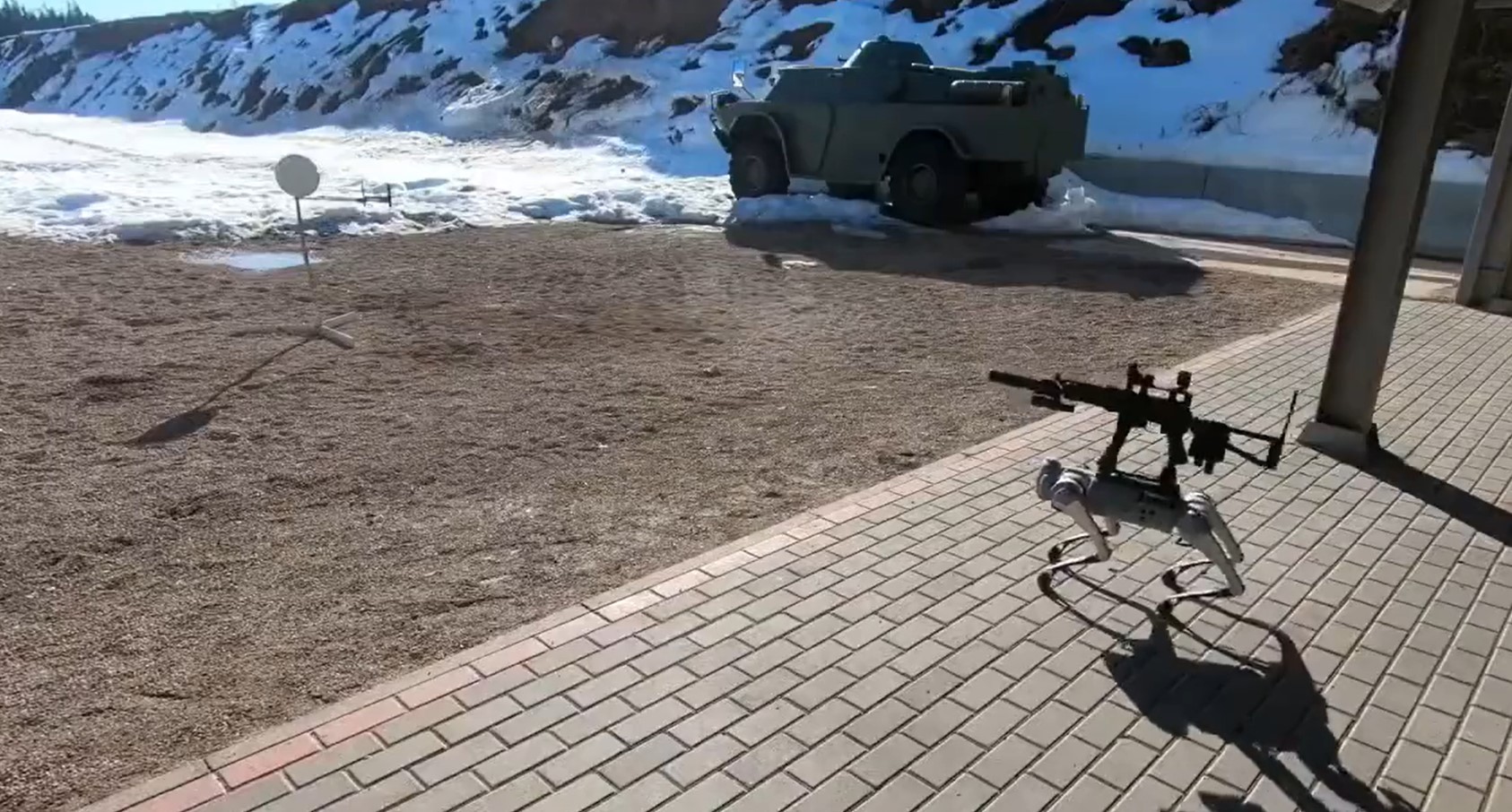 Basically, Hawaii has used them to take the temperatures of the homeless, and NYPD cops have used them to patrol buildings. As far as we can tell, though, no one’s known to have strapped a gun to one of the f**kers and fired off a few rounds prior to the release of this video. 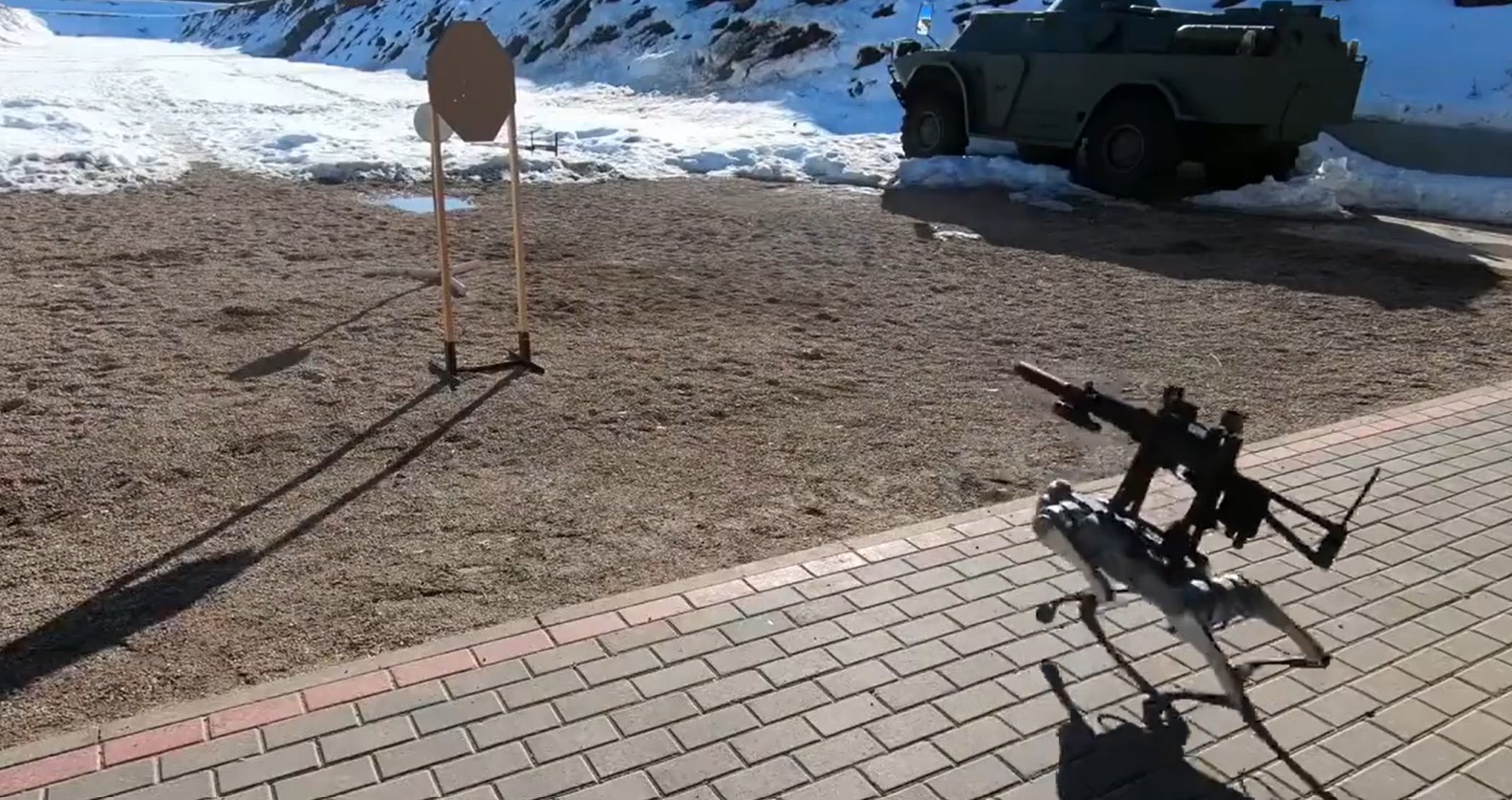 If you watch the video, you’ll see the robot dog blasting rounds into a snowy valley. It doesn’t seem to have great control of the weapon, losing control when the recoil hits, and it seems that it’s being operated remotely rather than programmed. 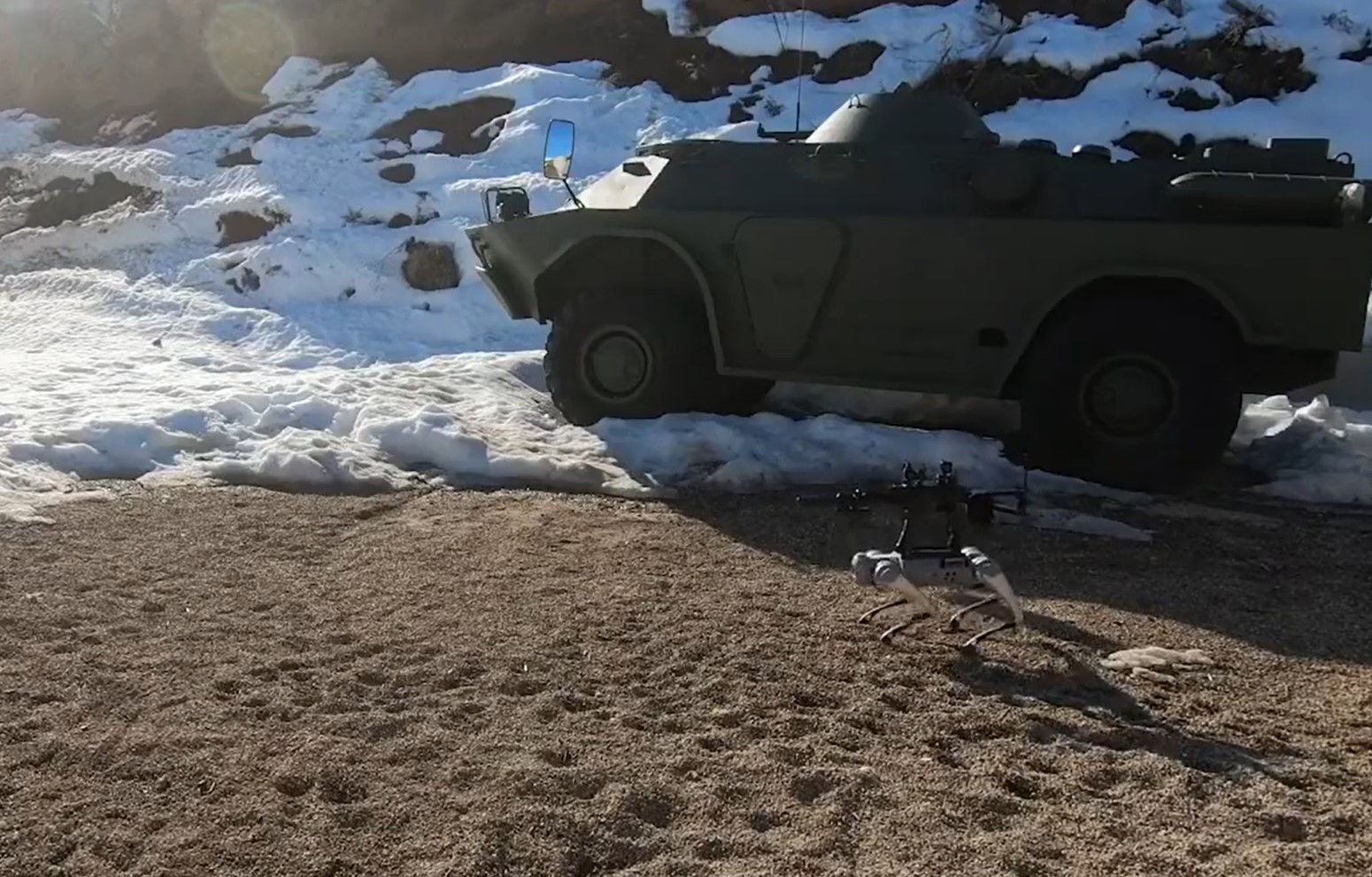 Despite that, you’ve gotta say this opens a pretty f**ken scary can of worms. Some of these dogs are available online for only a few grand, and if the wrong f**ker got their hands on one, the carnage could be incredible. 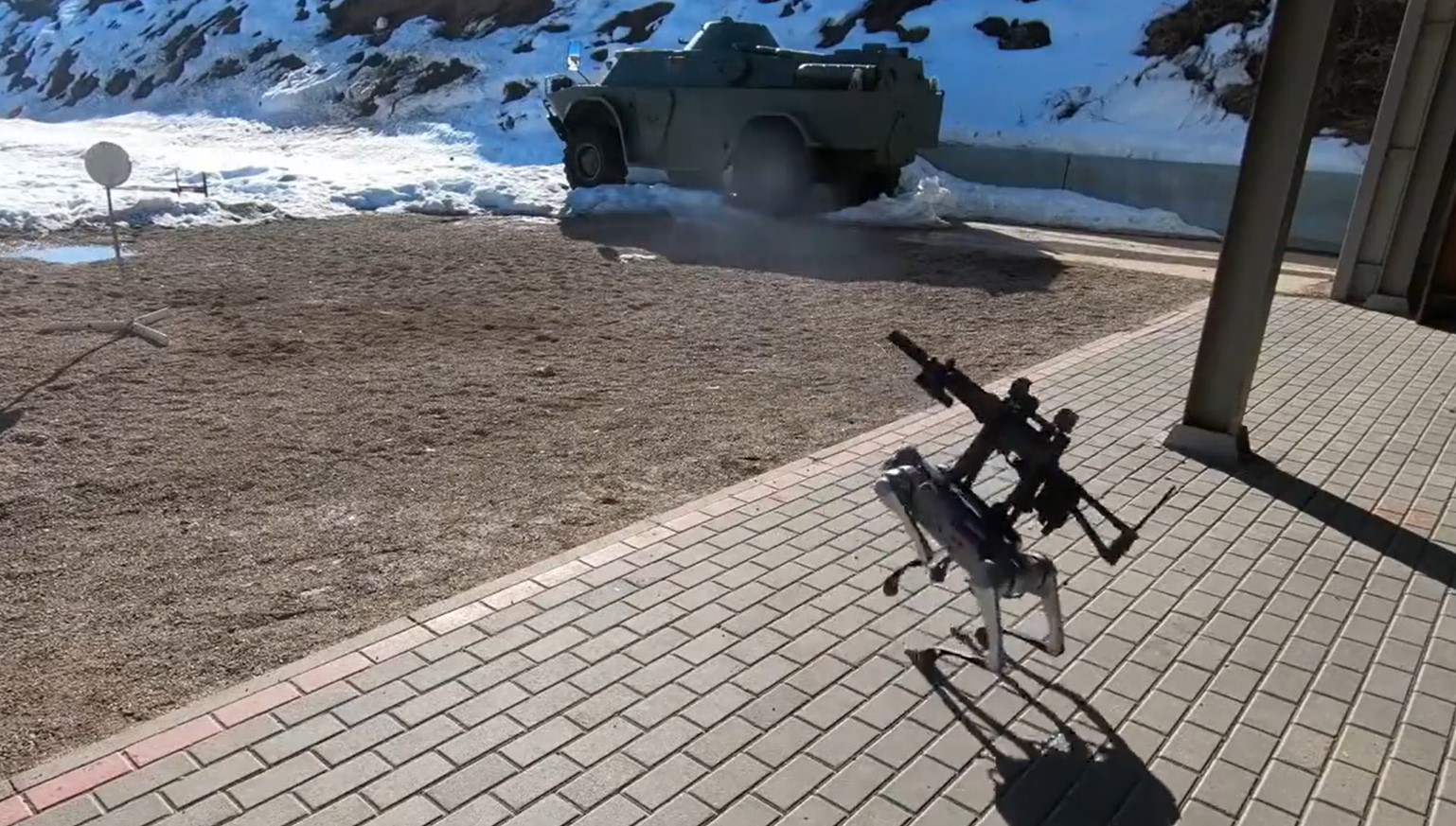 So, yeah, maybe there is a reason to worry about the potentially nefarious and catastrophic ways these things could be used.

Final thought: As sad as it is, it seems almost pointless to wonder whether or not these things will be used for evil, we all know they will be. The only real question is how we police and prevent that s**t from happening. So…what are your thoughts? Let us know in the comments section.

All the people who laughed off the “worrywarts” years ago for freaking out about the Funny Dancing Robot Dogs ™ should be forced to watch this video once a day for the remainder of the year. pic.twitter.com/WBIrlGah3w

Just in case you missed it, here’s one of Ozzy’s latest commentary videos…A Deadly Mexican Street