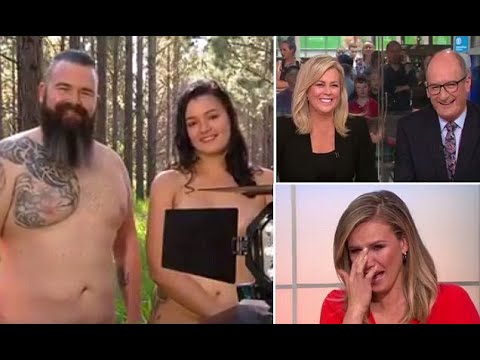 Nudists. Apparently, they’re a real thing. And for some reason they were on the Today show this week. To me, that’s just bizarre. It’s live television. Anything could have gone wrong.

And of course, it did. 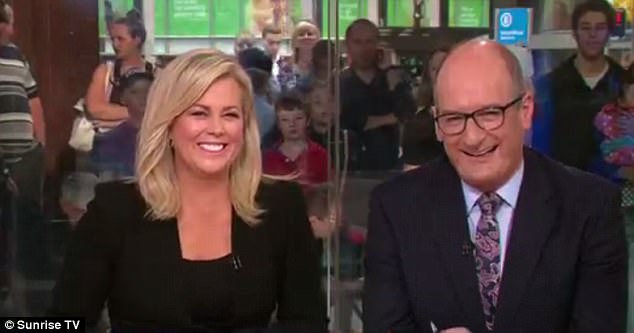 Samantha and Kochie. Despite the nudists, they’re still the biggest d***s on the screen. Credit: Sunrise 7

I’m gonna be honest. I reckon it’s a pretty hard sell walking around all day in the nude. Don’t get me wrong, as soon as I get home from work the pants come off and I spend the evening in my boxers, but being naked out there? In the bush?  With the sticks and the flies and the mosquitoes? Yeah, nah.  That’s someone else’s bag, baby. It ain’t mine

Anyway, these two nudists have somehow found their way onto the Today show for an interview. They are of course, nude.  Starkers. Rocking their birthday suits on national television. 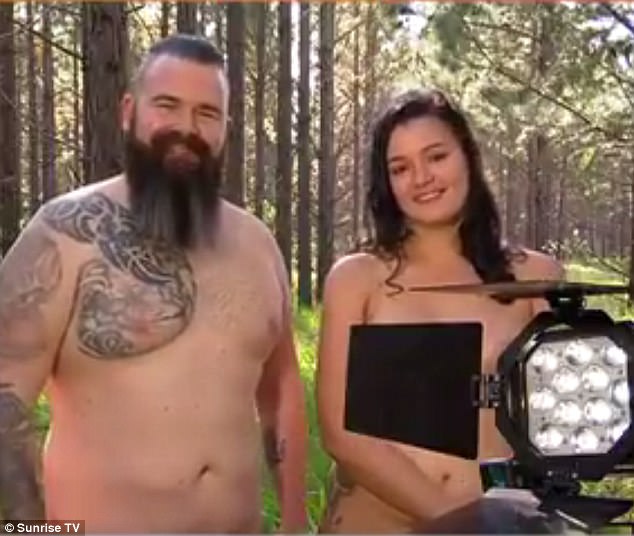 Dan and Tash. They look happy. Maybe they’re onto something. Credit: Sunrise 7

Instead of opting for a sensible ploy and placing them behind some shrubbery so grandpa doesn’t have a f*****g heart attack if he cops an eyeful, they took the young naturists from amongst the trees and put them bang in front of the camera.  They then tried to obscure Ms Naturist, Tash, with a lighting rig.  Come on, Channel 7, we weren’t born yesterday, it’s almost like you engineered the inevitable nip-slip.

F***, they weren’t even subtle about it.  Midway through the interview, you can barely see some nip slipping into the shot when Samantha Armytage just f*****g goes there.  “Stay left, Tash.” 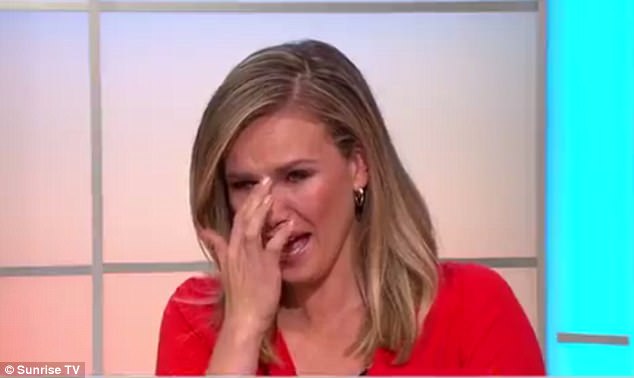 After doing almost everything in their power to engineer a nip-slip, Kochie and co handled this pretty badly. They basically laughed in young Tash’s face and treated the pair like idiots. It’s not very bloody respectful. 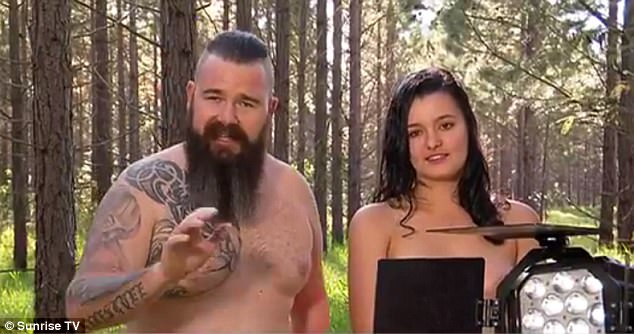 Do the curtains match the drapes? Credit: Sunrise 7

For that, I’m gonna have to nominate them as f***-knuckles. Tash and Dan, I dunno.  Maybe they’re onto something.  I can’t say hanging around with other people in the buff sounds that great. I think it’s probably the least sexy thing ever, but hey, they’re not hurting anyone. They’re having fun.

What do you reckon? Did the Sunrise crew handle this as well as they could have?