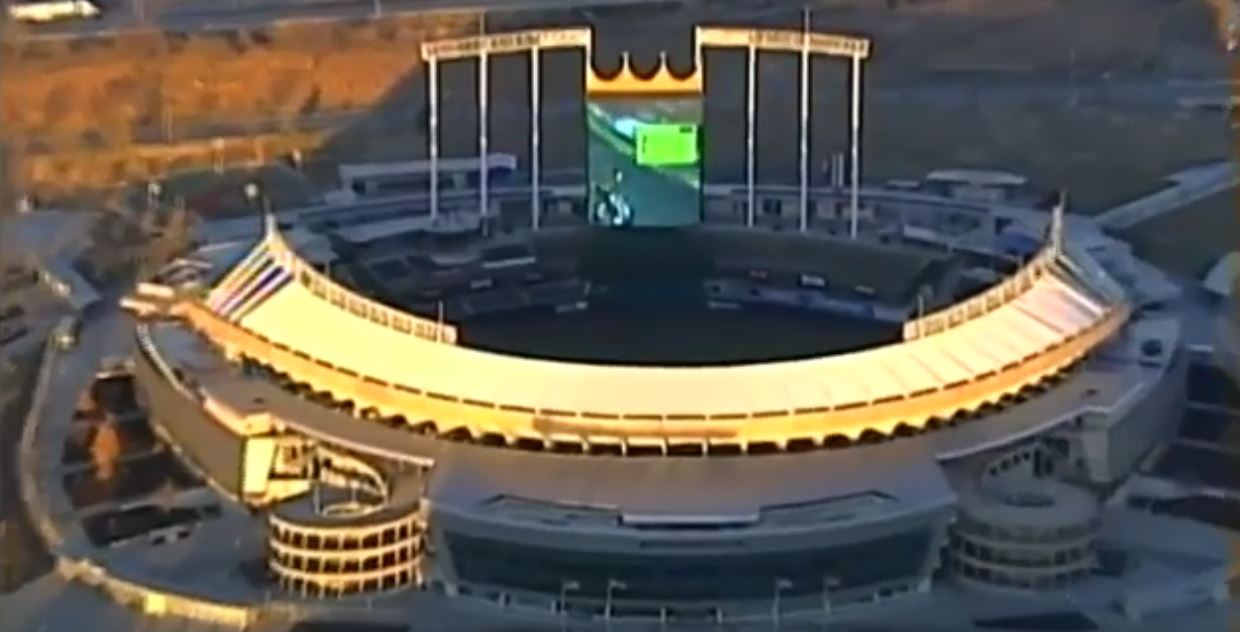 We like to think we know our audience here at Ozzy Man Reviews, and we reckon that given half a chance, most of you blokes and blokettes would love to hook your consoles up to the biggest screen possible. It’s just common sense. So when a television news chopper drove over a stadium in Kansas and saw someone playing Mario Kart on the gigantic stadium screen, we knew you’d want to hear about it.

G’day, ya big bloody dickheads. How the bloody hell are ya? Hopefully, you’re ready to take a quick mish to Kansas, because that’s exactly where this story takes place. Yeah, even though Dorothy wanted to get the f**k out of that joint, we’re heading straight there. It looks like they know how to play video games in style.

While KCTV’s news chopper was trying to get some footage of Kansas City’s Arrowhead NFL Stadium, they noticed some funny business on the jumbotron in the Kaufmann baseball stadium next door. Yeah, it might be bloody off-season, but those fair-dinkum cheeky wankers who’ve probably told their wives and girlfriends they’re working, are playing bloody Mario Kart.

In all seriousness, though, who wouldn’t do this? You can just picture smoko time. “Yeah, rightio, Bruce, we’ve got 15 minutes before we’ve gotta clean the dunnies. Fancy a couple of rounds of Mario Kart.”

What a pack of bloody legends! 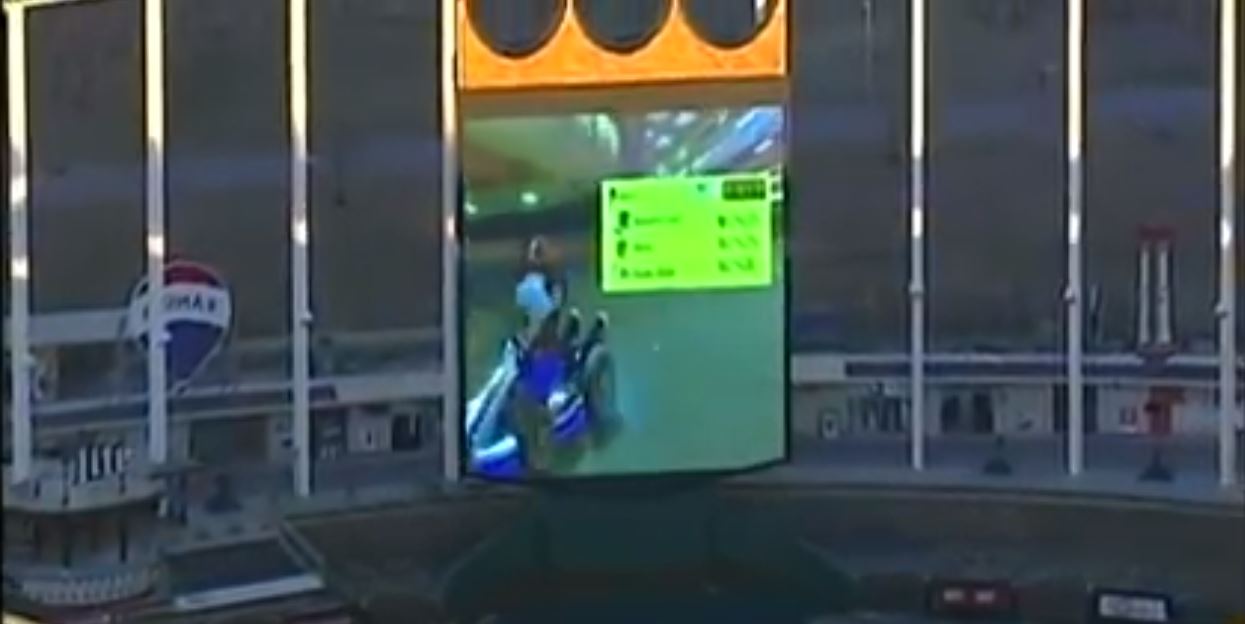 we sent our helicopter out to get aerials of Arrowhead Stadium and on its way there it noticed a game of Mario Kart had broken out on the Crown Vision board at Kauffman Stadium?? ? pic.twitter.com/rOy0icieVi

Final thought: This is bloody awesome – and you’ve got to love that it was an overhead chopper that caught them out. I tell you what, though, this would be even better if it was a privilege given to staff while they were working. Talk about a way to make you love your job.

Just in case you missed it, here’s one of Ozzy’s latest commentary videos…Ozzy Man Reviews: Mayweather Vs Tenshin