Monkey punches girl in the face at zoo after taunting him

Animals don’t play by the rules of human society. They don’t need to wear pants, sh*t discreetly, or even restrain themselves from just f**ken smacking a toddler one if they feel like it. They’re animals. That’s probably why it’s a good idea to keep the little buggers away from them. If you don’t, you might just come unstuck.

Rightio, we’re in China for this video. It’s a glorious day and the little toddler who’s gone to the zoo with her mum is loving it. She’s seen all the animals, and now it’s time to get up close and personal with a monkey. 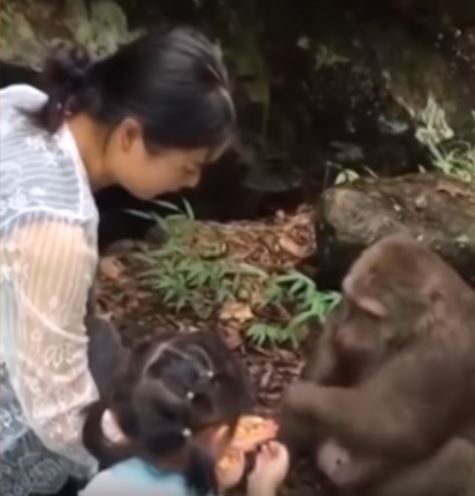 What could go wrong? Credit: Asiawire

To start with, she’s having the time of her life. There’s a cute little monkey just sitting there chilling and she’s able to sidle up real close while Mum holds out a handful of food for it. The monkey, obviously, thinks this is the dog’s bollocks. He’s scored a free feed from his human servant – even if she does have that little human there. Whatever, though, as long as the little human doesn’t try to steal its grub there’s no harm done.

On the other side of the coin, Mum is teaching her daughter how to make friends with the wildlife. “You just grab some of this f**ken monkey feed,” she says, “and you hold it out like so.” She demonstrates and the monkey chows down. “Now you try feeding the little prick,” Mum says. 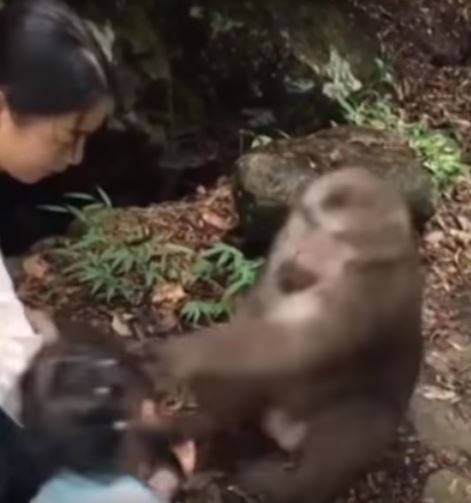 The girl takes some food. The monkey, not entirely cognizant that the little girl is also gonna feed it, clearly thinks the little tucker is trying to steal his nosh. “Yeah, nah, f**k you,” he says. And he f**ken clobbers the kid. Holy sh*t! Did you see that, he just lined her up and f**ken cracked her in the chops.

The kid rolls down the stone stairs like she’s been hit by Mike Tyson. Her day is ruined. She’s gonna hate monkeys forever. When she grows up and finds out what happened to Harambe, she’s probably gonna think he deserved it. She’s probably gonna open up her own scientific laboratory and run horrifying tests on chimpanzees and howler monkeys alike. She’s probably going to insist on buying palm oil infused products just to diminish the orang-utan’s natural environment. All because of one dick monkey-move. 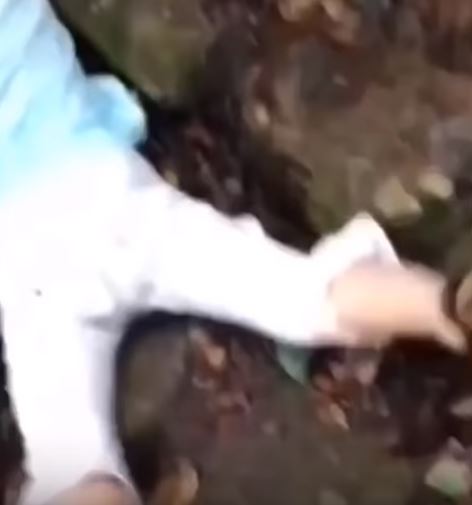