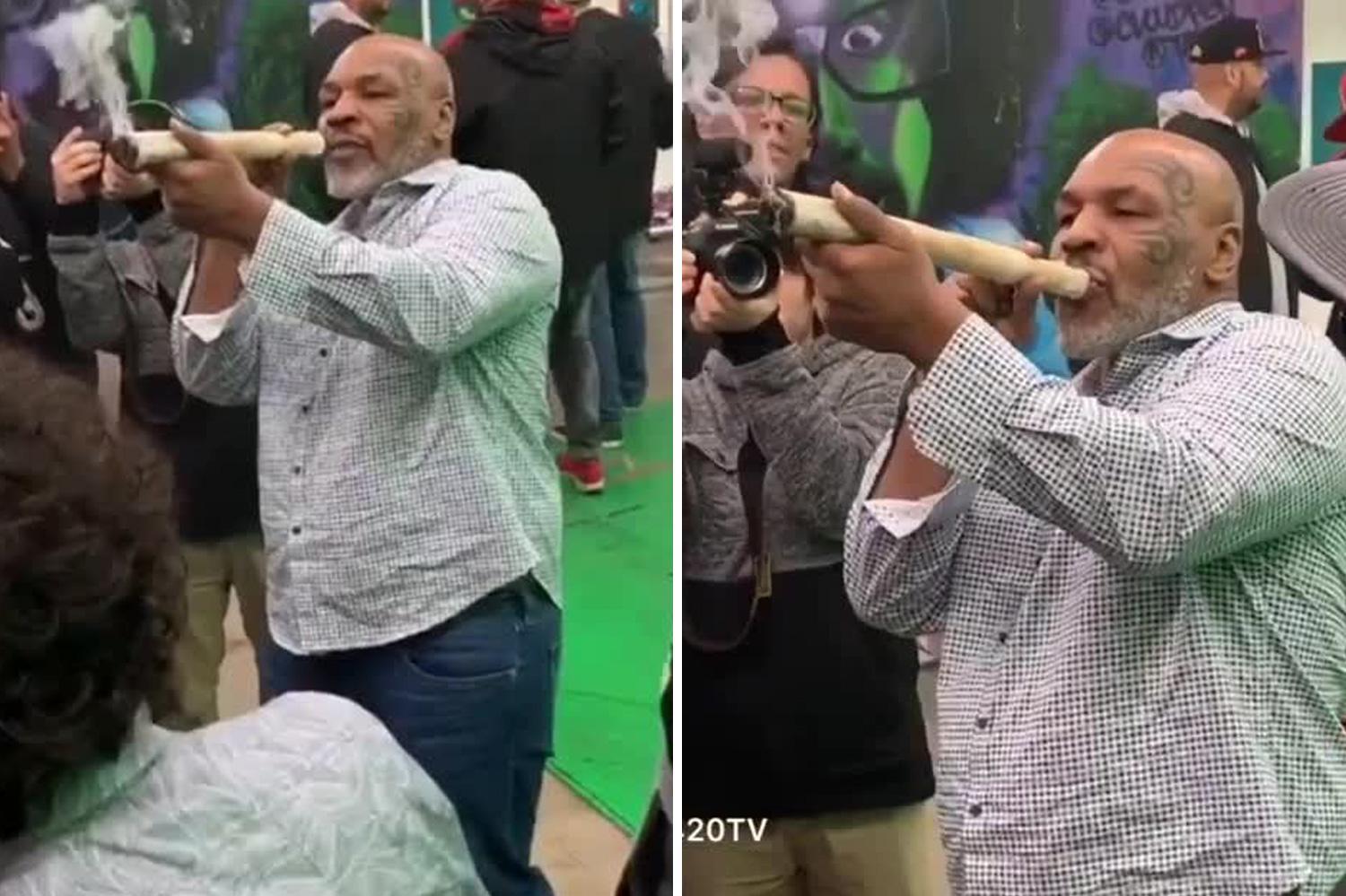 By now, we’re all more than well-acquainted with the idea that Mike Tyson loves to smoke the dope, pass the duchy and hit that sticky. If you’re not aware of Tyson’s love for Mary Jane, you might be surprised to know that once parts of the US legalised weed, he bought a forty-acre cannabis ranch in California, and has invested in research of the medical benefits of smoking pot. All of this goes a long way towards explaining why they former world champion boxer was pictured smoking a f**ken massive joint at a recent weed festival.

So, in the spirit of everything pot-related, the video is part of Tyson’s podcast, Hotboxin’ and also features B-Real from Cypress Hill. Apparently, Tyson was hanging out at the festival when he was given the chance to hit the foot-long joint. We’re not sure if the weed was his, but his s**t is supposed to be pretty bloody good. 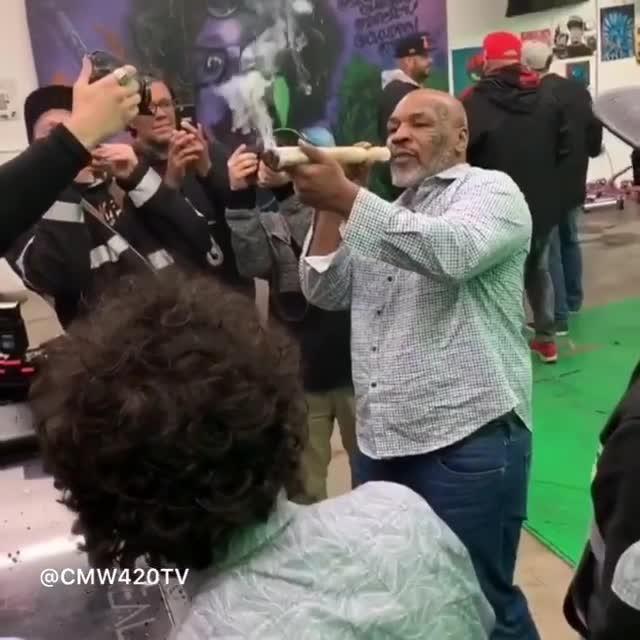 You probably remember that Conor McGregor was recently pictured smoking some of Tyson’s own brand of pot, and obvious marketing aside, that’s probably a good thing. Experts reckon that over the next few years, legalised marijuana is gonna make people f**ken billions.

I went to see Mike Tyson last night in the Helix, Dublin, Ireland. I love and respect Mike Tyson. And I love the Helix. I won my first World Title here, and also my second. It was good to meet you Mike. You spoke some things about me in the past which I did not like and I was happy to speak to you face to face, put it to bed and have some fun. You are in good spirits and I was happy to see this! I will always have the height of respect for you! Some decisions you have made around your finances I do not agree with. As a fighter you must fight here. The most. And this is a fight that never ends. It is even a fight that we pass on to our next in line. Our blood line. Make sure you stay switched on with those around you at all times. You have good people around you now, I can tell. But stay switched on. Your Marijuana strain that you grow on your own ranch “KO Kush” is really nice. It was an honour to taste it and I wish you and your team all the best with this endeavor. Just remember, if someone tries to rip you. Rip their nose off their face. You are a fighting icon and deserve endless love and respect! And from me, you will always have it! Don’t let anyone take anything from you. You owe nobody nothing. It is you who is owed. Always remember that. I love you Mike! Iron Mike Tyson! Here is an iconic photograph as a gift from me to you, from head photographer at @mcgregorproductions , @ginger_beard_photos

Tyson himself is a staunch believer in the medical properties of marijuana and even has his own school for prospective weed farmers called The Tyson Cultivation School. Apparently it costs an arm, an ear and a leg to enrol. 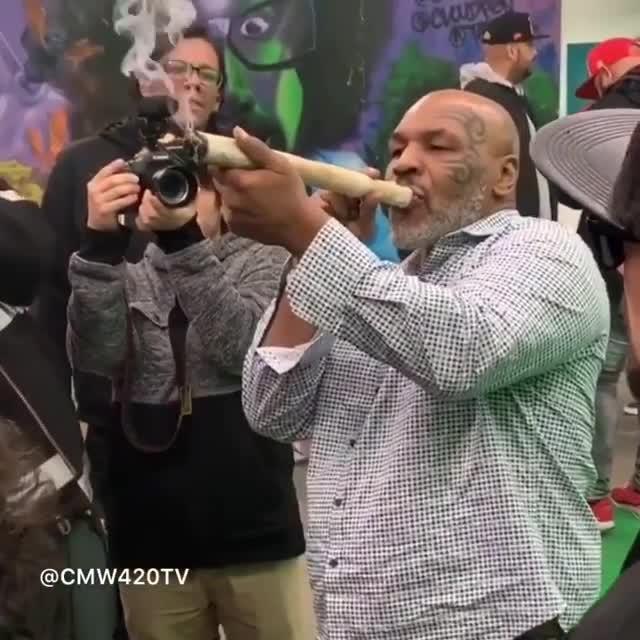 Anyway, moving on, in the video, you see Tyson and B-Real standing around while Tyson puffs on one of the biggest joints we’ve ever seen. Deadset, that thing looks like a f**ken club. In fact, it’s so big, it takes Tyson a fair bit to really get it cooking. Once he does, you just know there’s enough high-grade pot in there to get everyone nice and hungry.

Similarly, in B-Real’s podcast, Tyson starts off by coughing his guts up, and everyone knows that you’ve got to cough to get off. No wonder the dude sounds so chilled – despite the fact he could quite easily rip heads off. 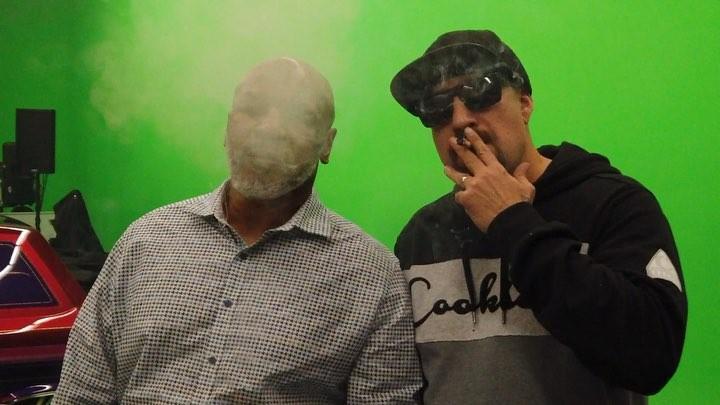 Final thought: Anyway, kudos to whoever rolled that spliff. It’s a f**ken monster, and if Tyson reckons it’s good s**t, we’re not going to argue.