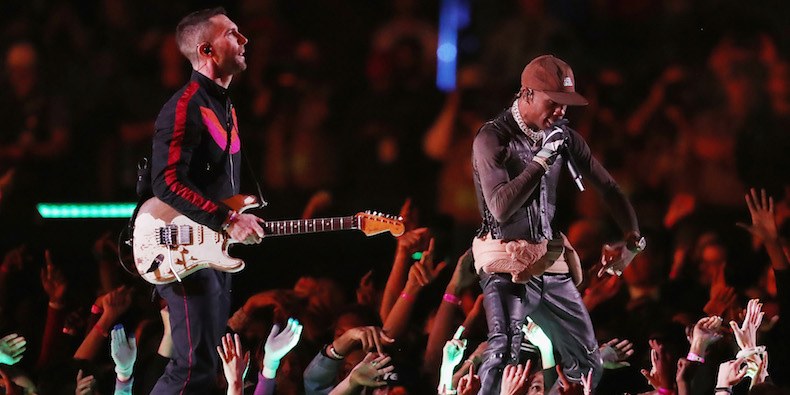 The Super Bowl halftime show is almost as important as the football itself. It’s usually a great cultural touchstone, an important event, and a source of water-bubbler conversation in the workplace. Think about it. The Justin Timberlake and Janet Jackson nip-slip at Super Bowl 38 alone was enough to keep chins wagging for bloody ages, but there’s also been Wacko Jacko, U2, Prince, Paul f**ken McCartney and tonnes more. It’s a thing. And this year, they got Maroon 5 to do it. 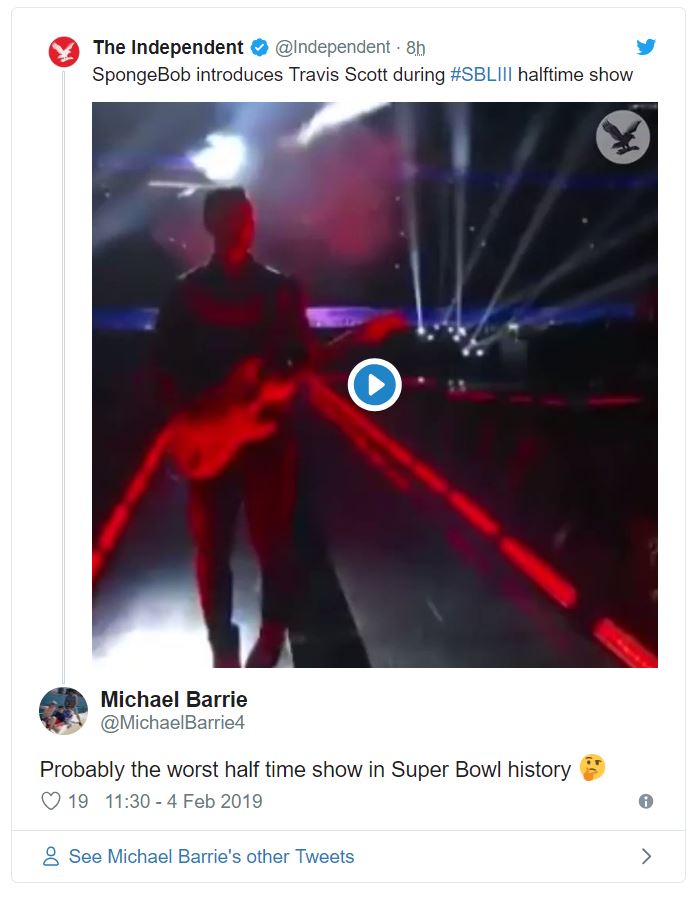 So, first of all, yeah, nah, it’s not bloody 2002 or anything like that. You haven’t been caught in a timewarp. Maroon 5 are, apparently, still hip and successful enough to take the stage for one of the biggest events of the year. 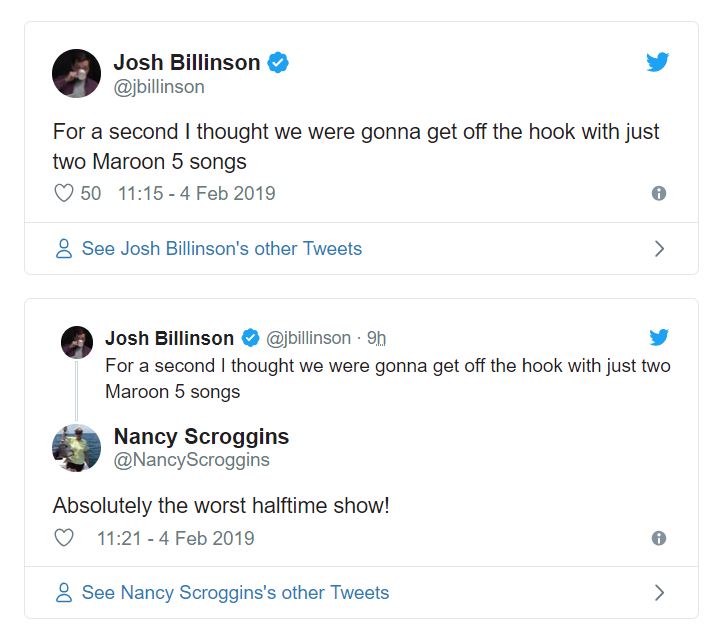 Still, there’s no other way to describe the resulting performance as baffling. In fairness to Maroon 5, they do what they do and they do it well, but judging from the critical response, their show bombed harder than a fat kid in a swimming pool.

Deadset, dudes online are saying it was the worst show in the history of the Super Bowl halftime show. The band was joined by Travis Scott and Big Boi. This was supposedly in lieu of an appearance by Cardi B.

Yeah, good ole Cardi showed some f**ken class and decided to give it a miss when she was asked. She was invited to join Maroon 5 to help perform ‘Girls Like You,’ but dropped the metaphorical knee to support Colin Kaepernick. She said, “There’s a man who sacrificed his job for us, so we got to stand behind him.” You’ve got to give some f**ken respect for that.

So, anyway, back to the point. Travis Scott joined Maroon 5 to perform a duet on the track Sicko. Judging from some of the feedback, though, he might wish he hadn’t.

Tweets from disgruntled viewers online range from savage to hilarious. Have a squiz at a few of the ones littered throughout this article, then, if you haven’t seen it yourself, have a bloody gander and let us know what you reckon in the comments.

Final thought: We dunno about you, but there’s a pretty easy way to fix any boring halftime show. Just crank up the Acca f**ken Dacca. By the time you get to Thunderstruck, bloody everyone will be pumped for the second half.