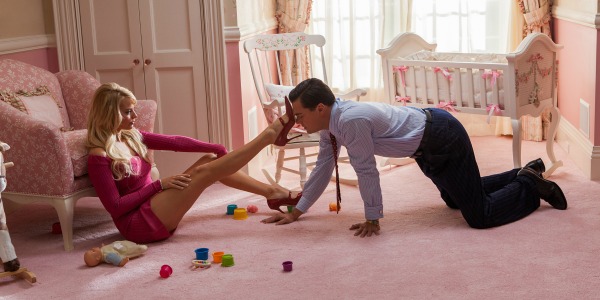 There was a time when Margot Robbie was hardly known outside of Australia.

While she had a few roles on Australian television, notably as a series regular on long-running soap opera Neighbours, she didn’t have much sway in Hollywood.

That is, not until she landed her breakout role as Naomi Lapaglia in Martin Scorsese’s “The Wolf of Wall Street” film back in 2013.

But just how did she end up securing such a big role, acting opposite Leonardo DiCaprio under a director as talented and acclaimed as Martin Scorsese? Well, apparently it wasn’t as simple as acing the audition.

No sir, apparently Robbie completely flipped the script in order to win her role, impressing Martin Scorsese so much that he recounted her audition in Time Magazine’s recent 100 Most Influential People issue.

“She clinched her part in The Wolf of Wall Street during our first meeting by hauling off and giving Leonardo DiCaprio a thunderclap of a slap in the face,” he wrote. “[It was] an improvisation that stunned us all.”

Speaking with Harper’s Bazaar in 2016, Robbie opened up on what it was like to act alongside DiCaprio and work with a director as highly acclaimed as Scorsese.

“In my head, I was like, ‘You have literally 30 seconds left in this room and if you don’t do something impressive nothing will ever come of it. It’s a once-in-a-lifetime chance, just take it.’

“And so I start screaming at him and he’s yelling back at me. And he’s really scary. I can barely keep up,” she said. “And he ends it saying, ‘You should be happy to have a husband like me. Now get over here and kiss me.’

“So I walk up really close to his face and then I’m like, ‘Maybe I should kiss him. When else am I ever going to get a chance to kiss Leo DiCaprio, ever?’

“But another part of my brain clicks and I just go, Whack! I hit him in the face. And then I scream, ‘F**k you!’ And that’s not in the script at all. The room just went dead silent and I froze.”

Hats off and glasses up to Margot Robbie for slapping the smirk right off DiCaprio’s face, and putting Neighbour’s Ramsay Street back on the map.