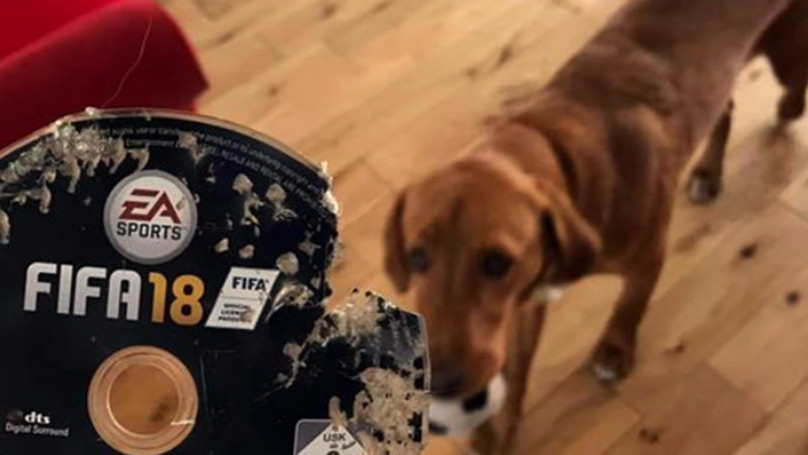 You may have noticed a whole bunch of memes on Facebook lately where disgruntled wives and girlfriends lament the fact their husbands and boyfriends have invested in the new FIFA, FIFA 18. Well, they’re probably stoked with – and jealous of – the actions of adorable little puppy Sam. Yep, the filthy little bugger, who’s since been forgiven by his owner, straight up ate his owner’s brand new, never-even-been-opened copy of the game.

Connor McIlroy, a junior doctor from Belfast, pre-ordered the game and came home from work to find it completely unplayable.  Sam, his dog, had decided to have a bit of a munch and chewed through the packaging, the plastic cover and the disc itself.

However, we’ve got to say the response from Amazon has been f*****g mint. 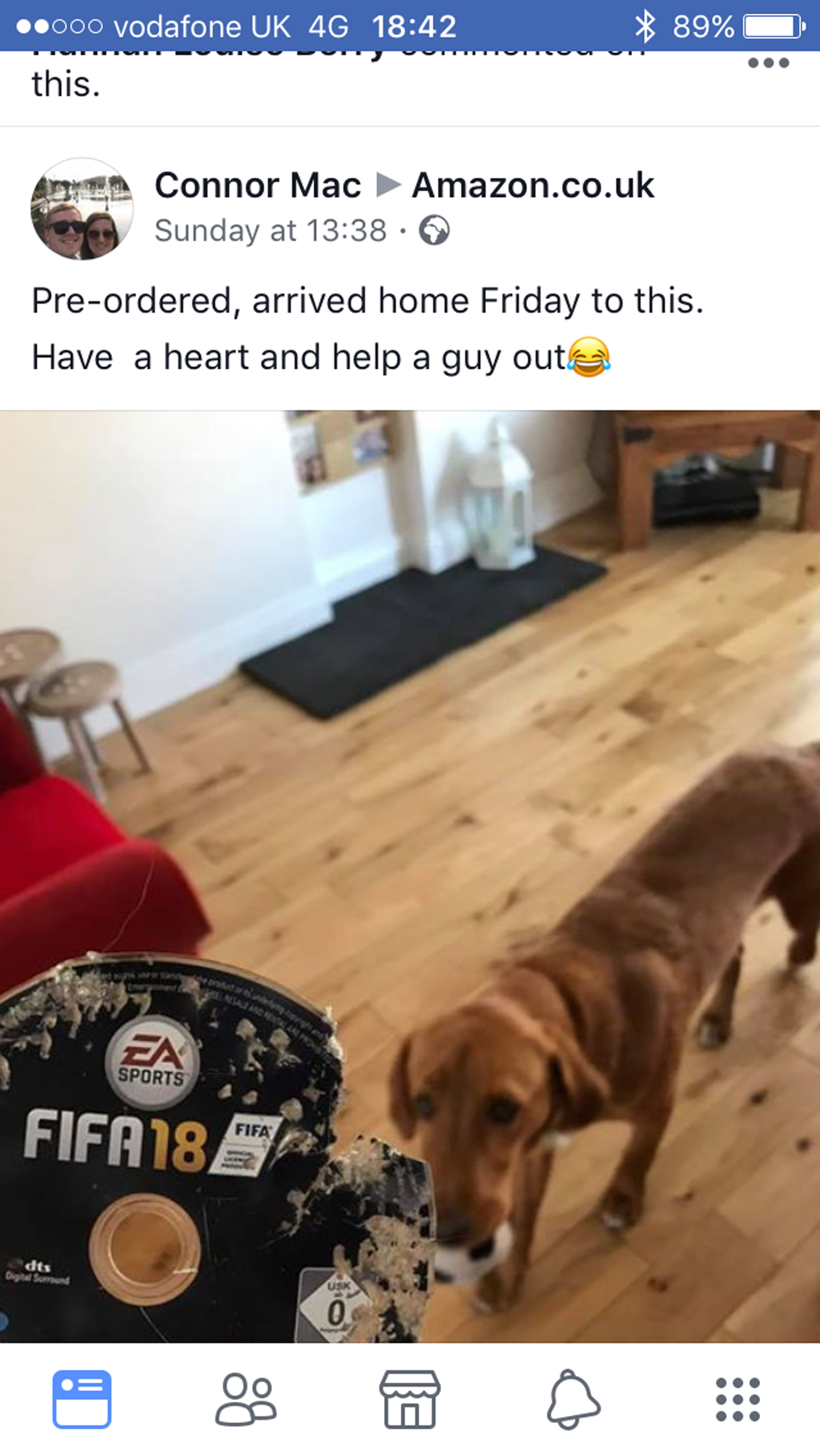 Connor messaged the company with a picture of the disc – and a very guilty looking dog – and begged them to ‘help a brother out’. 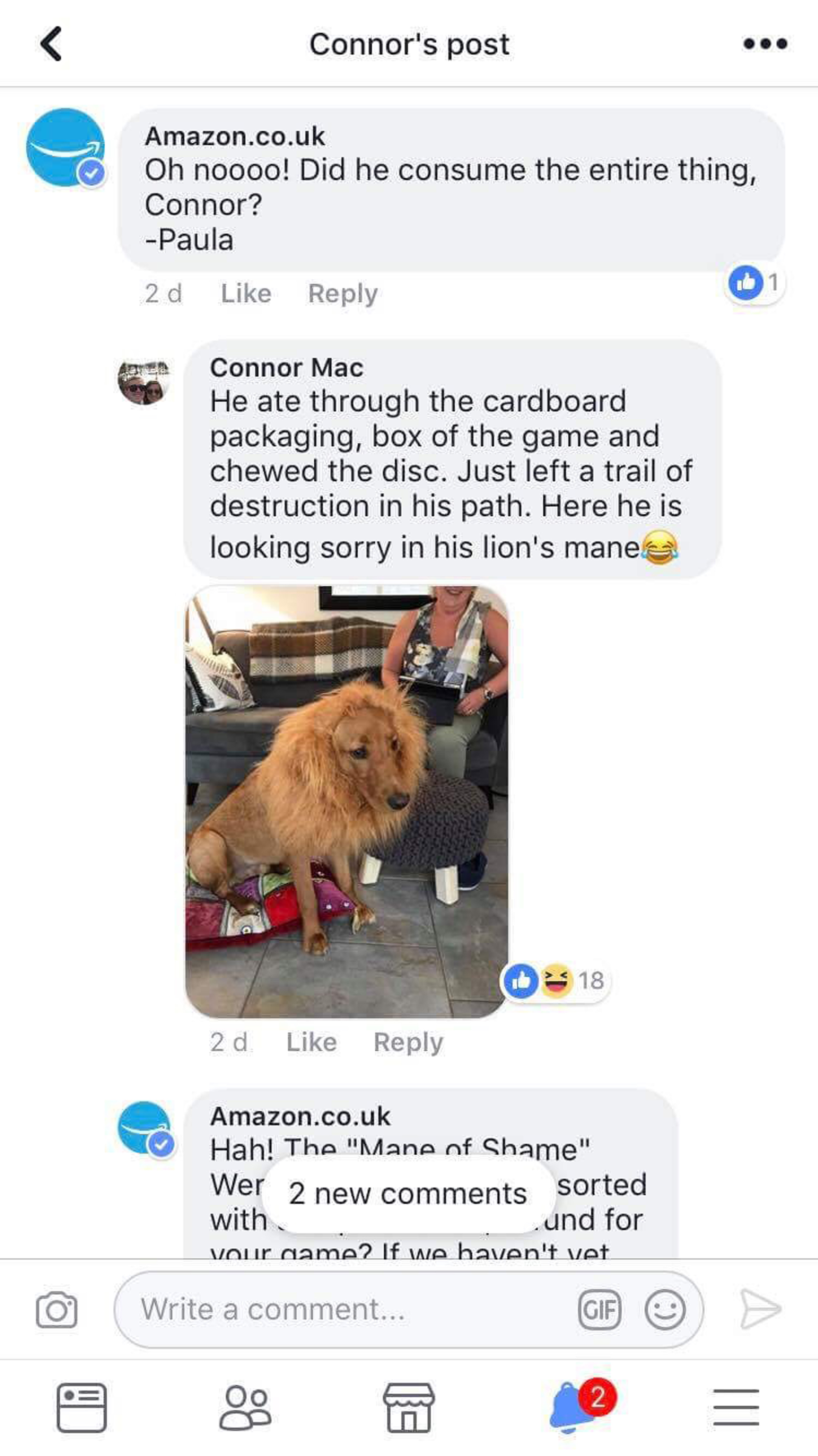 He told media, “I had pre-ordered the game from Amazon. I was looking forward to coming home and playing it last Friday.

“But when I came home, I found the chewed disc. I was devastated.

“I think Sam had completely forgotten about what he had done. He actually tried to play with me by bringing me a football.

“Initially I was a bit annoyed with Sam but he is such a lovely dog you instantly forgive him.”

You can see Amazon’s response in the text messages.  As I said, they’re f*****g mint and the company has really gone up in my estimation for sending out a replacement copy completely free of charge. 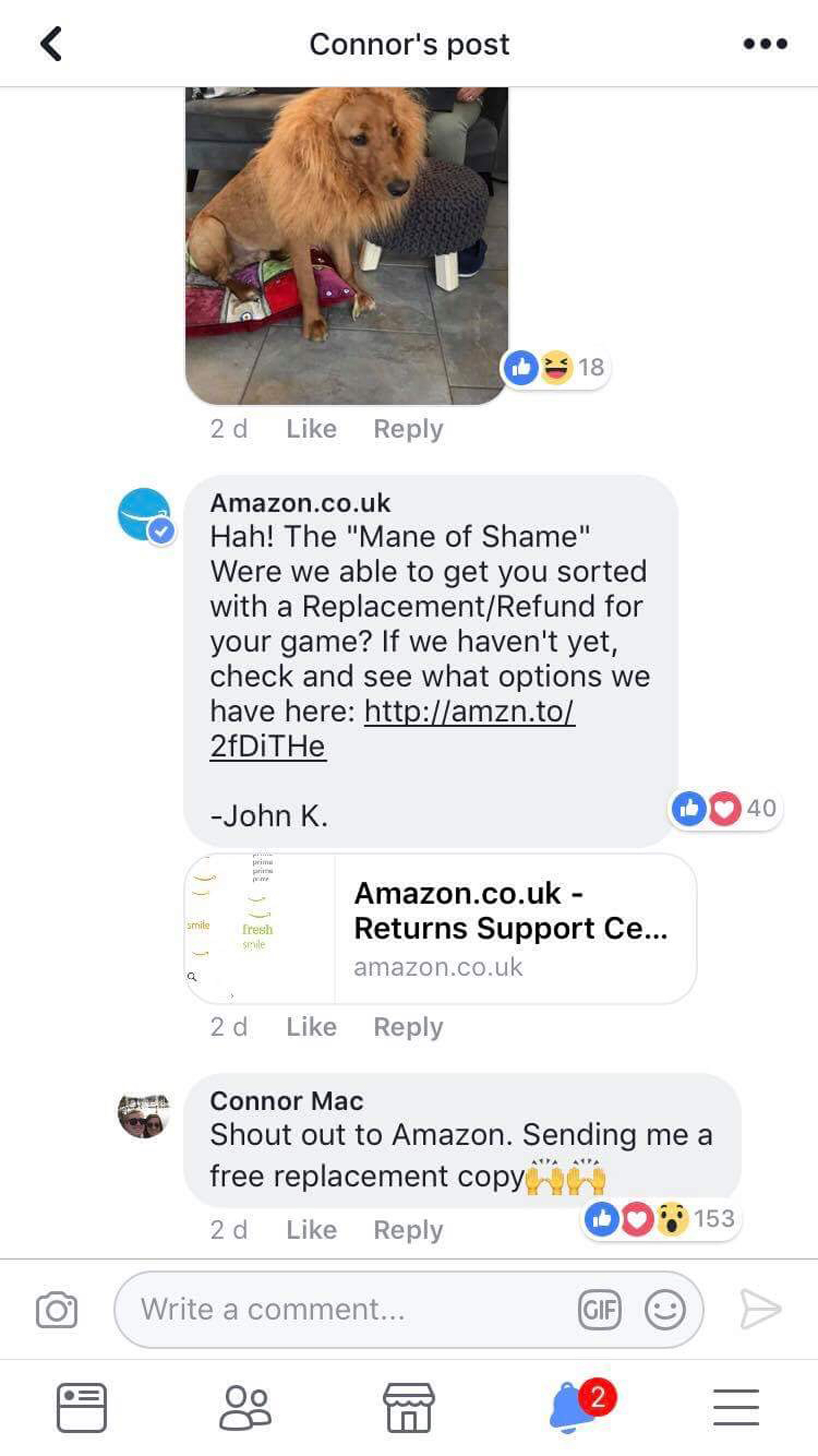 You’ve got to wonder if they’d be so helpful to all the guys who’ve had their copies hidden and destroyed by wives and girlfriends. I think they need to know there’s no stopping guys from loading their teams up with their favourite players and playing out a career as a pro footballer or manager.

After all, it might be the only chance Gooners have to finally get Wenger out, blud.

The invisible car bloke is still fooling people! Here’s how the cheeky legend does it

If there’s one thing people don’t talk about enough here in Australia, it’s Tassie. Yeah, nah, it’s the island state that looks like a badge – hence the euphemism a ‘map of Tassie’ – and it’s a pretty, picturesque and...

When it comes to everyone’s favourite people, the bloody Canadians have to be right up there. Yeah, nah, Canadia’s a f**ken grouse place full of whimsy, politeness and maple syrup. Still, they’re not immune to disaste...