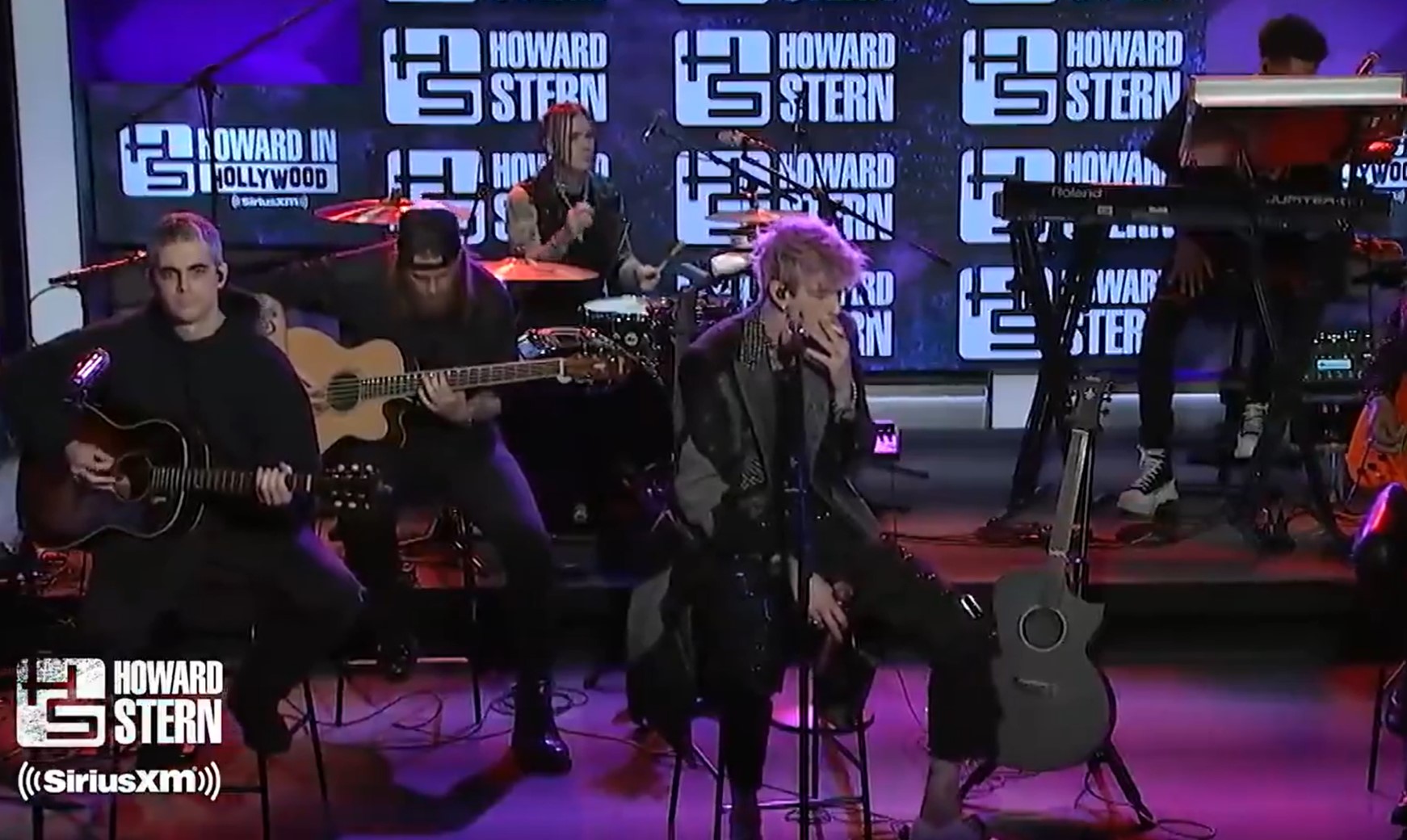 Look, the headline says plenty, but we’re not quite sure it goes far enough. Judging from the various tweets we’ve seen, the internet is more than outraged. It’s borderline disgusted. It’s offended. It’s f**ken baffled as to why anyone ever would let this happen. But, of course, we do have a reason. It’s 2022. Yeah, nah, it’s a year of horrible things happening, so here’s Machine Gun Kelly smoking a joint and covering System of a Down’s Aerials…

Here's the whole video. There's a lot happening. MGK is smoking a joint the entire time. He implies they've never actually played this cover for real before??? And then Howard says it's amazing at the end. It's dizzying.https://t.co/UKETo4AsaI

Before we get cracking on the context and story of this one, we’re going to assume you remember System of a Down. They were kind of a big deal back in the day. Yeah, nah, their self-titled debut made ‘em a big name with metalheads everywhere, and their next one, Toxicity, gave them a measure of mainstream success most metal bands don’t see.

I'm all for people giving something a red hot go, which is why I thought I'd give Machine Gun Kelly's cover of 'Aerials', by System of a Down, a red hot go. Please send gauze for my bleeding ears.

The cruel joke here is that if you click the link, you actually see Machine Gun Kelly cover System Of A Down’s Aerials. https://t.co/6L0UYAtohe

Deadset, that album was farken massive and gave ‘em two massive hits, Chop Suey and Aerials. It’s Aerials that MGK saw fit to butcher on Howard Stern and the resulting internet anger has been nothing short of hilarious.

SiriusXM did it again.

First, it was Puddle Of Mudd ruining Nirvana.

Now, it's MGK groaning over System Of A Down. Sounds like he is having an asthma attack around the two-minute mark.https://t.co/HWEjEL9wsN

Dear machine gun kelly, you should try to sing more than two notes when covering system of a down. I'm fucking serious, it was painful!

Of course, we’re not here to gatekeep. Like what you like. Let people enjoy the things you personally don’t. Realise that music doesn’t have to conform to certain genres for you to like it or for it to be enjoyed by fans outside of that genre.

…at least I hope it was a prank! pic.twitter.com/1PQKqPyLUh

Having said that, you don’t have to look far into the comments on alternative, metal, and hard rock groups to see that most committed genre fans couldn’t give two s**ts what Machine Gun Kelly does.

If you are ever having a really bad day and need a good laugh just watch Machine Gun Kelly try to sing a System Of A Down song.

For his own part, he seems a bit baffled by it, saying he’s always been a rocker. “It blows my mind… Like, we’ve always been in the culture…Like, fuck you. We’ve been here so long, defying boxes and genres and odds.”

I love how @machinegunkelly is single-handedly destroying all the music he ever covers. All the covers he’s done are so disgustingly disrespectful. The worst being Linkin Park and now System of a Down. He needs to be stopped.

Still, he can’t say that System of a Down’s bass player Shavo didn’t let the fans decide. He shared the butchered cover on his Instagram and asked his followers what they thought.

Hahahahaah MGK covers Aerials by SOAD – the worst cover ever and the comment section is comedy GOLD! — https://t.co/m4umVovKPC

Machine Gun Kelly covering System of a Down on Howard Stern is a description of Hell that would make Dante pale.https://t.co/cyS1zBFwN6

One fan captured the collective sentiment with noting but a clenched teeth emoji.

Final thought: Look, as we said, people are allowed to like what they like. If Machine Gun Kelly wants to pay tribute to a song he digs, who are we to stop him? Of course, we don’t have to listen to it either. If you’ve got the balls to give it a try, let us know what you reckon in the comments section. Also, please enjoy the original. It’s right here.

For most people, the idea of a proper raging binge-drinking session is the kinda thing that happens in movies like The Hangover. For people like Dan and Alex, though, that s**t is part of life. Deadset, just the other...