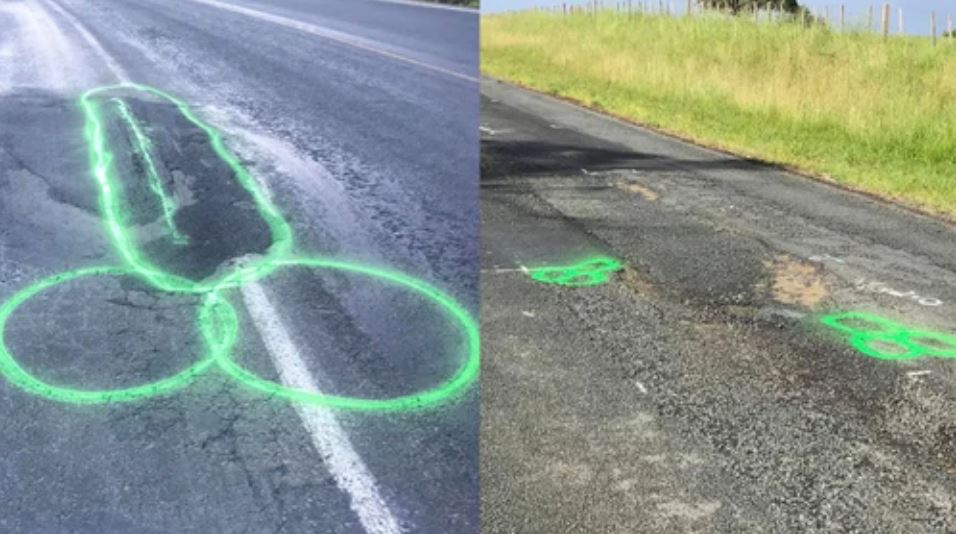 If there’s anything comic-book movies have taught us, it’s that the great and gallant works of society’s biggest heroes aren’t always welcomed by the authorities. Yeah, nah, J Jonah makes Spidey’s life a misery, and even Batman had to flee the city. Now, a Kiwi bloke who’s been doing God’s work in trying to get potholes fixed is being s**t on from a great height by the NZ authorities. Check out this bulls**t.

To get you started with this one, we’ll give you a bit of the backstory and let you lot have the information to decide whether or not it’s fair. We’re definitely leading to yeah, nah, it’s not. 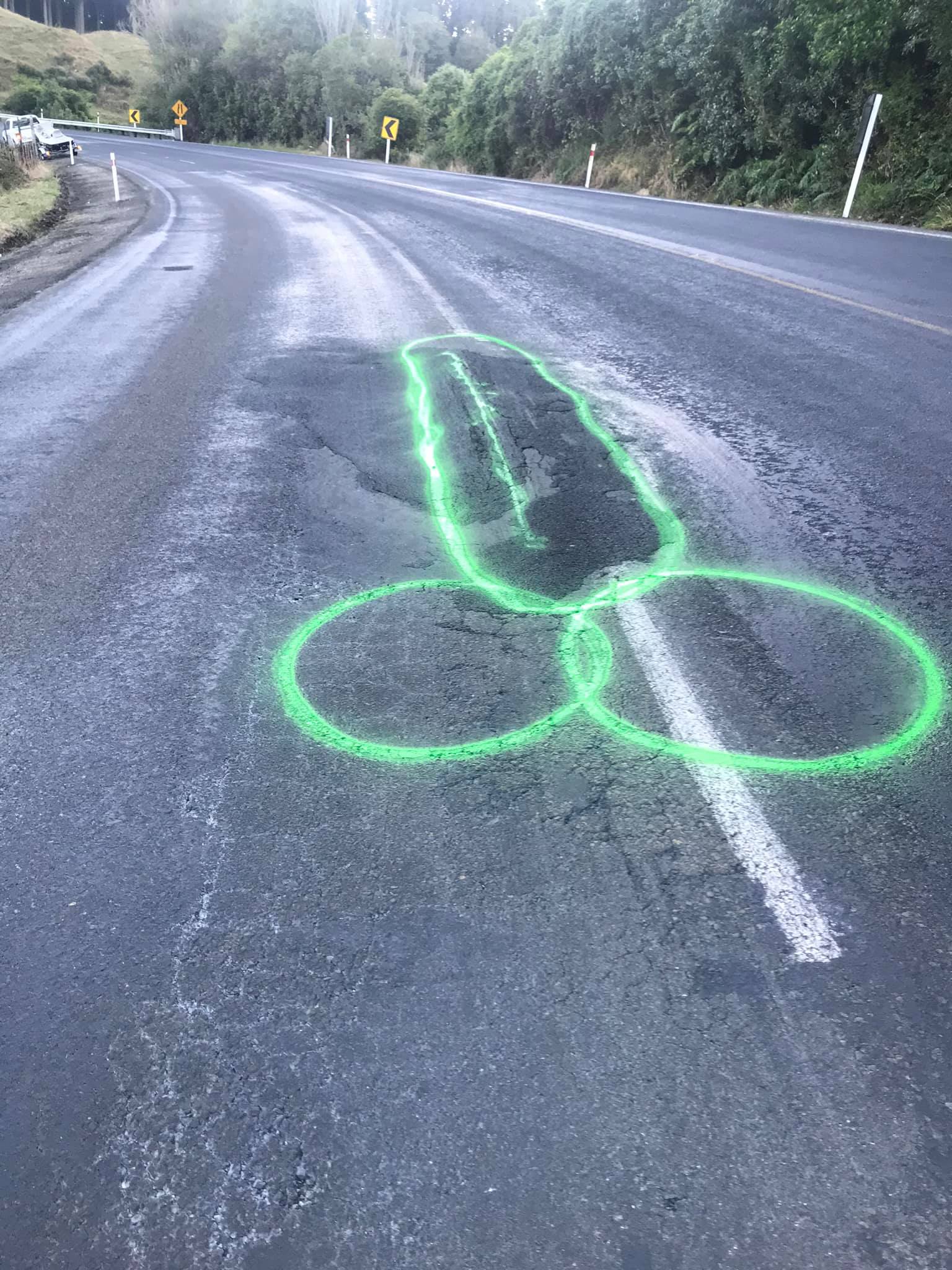 As you know, a solid pothole can send your vehicle’s suspension straight to Destination f**ked. On top of that, they’re a bloody safety hazard, and they’re just not a problem you need to be dealing with.

And that’s why Kiwi legend Geoff Upson, a thirty-year-old handyman, has been spray-painting flouro green d*cks onto potholes on local roads. He told Vice that he does it to draw attention to the bloody things so they get fixed faster. 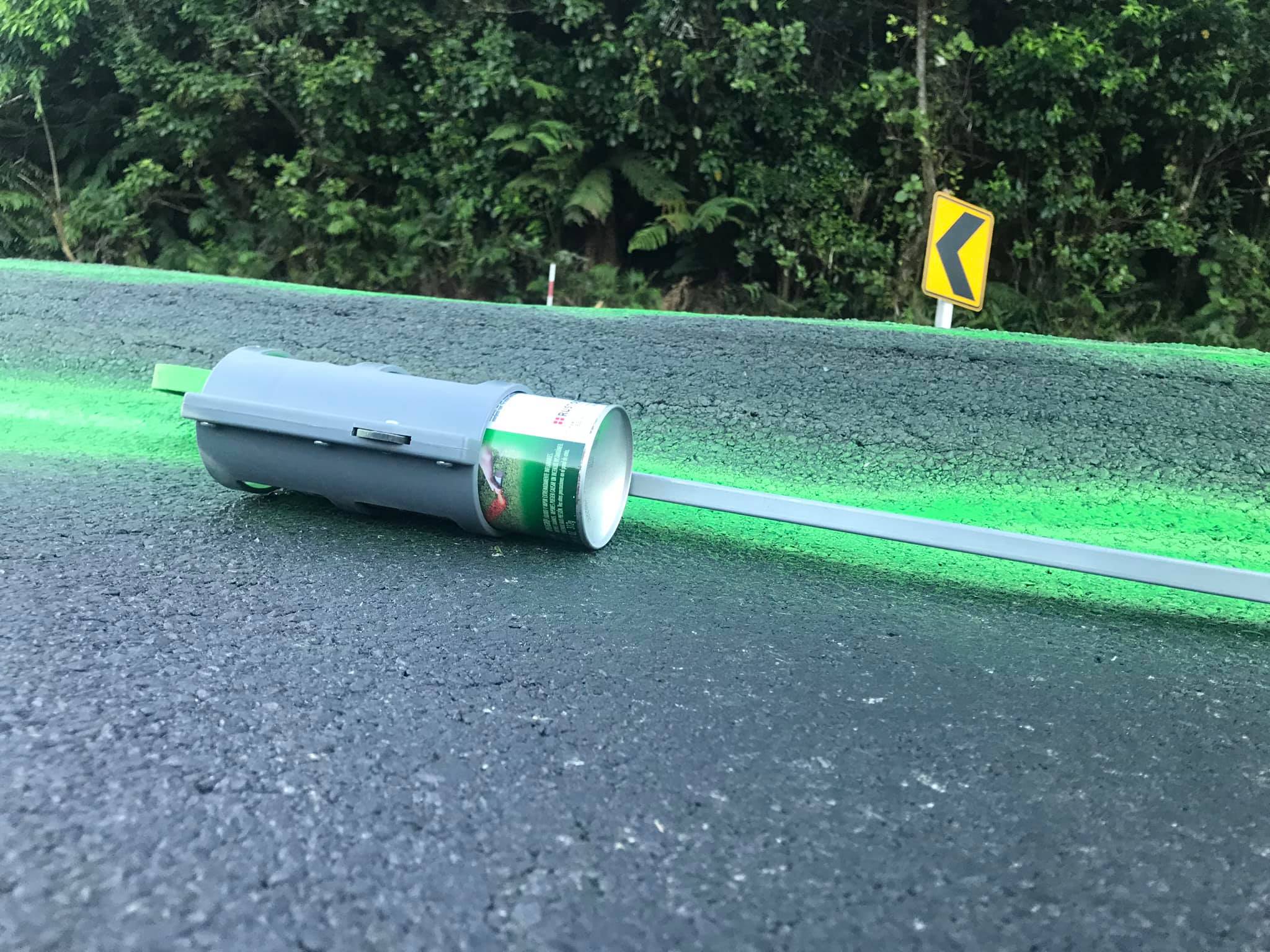 “I drew on the road the first time in 2018 out of frustration,” he told Vice. He then mentioned that it doesn’t always get results, but once the media discovers the dicks, they usually get fixed. 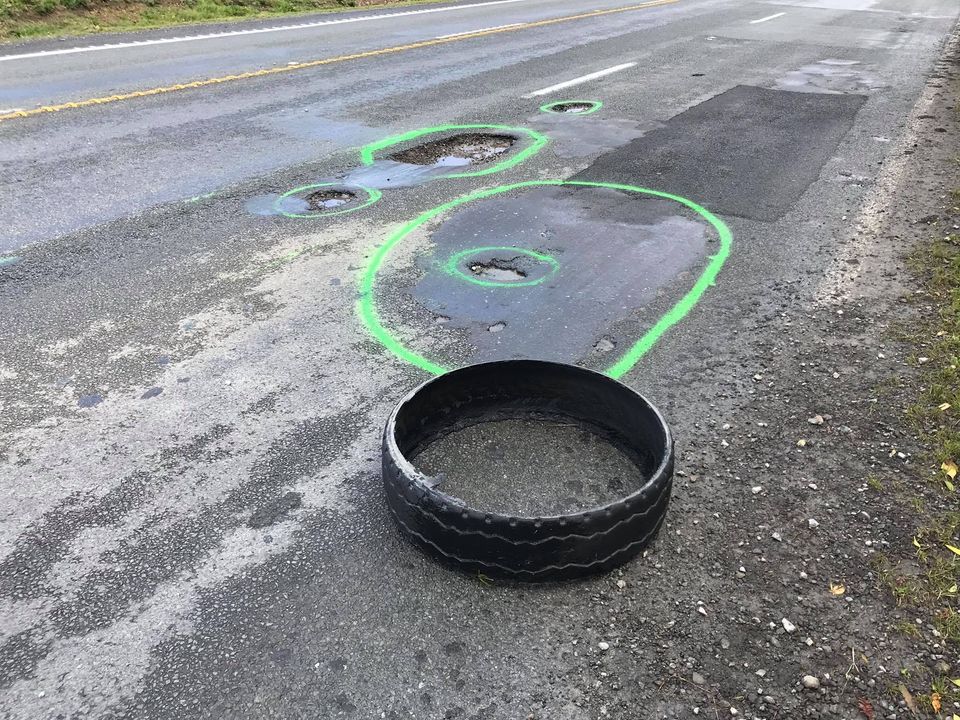 Now, though, Auckland Transport have announced that they’re not too happy with the good Samaritan and have reported him to the police and charging for the cost of the paint removal. A spokesperson for the organisation said, “The person responsible has placed themselves at risk, as well as potentially causing a safety risk and a distraction for other drivers.” 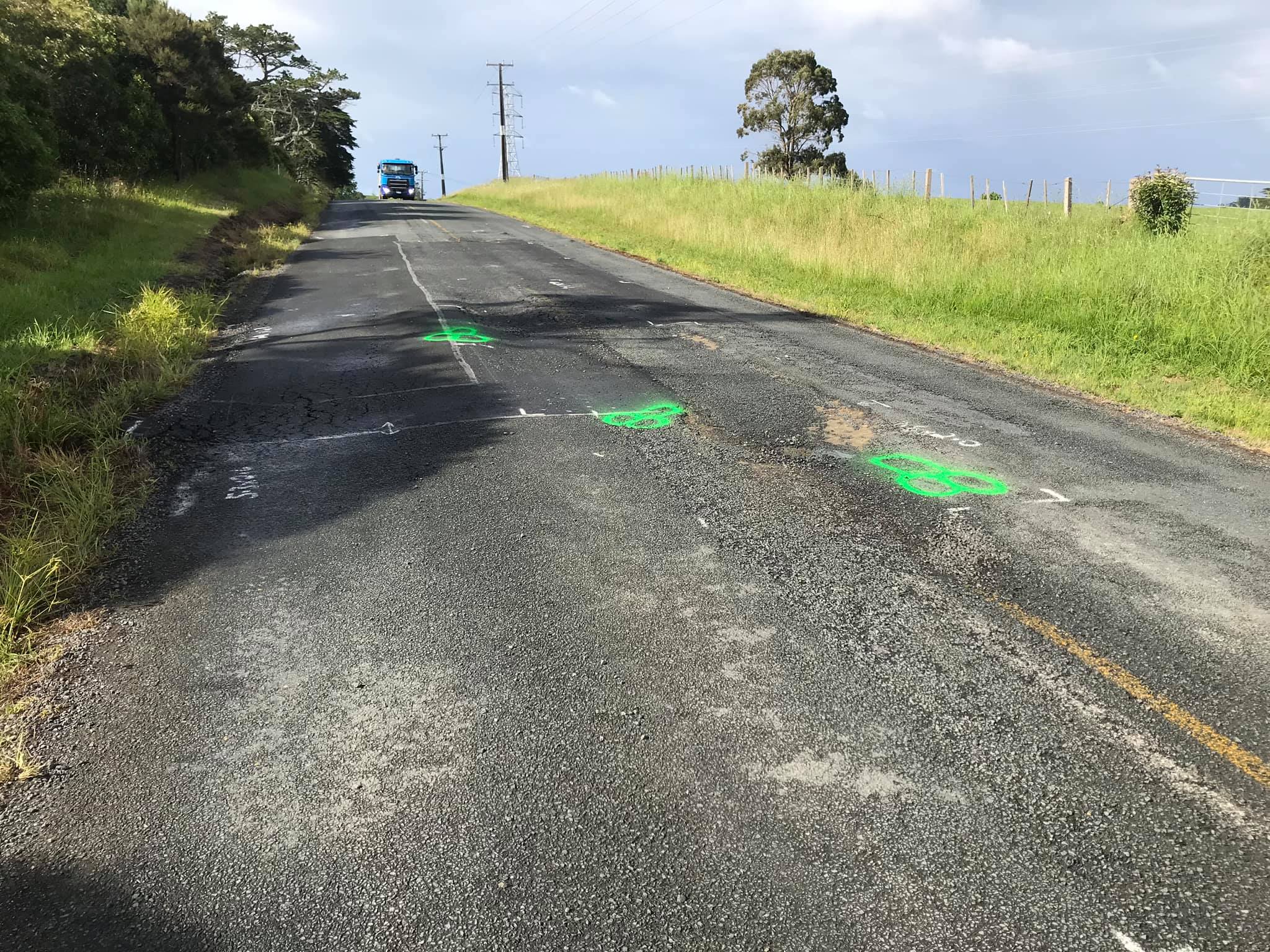 Bloody hell, New Zealand, you used to be cool. What the bloody hell’s going on here? Yeah, nah, no wonder Upson’s stressing about it. While explaining that he’s already had to give a statement to police and is happily complying, he’s s**ting broken glass at the thought of facing charges, particularly at the thought of possible jail-time.

Still, he’s mostly peeved that they’re more interested in busting him than they are in fixing the roads. “Mostly I am disappointed that Auckland Transport have told the media they want to prosecute me when they are still making almost no effort to repair unsafe potholes and undulations on roads I have to drive on a daily basis.” 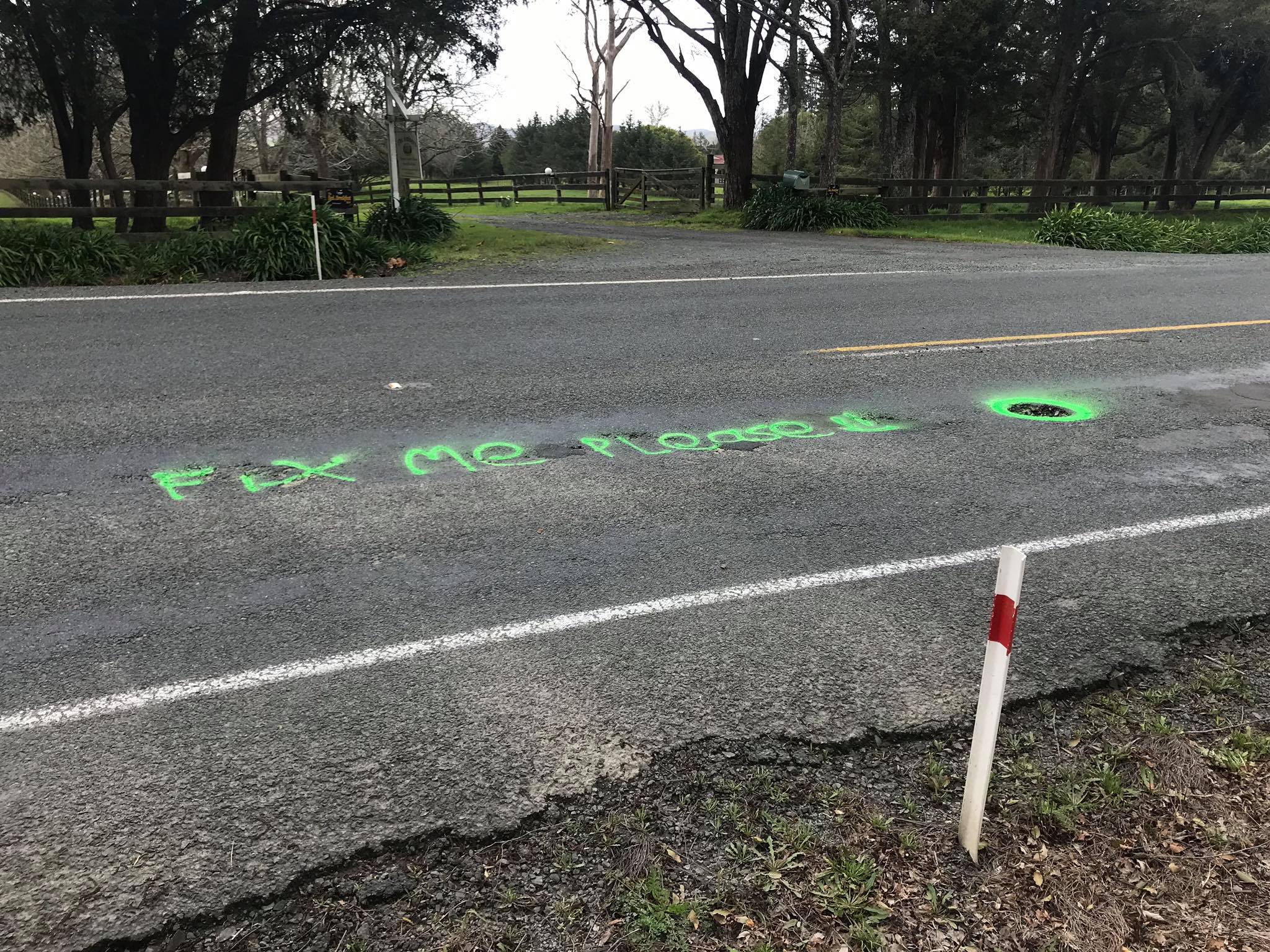 Final thought: Yeah, nah, we reckon that the authorities over there should use their common sense and just fix the potholes. It’s gotta be cheaper than hassling a bloke who’s trying to keep people safe and giving them a chuckle as well. What do you lot reckon?

Just in case you missed it, here’s one of Ozzy’s latest commentary videos…Ozzy Man Reviews: Drones