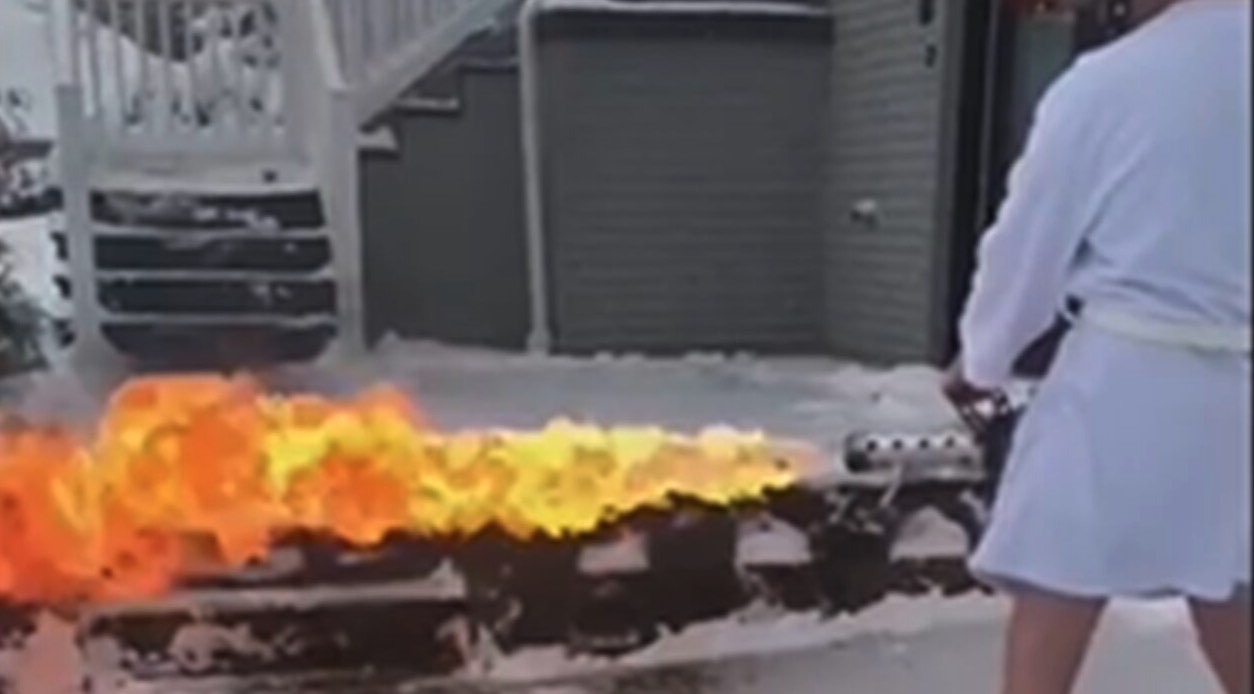 While we’ve been talking about the fact the Christmas and New Year’s period is hot as ball soup here in Oz, we know that our friends in the northern hemisphere have been freezing their knackers off lately. Still, that doesn’t mean we can’t respect the f**k out of a bloke who clears his snowed-in driveway in the most American way possible: with a bloody flamethrower! Grab some apple pie and some piss-weak beer and Check this s**t out!

The bloke in question is Kentucky man, Timothy Browning. And, as if clearing your driveway with a flamethrower isn’t stylish enough, he’s dressed like Cousin Eddie from National Lampoon’s Christmas Vacation and chugging a beer. Seriously, we like this guy! 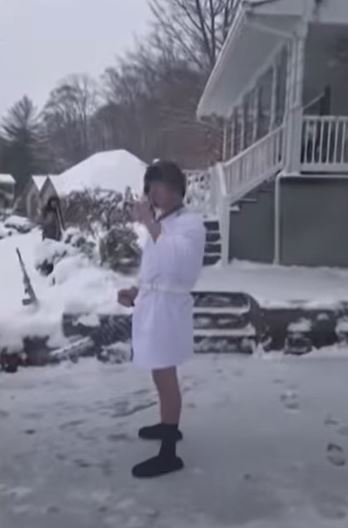 Anyway, have a look at that f**ken flamethrower. We don’t know if it’s one of the Tesla ones or not, but we can only assume that he bought it from the local K-mart while grabbing some home décor and a few assault weapons branded with Bluey the Dog for the tin lids. 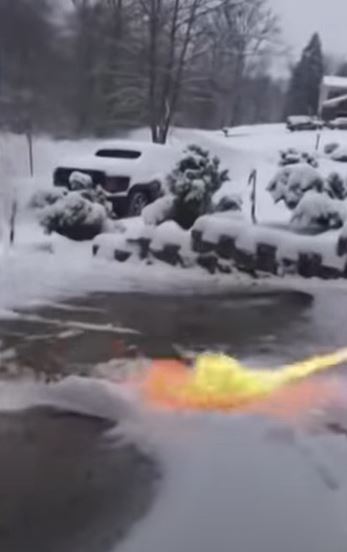 What we’ve gotta say, though, is that it’s bloody effective. Obviously, in the battle of ice versus fire, fire usually wins – particularly when it’s being fired out of the kind of weapon you could use to lay waste to a small country. 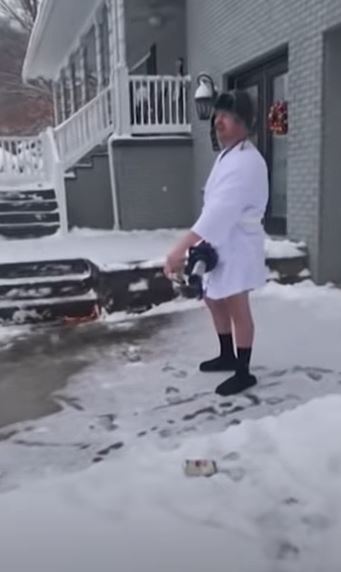 As you can imagine, footage of this s**t has gone viral. Not only did his wife Beth catch it on camera, but an onlooker named Jordan Podunavac also captured footage of the awesome moment, presumably for his insurance company. You know, just in case. 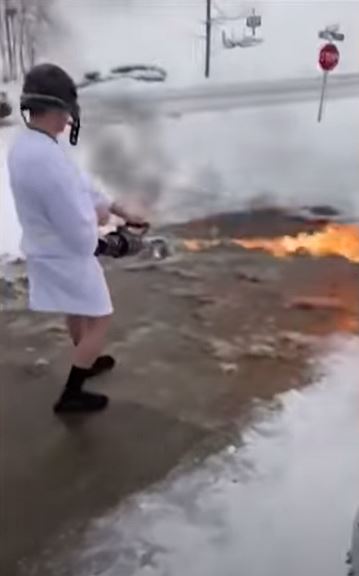 Since then, another bloke uploaded it to Twitter, and the video’s been seen more than 120,000 times. 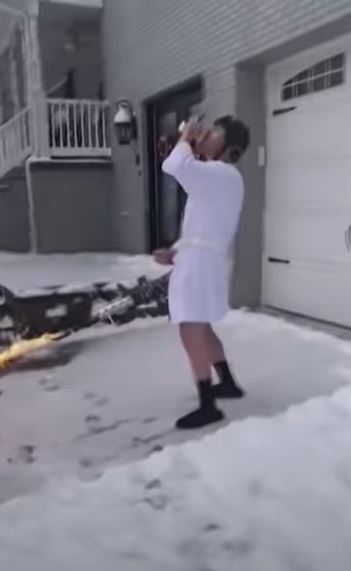 Here’s one way to do some quick snow removal, by flamethrower. Video taken by Jordan Podunavac in Ashland, KY. @NWSCharlestonWV @spann #KYwx pic.twitter.com/DylxR1r3D2

Final thought: We like this. We like it a lot. And seriously, it’s footage like this that makes us think maybe the yanks are onto something. Weapons like that aren’t for killing people; they’re for clearing snowed-in driveways. Matter of fact, we reckon this tradition should continue. Next time, though, we wanna see Tim dressed like Kurt Russell in The Thing!