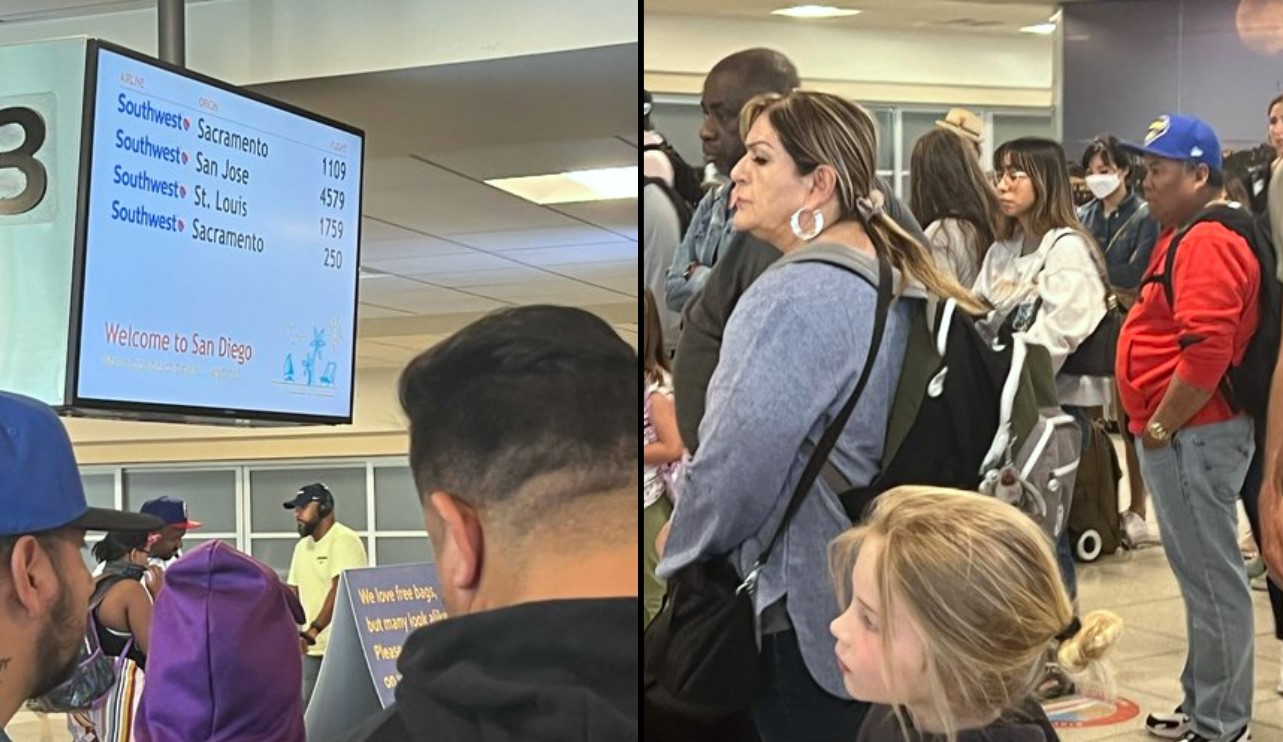 No matter where you are in the world, airports can be a f**ken nuisance. Whether you’re paying ridiculous prices for food, queuing up and dealing with rigorous searches, or just waiting for your bags, they can be bloody horrible. Fortunately, though, we’ve just come across an airport hack which might be able to minimise the time you spend waiting at the baggage carousel. Check it out…

Rightio, before we go on, we’ll give a little disclaimer that says we don’t know if this works or not. Still, that’s not the point, is it? Nah, we’re gonna let you know, and you can f**ken test it.

You know what really scuffs my timbs??!?

Basically, the theory has to do with fragile luggage. Apparently, that s**t is always loaded on last. In turn, if it’s loaded on last, it means it’s unloaded first. If you haven’t already run off to get your fragile baggage sticker, you’ll want to make sure you hit baggage staff up for one when you check in.

I watched a shoving match at a baggage carousel over the weekend. Like, over who was going to pick up their baggage first. It was the dumbest fight, at the dumbest place. Fellas… YOU'RE BOTH EVENTUALLY GONNA GET YOUR BAGS. -McCord. pic.twitter.com/rxwwRu2Gv2

On top of that, a bloke going by the name of Thomas Lo Sciuto reckons that you can double your chances of getting your baggage off the carousel sooner with a second hack. Now, we’ll be fair dinkum, given security delays, this one could be riskier, but it’s probably worth a shot too.

Alternative view from the #WindowSeat. The plane has landed & taxied to the terminal, the seatbelt is turned off but it will be another 10 minutes before the stairs are positioned & the door opened. But the race is on to be first waiting at the baggage carousel 😳 #airtravel 😂 pic.twitter.com/yejw0rbDLP

The Mirror says Lo Sciuto’s a baggage bloke and he reckons the best trick is to check in last. Apparently, “Bags will always be loaded front to back on the bag carts so if you check in last your bags will be in the last bag cart.”

So, there you have it. If you want to cut some corners at the airport and minimise waiting for your bags to come off the plane, this could be the way to go!

If you crowd the baggage carousel, go fuck yourself

Final thought: Like most people, we reckon airports are a necessary evil if you want to travel the world. You’ve gotta have high levels of security, but you’ve also gotta look for ways to make your life there easier. If you’ve got any other good tricks, share ‘em in the comments section.

Just in case you missed it, here’s one of Ozzy’s latest commentary videos…Ozzy Man Reviews: Cats being dodgy #5