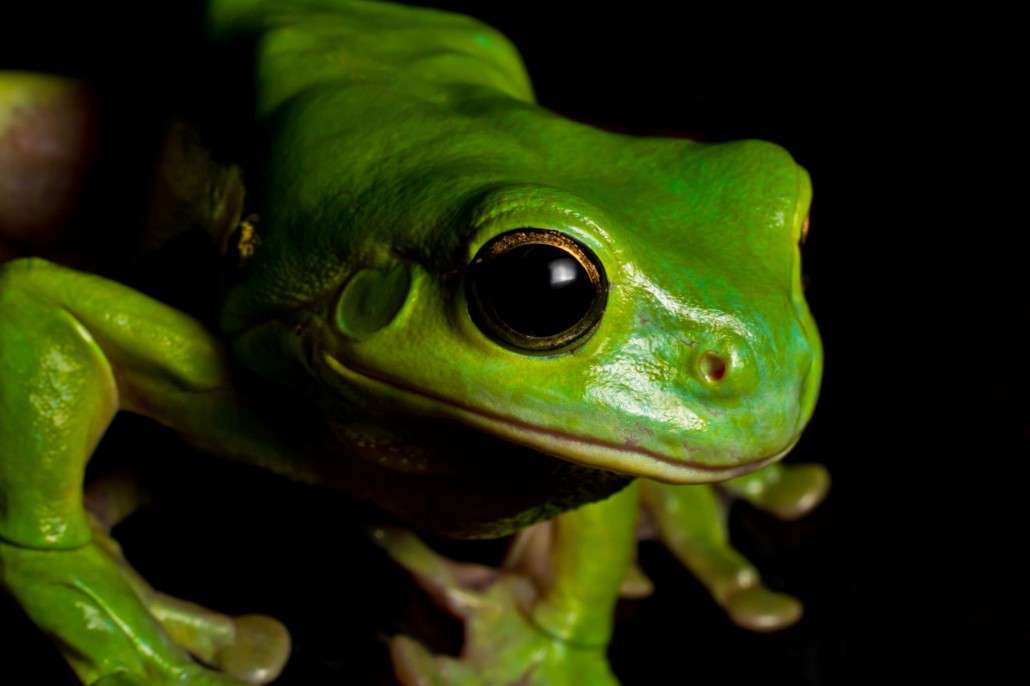 Bloody frogs. Have you ever stopped to think how terrifying they’d actually be if they were big enough to attack humans. They’ve got that leap, that dead-eyed stare and that sticky f***ing tongue that fires out like a harpoon and invites its target to destination f***ed. In some ways they even remind me of Scorpion in Mortal Kombat. They’re just like, ‘nah, yeah, f***ing COME ‘ERE!’ Next thing you know you’re bloody dinner for an amphibian. F*** that.

Fortunately though, frogs aren’t man-sized. They’re frog-sized. And that means they get to eat bugs and sh**, right?  F***ing wrong.  As this kickass photo of an Australian Green Tree Frog shows they’ll eat anything that fits in their mouth.  If that happens to be a snake, then good sh**, snake is on the menu. 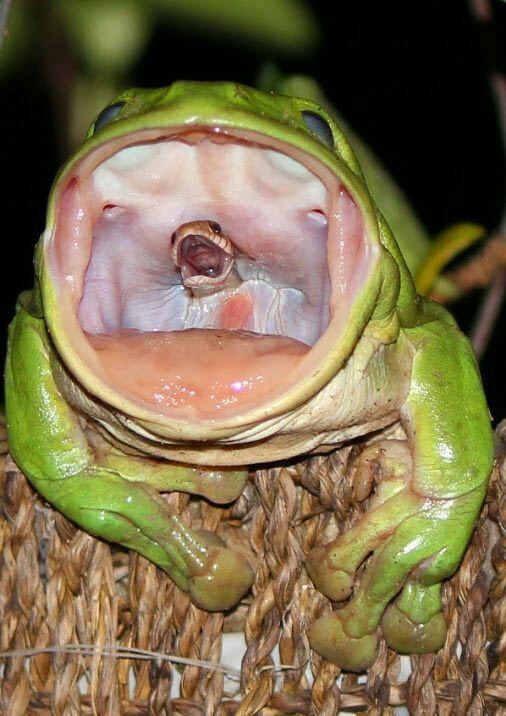 Now, according to classic bloody movie, The Waterboy, the best bit of a snake to eat is its knees. The frog in this photo, who we’ll name Clunge, doesn’t give a sh** about that. He’s eating the whole bloody thing.

Have a look at it. Imagine being the photographer who got the shot. You’d thank the gods, buy a bloody lotto ticket and hit the missus up for a quickie, because f*** me, it’s your lucky day. Imagine if your photo came out blurry. There has to be an infinitesimally small window of opportunity for a shot like that. He even seemed to get the exact moment the snake was all like, ‘f*** thisssss sssssh**, it sssssucksssss.’ 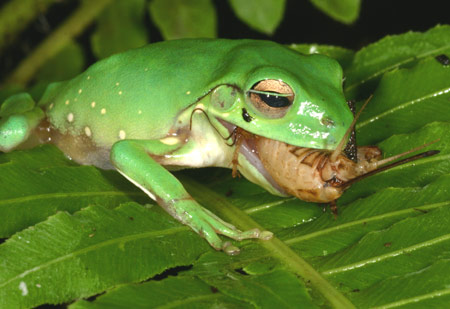 Have a go at Clunge though. If he’s not enjoying the sh** out of that snake someone’s tickling his cloaca with a feather. If that’s not bliss on his face, then I don’t know what is. He’s just like, ‘F*** YES ya wankers. I love snakes, especially the green ones. They’re the f***ing bomb!’ 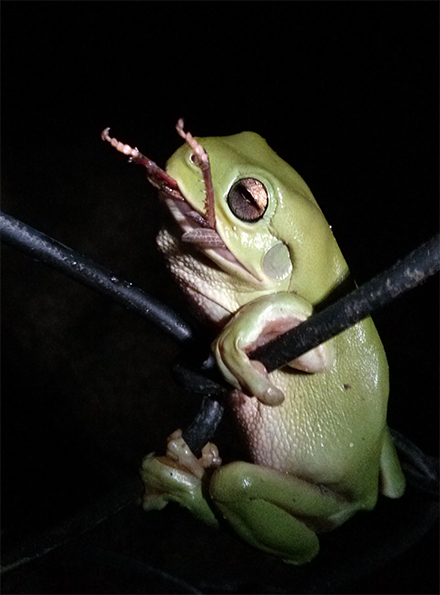 Some frogs like whatever this dead insect used to be… Credit: Paul Henry

To finish up, I’ve got to point out that the sheer art of that photo comes when you realise Clunge is probably no bigger than three to four inches. 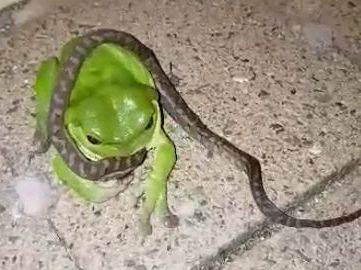 Turns out frogs will eat the sh** out of a snake. Check out the video of this down below… Credit: YouTube/Garry Robinson

There’s a school of thought that reckons the snake might have been trying to slither out of Clunge’s belly before it was dissolved by stomach acids but either way it’s clearly a bloody good photo. F***ing top work, Mr or Mrs Photographer.

Here’s a video of a frog eating a juvenile carpet snake.