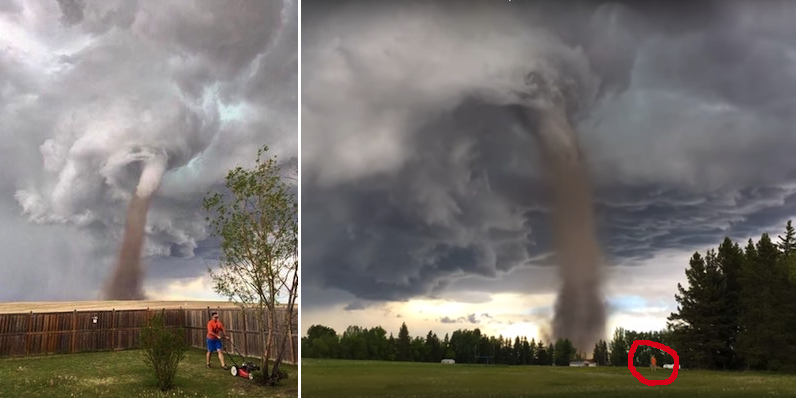 Incredible time-lapse footage has emerged of the monster tornado that ripped through the western Canadian province of Alberta on Friday and it will leave you completely spellbound!

The tornado, named Elie, reached top speeds of 175 kph, Environment Canada says. It stayed on the ground for 35 minutes and had wind speeds in excess of 420 kph but amazingly, no one was killed or even seriously injured.

Canadians, being Canadians, were largely unfussed by this behemoth as it rolled through. Some even continued with their household chores like the whole thing was little more than a minor inconvenience. Like this guy…

Theunis Wessels is fast becoming known as the “the Chuck Norris of lawn mowing,” for a picture of him mowing the lawn while a tornado rages in the background. It’s taken the internet by storm (pun sort of intended), but Wessels reckons it doesn’t tell the whole story. 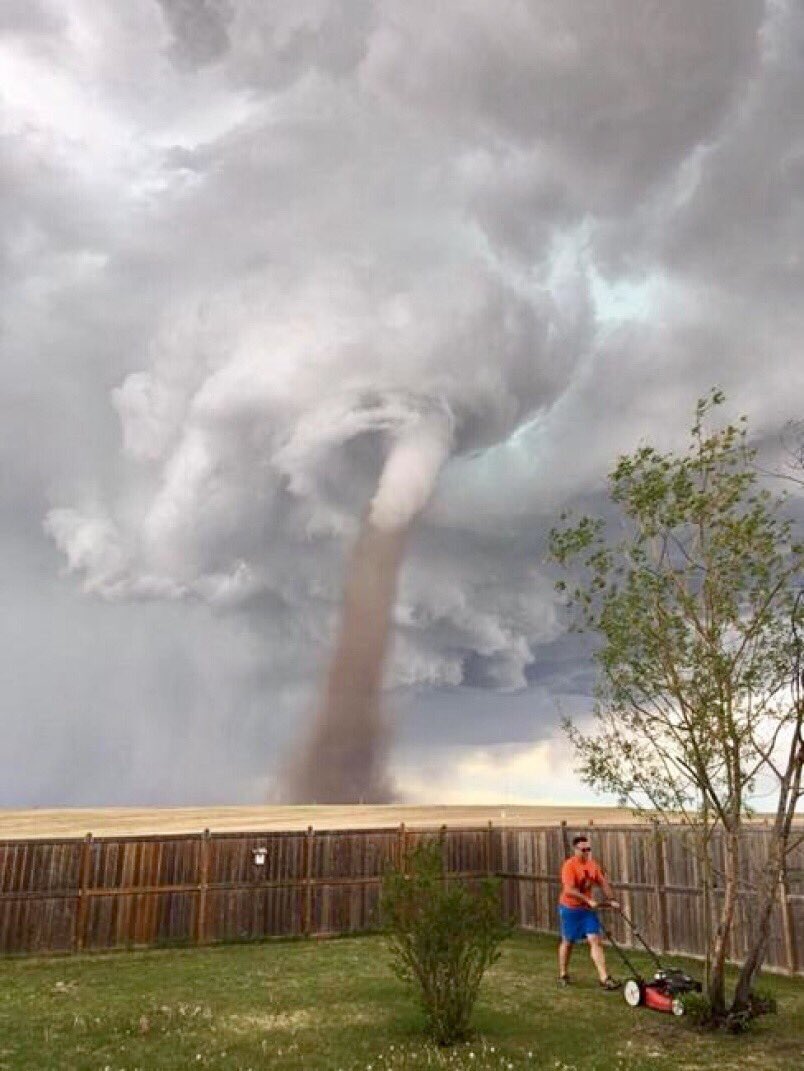 His wife, Cecilia, snapped the pic on Friday evening as the twister passed close to their home in Three Hills, Alta. The tornado touched down at around 5pm on Friday near the central Alberta town which is situated about 130 kilometres northeast of Calgary.

Although there were blue skies when Wessels started mowing his lawn, that quickly changed.

“When I started the whole process there was nothing, nothing in the sky, suddenly I saw this whirlwind,” he said. “I was watching it and keeping a close eye on it, and just seeing where it was going. I didn’t see any danger, it was so far away.” 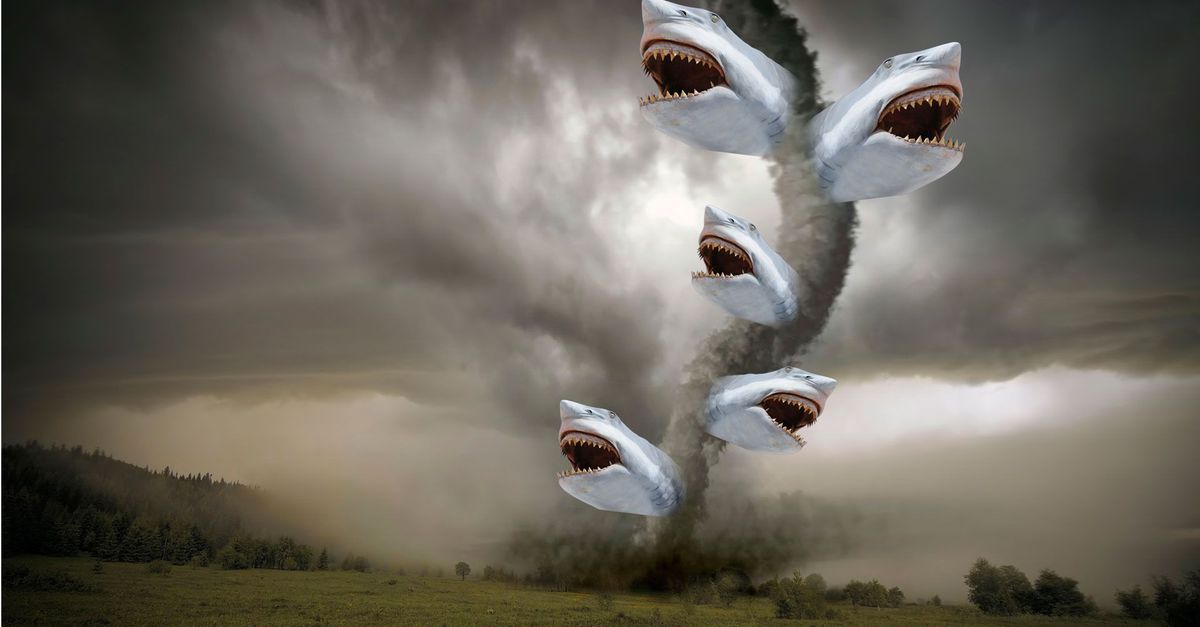 And now, another Alberta resident named Vance Neudorf has posted an unbelievable time-lapse video of the tornado in full flight. He uploaded it to YouTube with the following description:

“Just before capturing the tornado video, I was driving home from the grocery store and a funnel cloud formed overhead. I pulled over as it was heading directly for my daughter’s house. I called and told her to take the grandkids into the basement. As I filmed the time-lapse video, I watched as it passed just behind their subdivision in an open field.”﻿

The EF-Scale for measuring tornados ranges from 0, for a tornado that rips up shallow-rooted trees and causes minor damage to chimneys and road signs, to 5, for one that lifts houses off their goddamn foundations, uproots large trees and tosses them about with gay abandon, and throws vehicles 100 metres or more. 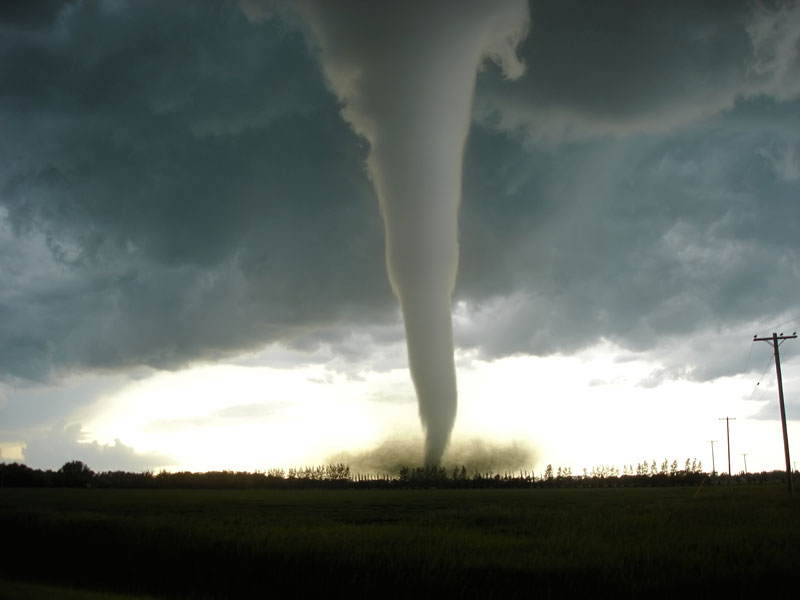 These things are weirdly beautiful…

The strongest documented tornado in Canada’s history hit the southern Manitoba community of Elie back in 2007. According to Environment Canada, it is the only officially confirmed F5 tornado in the country’s history.

WATCH THIS AMAZING TIME-LAPSE FOOTAGE OF THE TORNADO IN ACTION: