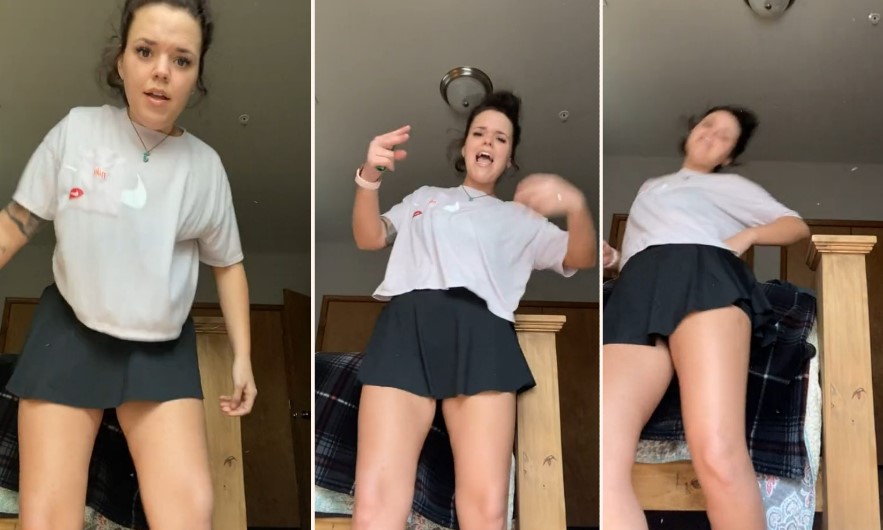 Girl bangs back on bed and becomes instant meme

While there’s no doubt plenty of people have made a name for themselves with a viral video, the secret behind figuring out what exactly makes a video go viral seems to still be a bit of an enigma. Deadset, some people try to make it happen for their whole lives while others just f**ken do it by accident. Ask Katey Bridges, who’s managed to shoot to viral fame for a simple accident…

Yeah, look, we’re not gonna lie, this is probably one of the funnier viral videos we’ve seen in a long time. Don’t get us wrong, we don’t mean it’s funny that Katey’s given her back a f**ken whack (although, it kinda is), but what creative TikTokkers have done with the resulting scream of pain is bloody genius.

Katey is clearly a good sport, though. Even after the buggering up her video in pretty clumsy fashion, she still shared it on TikTok. “Just trying to show my fit off but the good lord had other plans,” she wrote in the accompanying caption.

Pretty much straight away, others ran with it. She inspired more than 11,000 duets in pretty much no time at all, and some of them are f**ken hilarious. Deadset.

The duets cover a s**t-tonne of ground, even seeing Arrow actor Stephen Amell get in on it with a skit in which he pretends to shoot Katey as she crashes into the bed and screams in pain.

We’ve chucked a couple of good ones in here, but have a bit of a flick through the Instagram post below to see some of the other duets.

Final thought: It all goes to show that you just can’t predict viral success. Well, like, you sometimes can, but the best stuff is pretty much always spontaneous. Don’t you reckon?

Just in case you missed it, here’s one of Ozzy’s latest commentary videos…Ozzy Man Reviews: Spready to the Gods: A Deep Dive