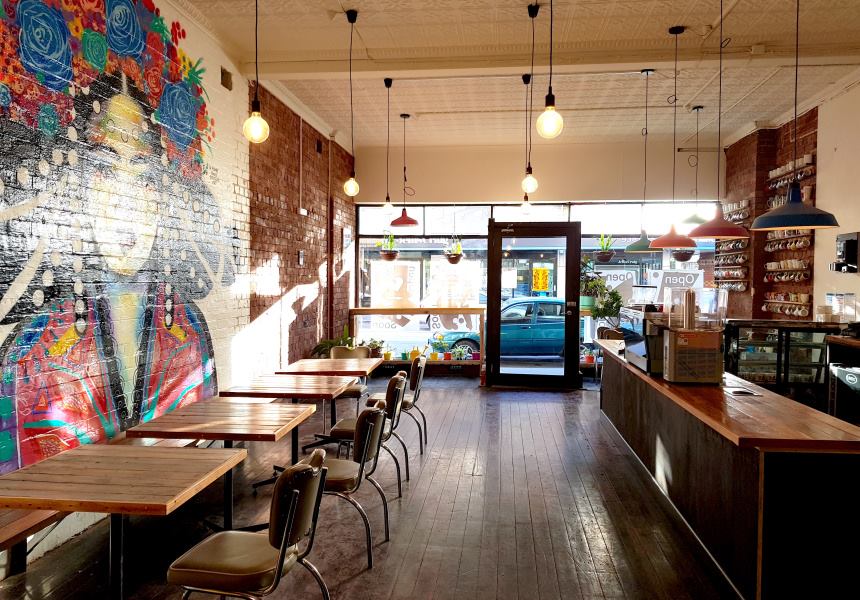 Ooh, this one’s a bit feisty. A vegan café in Melbourne is charging male customers 18% extra and calling it the man tax. 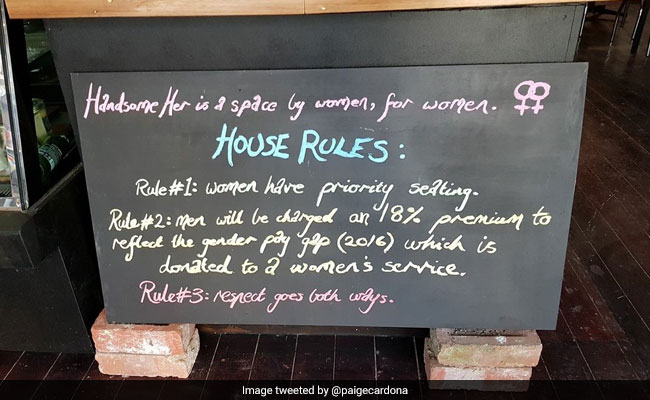 House rules. If only there was a man around to put the blackboard on the wall. (Credit: ndtv)

Which begs the question; do real men eat vegan anyway?

As you can imagine internet warriors are firing up caps lock, losing sight of their dictionaries, and taking to Twitter!

The Handsome Her Vegan Café is owned by Alex O’Brien, who describes herself as ‘a feminist, not the fun kind’, said the tax is added one week of every month and is not compulsory.

The idea behind the tax, which admittedly seems a bit tongue in cheek, is to raise awareness about the gap in wages between males and females in Australia. Not a terrible idea and it’s a good way to kick off conversation (even if it’s a heated convo). 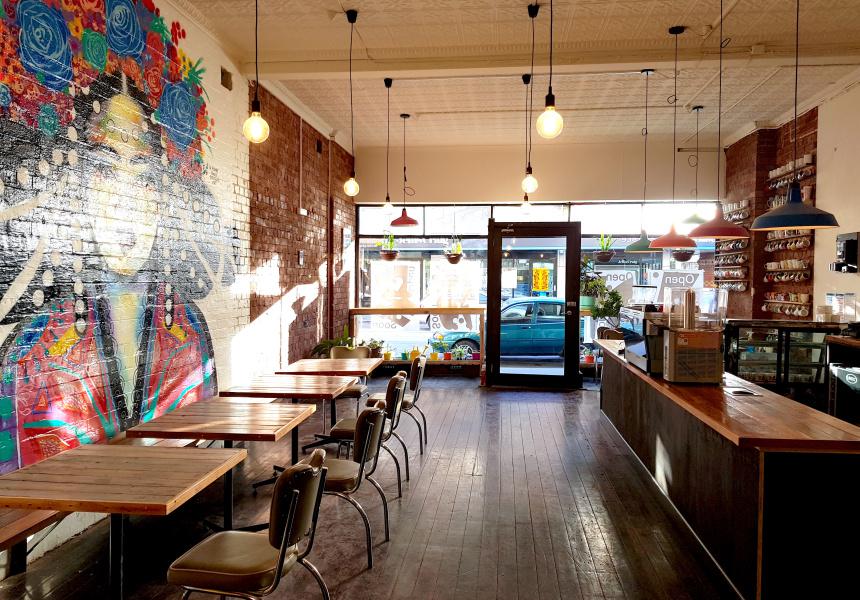 It looks like a great place to eat. Until you realise there’s no meat on the menu. (Credit: The Sun)

It also seems like any profits raised by the tax go to the charity group, Elizabeth Morgan House which helps Indigenous women and children.

The only thing that seems a bit dodgy is the café supposedly has vulva stones and period sticker packs on the front counter. I dunno about you, but I certainly wouldn’t be wanting any ketchup on my veggie snag if I ate there. Or would I? 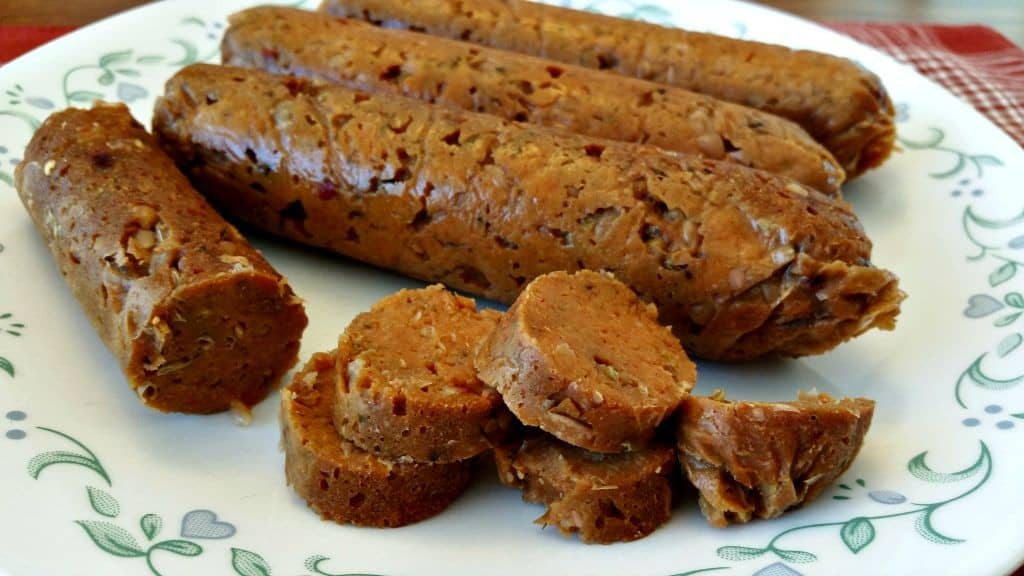 A vegan sausage. Is that corn? (Credit: Brand new vegan)

All in all though, this isn’t a bad idea when it’s on brand for the cafe anyways, there’s been worse ideas in the world. If you can maintain a sense of humour over it you’ll get by just fine. In fact, it’s not a bad idea at all considering a chick came up with it. I joke, I joke. Hahaha… Ha.. Ha… See what I did? Please don’t kill me.

None the less, some people on the internet are a bit ‘yeah-nah’ about the idea and have said things like…

I may visit Australia just so I can boycott this place!!! #hate Vegan cafe charges male customers 18% 'man tax' https://t.co/Xb0CYKstVu

I would think having to look at their faces would be enough of a "man tax". https://t.co/zLmRg1HNjg

Two months from now, the guy's holding up a sign on a Melbourne street: "Will implement stupid ideas for food."https://t.co/33dCdwoVZR

Calm down. It’s optional, it’s a bit of fun and it goes to charity BUT one has to wonder how the public would respond if a male-focused café tried the same thing.

I can imagine it now. It’d be called something like Sausage Fest. There’d be dick and balls statues on the counter. It’d serve nothing but kabanas, knackwurst, chorizo and hot dogs; and you’d get a discount if your missus did your dishes.

Feminists would get behind that. Surely!