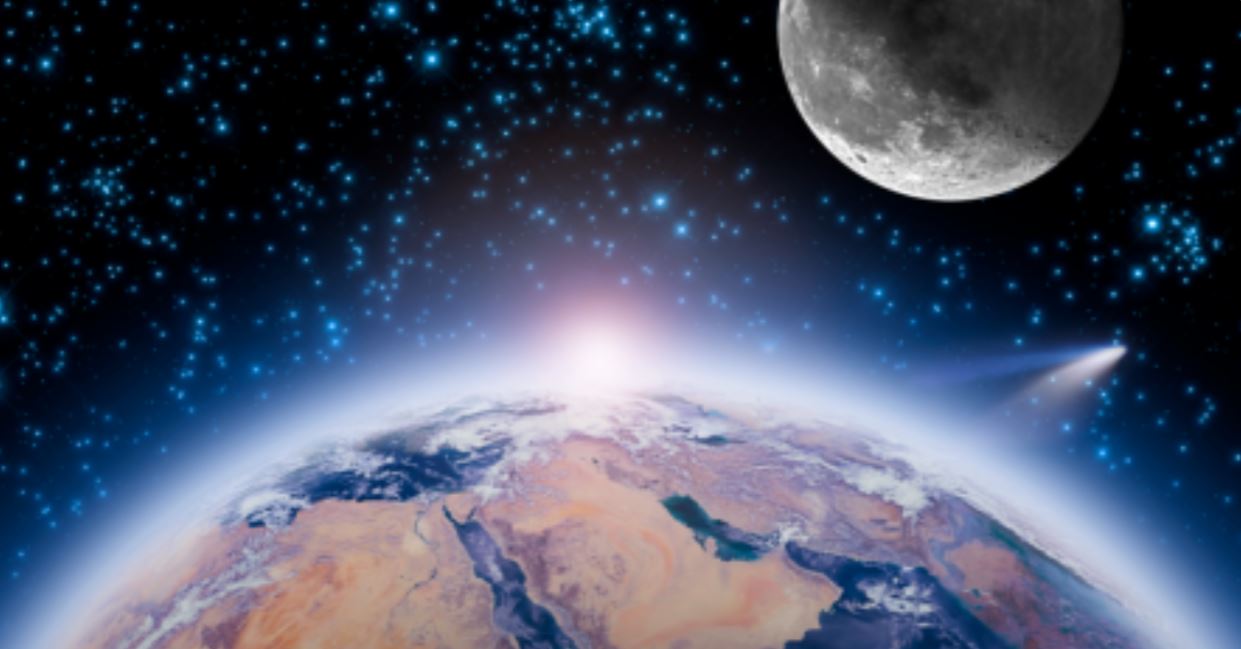 Earth to get second moon in October, completely man-made

One infallible rule of life is that the earth has one moon. Until now. Yeah, nah, apparently, the earth’s about to get a second moon. Some of the more mystically and mythically-minded among you might figure that can’t be a good thing given the state of 2020, but there’s no need to fear. This moon is the remains of an old booster rocket that’s gonna get caught in our orbit for a while.

As you probably know, it’s not enough for people to leave their junk all over our own planet. That’s why space is, apparently, chockers with other bits of s**t we’ve fired up there. Scientists call this s**t space-junk, and once it’s up there, it just floats around, occasionally getting trapped in the orbit of bigger objects.

According to NASA, a small asteroid – roughly the size of a bus – passed close to Earth on Thursday, flying just 22000 km above the surface, within the orbit of geostationary satellites. The asteroid (2020 SW), is about 10 meters wide and was first discovered recently on 20 Sept pic.twitter.com/wZCJTaY5pS

When smaller objects get caught into the earth’s gravitational pull, they can, apparently be known as mini-moons. This particular bit of space-junk is believed to be the remains of a 1960s booster rocket and has been named Asteroid 2020.

Earth has temporarily captured a new mini-moon which is between size of a cow & hippopotamus. The moon is an asteroid that is called 2020 CD3 that has a diameter between 1.9 – 3.5m
~ International Astronomical Union's Minor Planet Centre.https://t.co/j2Rqm0u7AA

According to scientists, it’ll come within 43,000 kilometres of the earth. We’re not sure how big it’ll look, but to be honest, it’d be kinda cool if it was actually f**ken huge. Regardless, it should be visible from October to May.

Dr Paul Chodas, the director of NASA’s Center for Near Earth Object Studies, the man-made asteroid says the object – which is still officially unidentified – is following ‘precisely the kind of orbit’ that an early rocket booster would follow after passing the moon.

Asteroid 2020 SO may get captured by Earth from Oct 2020 – May 2021. Current nominal trajectory shows shows capture through L2, and escape through L1. Highly-chaotic path, so be prepared for lots of revisions as new observations come in. @renerpho @nrco0e https://t.co/h4JaG2rHEd pic.twitter.com/RfUaeLtEWq

He reckons, “It is unlikely that an asteroid could have evolved into an orbit like this, but not impossible.” Still, he’s claimed that it’s possibly the Centaur rocket body that delivered the Surveyor 2 experiment payload to the Moon in September 1966.

Final thought: This is all pretty f**ken exciting, and as we said above, we kinda hope it’s massively visible and appears as large as the regular moon. With no expertise at all to guide us, we’re just gonna say it’s not an omen, but it is a pretty cool sight to see. Let us know what you reckon in the Facebook comments section.