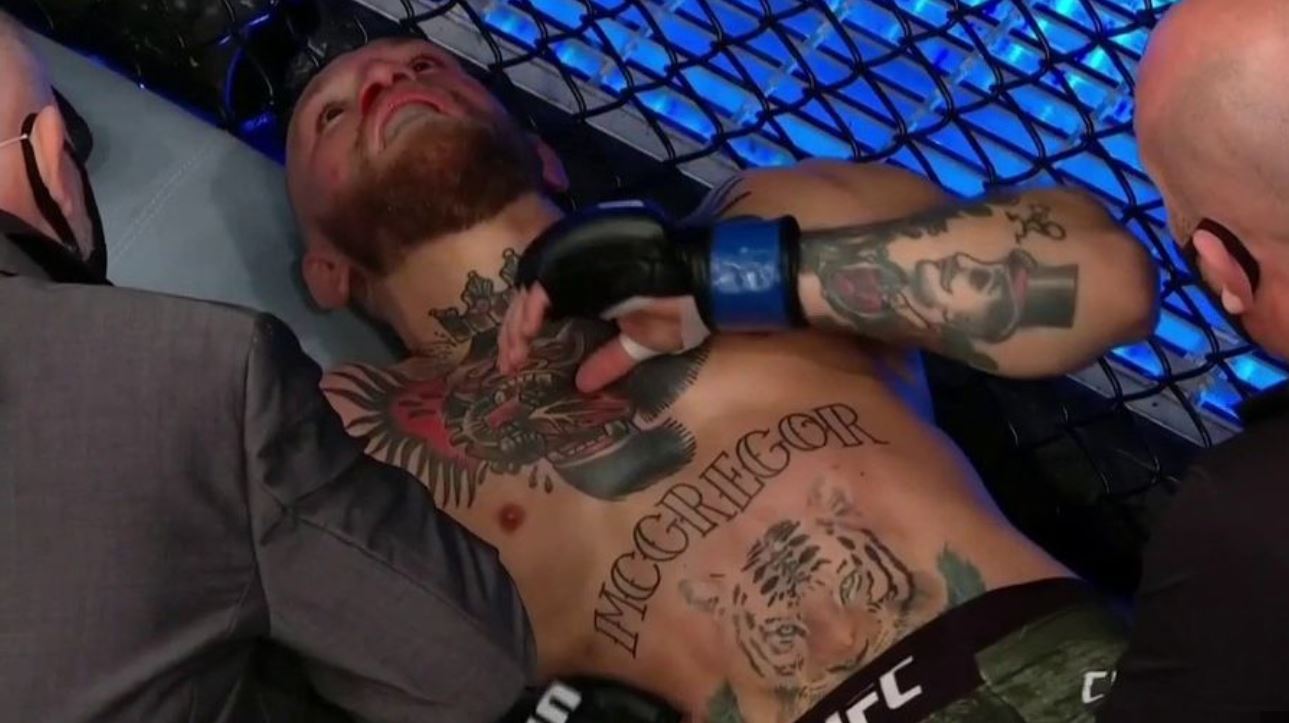 We’re sure plenty of you already know, but it’s been a bloody big day in the UFC. Yeah, yeah, nah, nah, not only was living legend Conor McGregor back in action, but thanks to his opponent, Dustin Poirier, the Irishman even went for a little nap at the end of the match. Anyway, enough blurb, let’s get to the action.

As you’d probably expect, the world’s reacting to the loss, which some are calling brutal! Yeah, nah, not only was this McGregor’s first TKO loss, but he got smacked out in just the second round.

Experts and pundits are saying that McGregor was sluggish in the match, and he and others are claiming it’s a case of ring-rust. UFC great Chael Sonnen said, “If there was a miss in 2020 by us as an industry it was that Conor McGregor wanted to fight four times and we allowed him to fight once. In all fairness it was a miss. Conor was slow tonight. He was sluggish, that’s going to happen.”

For what it’s worth, though, you can only beat the opponent in front of you, and Poirier went to town on McGregor, working on his legs to immobilise him. After match footage shows that McGregor’s leg looks like badly spanked meat.

After the victory, Poirier said,” “I’m happy, but I’m not surprised – I put in the work. We’re one and one, maybe we have to do it again. I’m happy. I’m happy in the place I am and with who I see in the mirror. The goal was to be technical, pick my shots and not brawl at all. I can box and kick-box technically, but I have a tendency to go crazy. I showed my boxing. I felt I was boxing well with Conor, he was countering but I thought I went well with him.”

So McGregor now has to fight one of them Youtube boys?
Is that how it works?#UFC257

McGregor, as we said above, is blaming ring-rust for the loss, but also giving Poirier the credit he deserves for the victory.

“It’s hard to overcome inactivity, the leg kicks were good. My leg was dead. Dustin’s some fighter. You’ve gotta put in the time. I have to dust it off and come back, that’s what I’ll do. I need activity. You don’t get away with being inactive in this business, and that’s what it is. I’ll take my licks, it’s a tough one to swallow. But we’ll get to go again.”

This is what happened, when you change your team, leave the sparring partners who made you a champion and sparring with little kids, far away from reality.

“THERE’S A NEW KING IN THE LIGHTWEIGHT DIVISION!”

Michael Chandler made a statement in his UFC debut 😤 #UFC257 @espnmma pic.twitter.com/UEMfnJkEsq

Final thought: Yeah, nah, obviously, the future of these guys’ division is up in the air with Khabib still not too keen to come and fight, but let us know what you reckon about whether this is a sign of things to come for the year and whether there’s a new man to beat in the UFC.

Just in case you missed it, here’s one of Ozzy’s latest commentary videos…Ozzy Man Reviews: Humans Being Nice #4

Ladies and Gentlemen, boys and girls, the judges have removed their latex gloves, rinsed off their tape measures and the results are in! The wonders of statistical analysis have again been placed on display in full vi...

The big fight day arrived and it lived up to the hype for the most part! I'll save the commentary and critical analysis for the video below that I've made. Firstly, let's go on a quick journey in regards to acce...