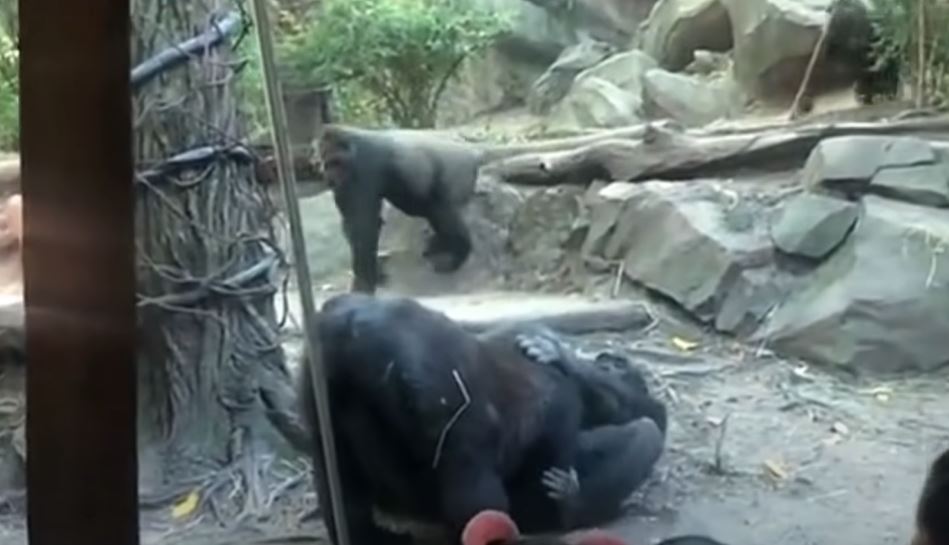 Seeing as you’re a smart bunch of people out there in the comments section, we reckon you probably know that several species of apes actually take pleasure out of sexual acts. Yeah, nah, funnily enough, humans aren’t the only ones that enjoy a bit of sexy-time. What you might not have known is that for gorillas, a bit of the gobbly stuff is perfectly normal. Yeah, nah, they don’t mind a bit of oral sex – and we’re talking about gorilla on gorilla action here, so get your minds out of the gutters. Anyway, check out this story…

Basically, this s**t all kicked off when guests at the Bronx zoo were confronted by two gorillas performing oral sex. Naturally, this s**t was caught on tape, so if you wanna check it out, you can. It’s down below.

Of course, we’re talking about this in a strictly scientific way. Yeah, nah, it’d be a bit weird if you were getting your rocks off over it. In this story, that’s the gorillas’ job.

Anyway, the bloke filming it, who has chosen to remain unnamed, didn’t capture the footage from the bushes. Nah, the gorillas were making a show of it, forcing parents to get their kids away from the enclosure, lest they need a quick chat about the birds and the bees.

What’s truly amazing is that the other gorillas walked away or looked away while the human recording steadied for a better shot. 🤔

He reckons, “I was shocked and had no idea that was a natural act. I was in the gorilla exhibit with my 4-year-old daughter and niece. My wife had to stay out of the exhibit with my sleeping son, so I wanted to capture a lot of video. Then this magic happened.”

Discover Magazine says, “Gorillas, as well as chimpanzees, macaques and orangutans, are most likely to display responses similar to humans, meaning that they too can experience sexual pleasure.”

this little girl perfectly emotes all of us right now pic.twitter.com/4GB7zmpfRt

As you can imagine, the incident has captured a bit of attention online.

Final thought: Yeah, nah, we reckon that the only thought we can leave you with here is this one: just be prepared. You never know when you’re gonna be confronted by two gorillas giving each other head, so make sure you’re always expecting it. Deadset, it could happen at any time!