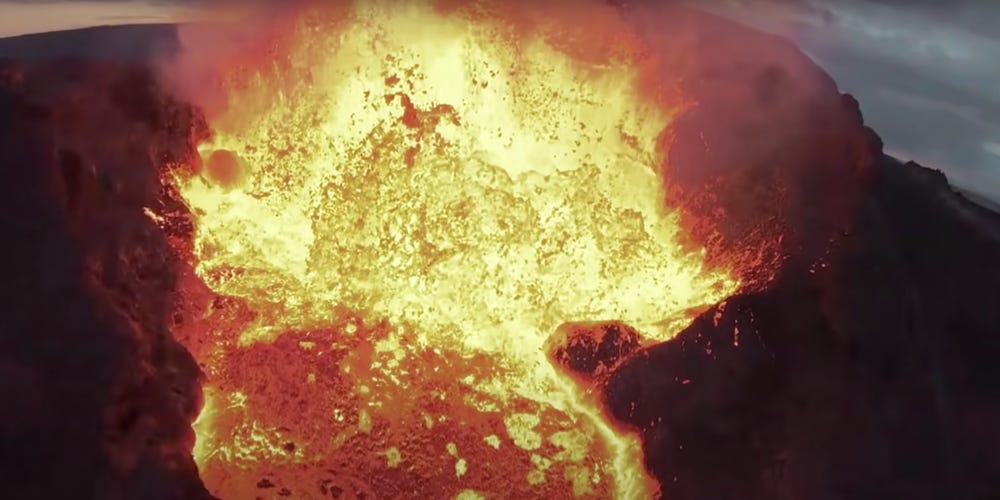 If you’ve been paying any attention at all over the last few months, you’ll know that there’s been a bloody volcano cutting sick in Iceland. Deadset, we’re talking lava, rivers of fire, all that s**t, and, as a result, people have been out there getting some mad footage with their drones. Naturally, not every drone flight’s a winner, though. Yeah, nah, some of ‘em f**ken crash. When they do that over a volcano, you get to see what it’s like to look deep inside the magma. Check it out…

All right, you big bloody bewdiful d*ckheads, heeere’s our website. Now, you might remember that we shared some footage from the Fagradalsfjall volcano aback in March. That s**t was f**ken spectacular, but believe it or not, the volcano’s still raging. 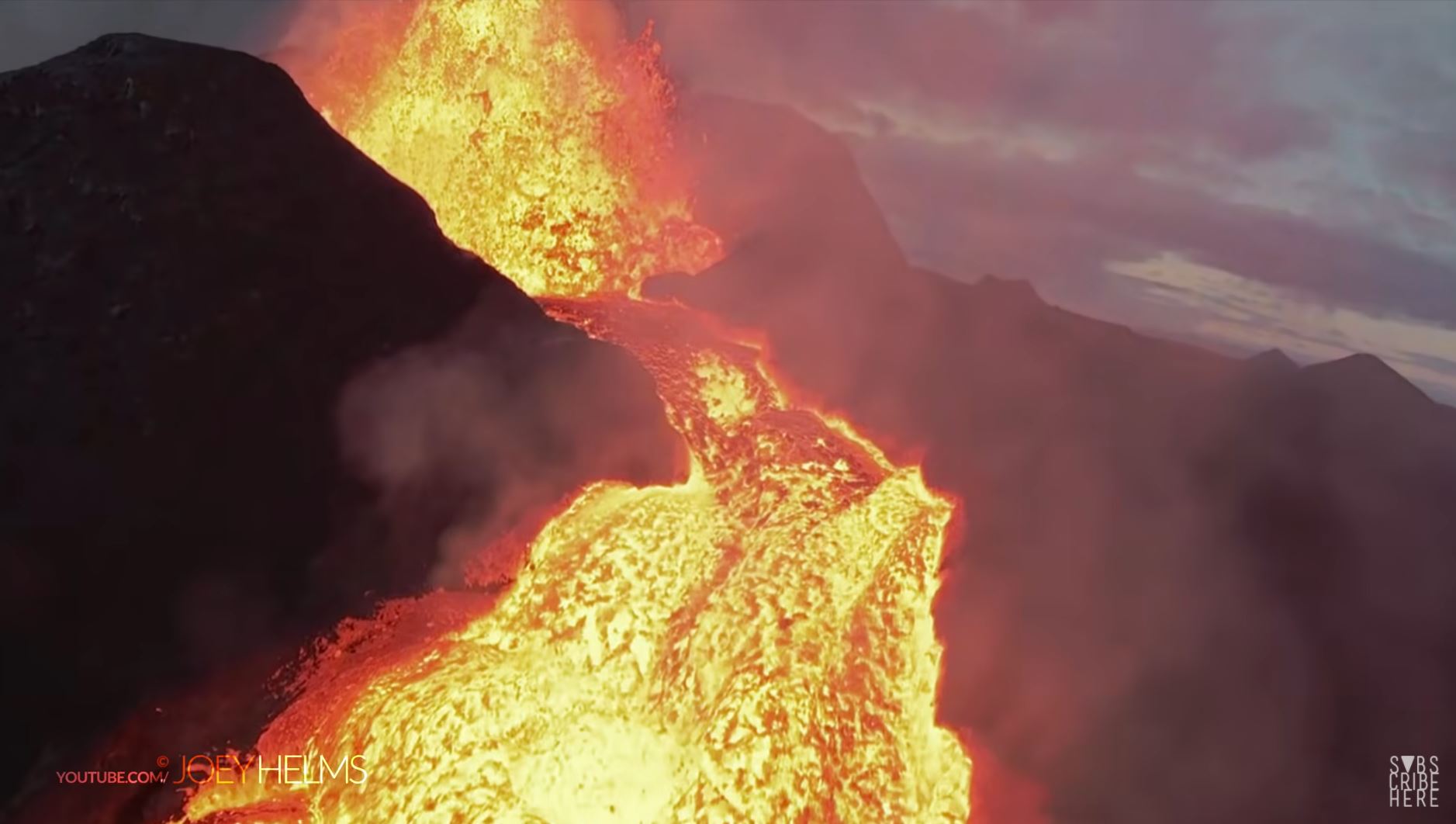 That means drone pilots are still capturing footage, and we bloody love it. One of those pilots is Joey Helms. This legend spent a few days out there, and he reckons he’s got plenty more footage to share, but before he gets to that, he’s shared exactly what happens when your drone crashes into the erupting volcano’s fiery magma.

“Watch the brand new DJI FPV drone crash right into the exploding lava fountain of Iceland’s newest volcano – Fagradalsfjall in the Geldingadalir valley. This unique HD footage provides a rare view right into the volcano’s caldera and lava fountain during one of its geyser-like eruptions.” 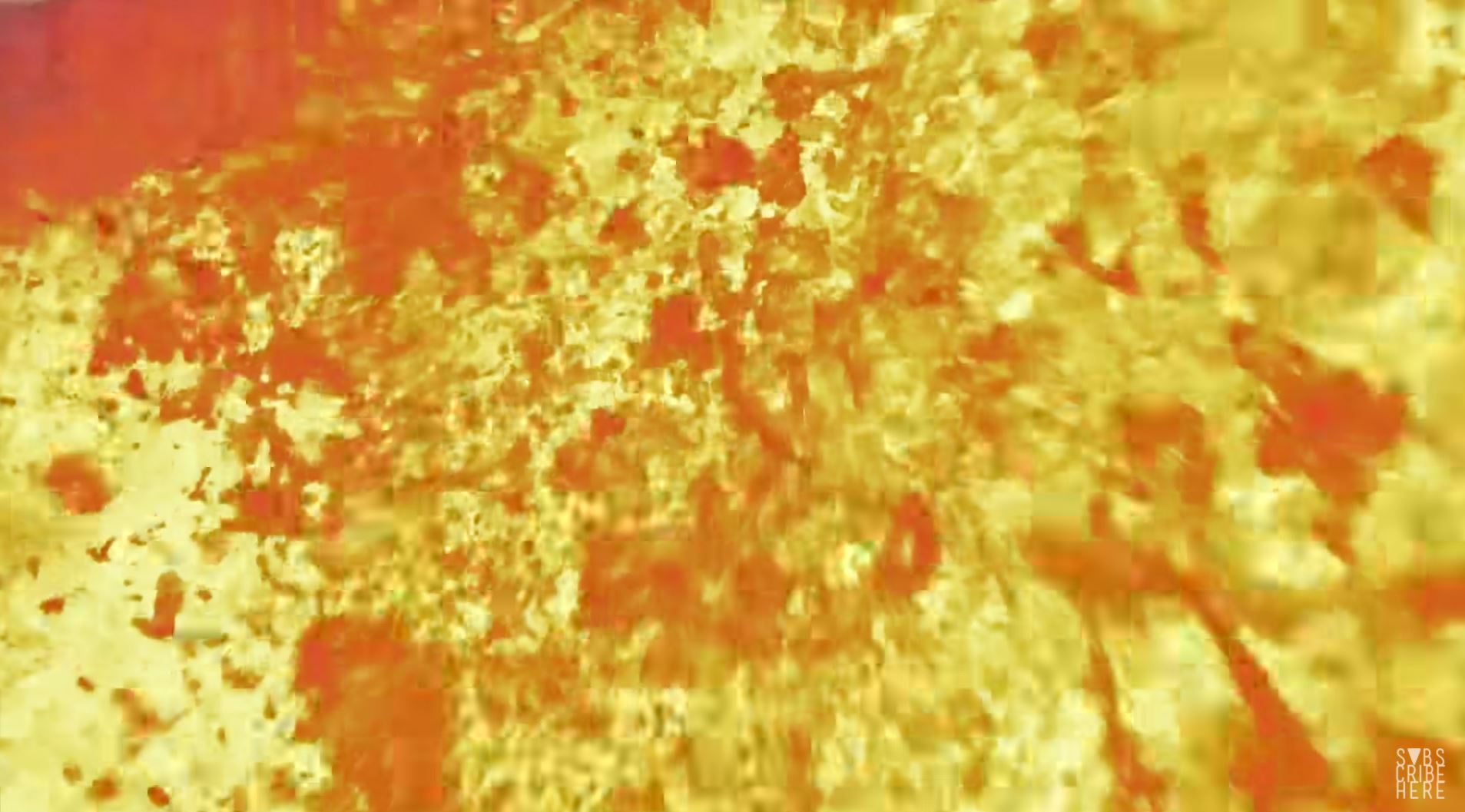 He then explains exactly what we’re looking at:

“FPV drones are notorious for crashing, it is part of the hobby. So in an effort to get a unique vantage point and perspective into the crater we flew this remarkably capable drone as close to the lava river and caldera as possible. One of it turned out to be it’s very last flight. At least the goggles record a great 1080p image allowing us to actually capture the last seconds the drone saw.”

We’re not sure if it’s worth losing a drone, but it’s pretty f**ken mint footage. Give it a squiz. 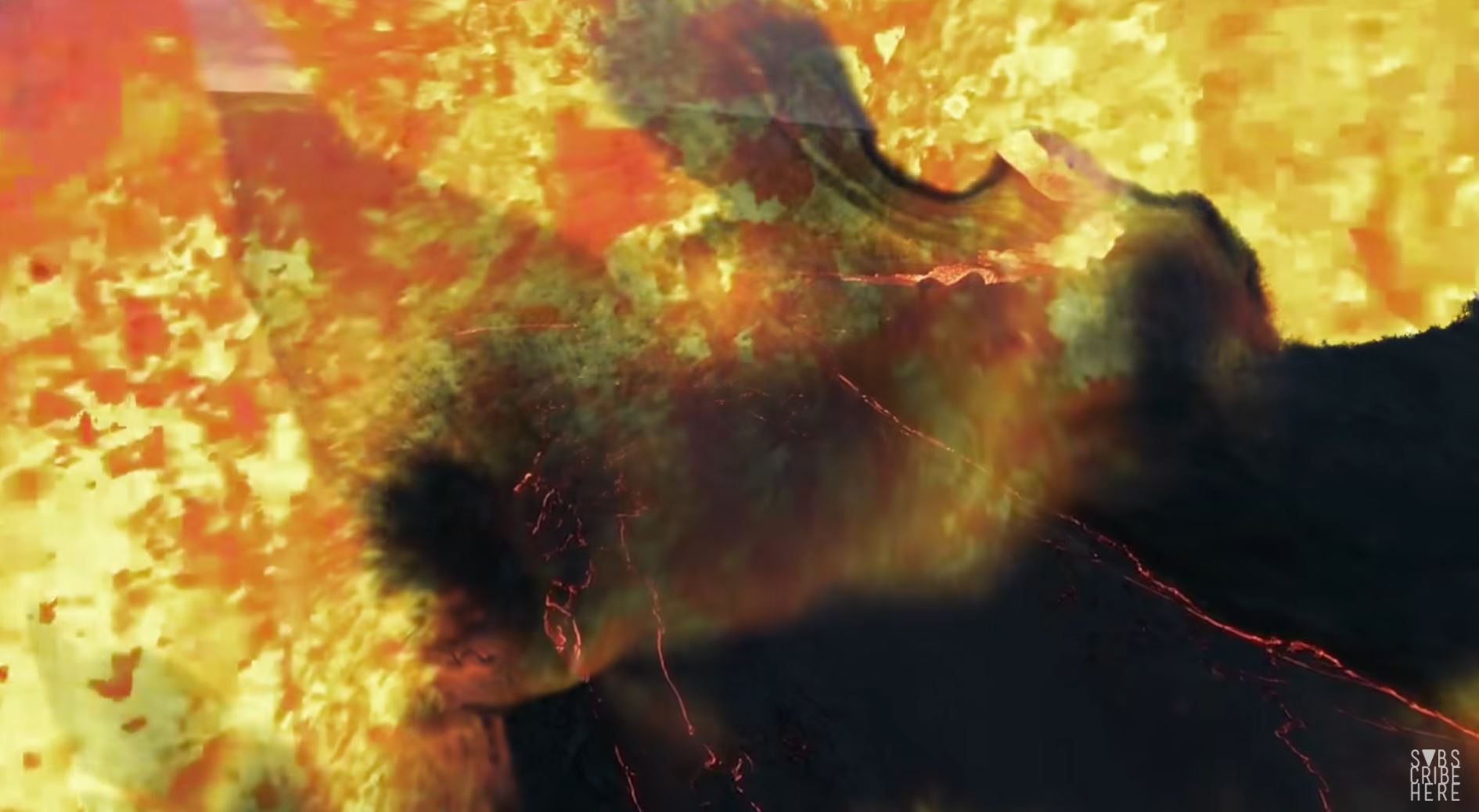 Final thought: We don’t know about you lot, but we reckon this is pretty spectacular s**t. Still, it does make you wonder whether it was worth it. Was losing a drone worth the final shot? We don’t know, so why don’t you tell us in the comments section.

A drone has crashed into Iceland's spewing Fagradalsfjall volcano, with its final spectacular moments being captured on video. #Iceland #Volcano

Logan Paul is f*@#en JACKED days out from Mayweather fight

Yeah, nah, say what you will about Logan Paul and the controversial antics he’s often participated in over the last few years, but when it comes to his new boxing career, you have to say that the bloke’s been putting ...

Brave Californian woman steamrolls a bear to save her dogs

F**ken crikey, mate, as you know, we bloody love dogs on this here website, and we know you lot are big fans of the furry little f**kers as well. So, yeah, when we saw this video, we knew we had to share it. In it, yo...

Mate, as you know, we post tonnes of interesting s**t on this here website, but despite the Russian explosions, karmic retributions, and visits to your favourite destination, we love the wholesome s**t the best. That’...

Forgive us for reminiscing here, but do you remember what it was like to be a pissed-off teenager after a fight with your olds? We don’t know about you guys, but we remember more than a few times when we packed our ba...