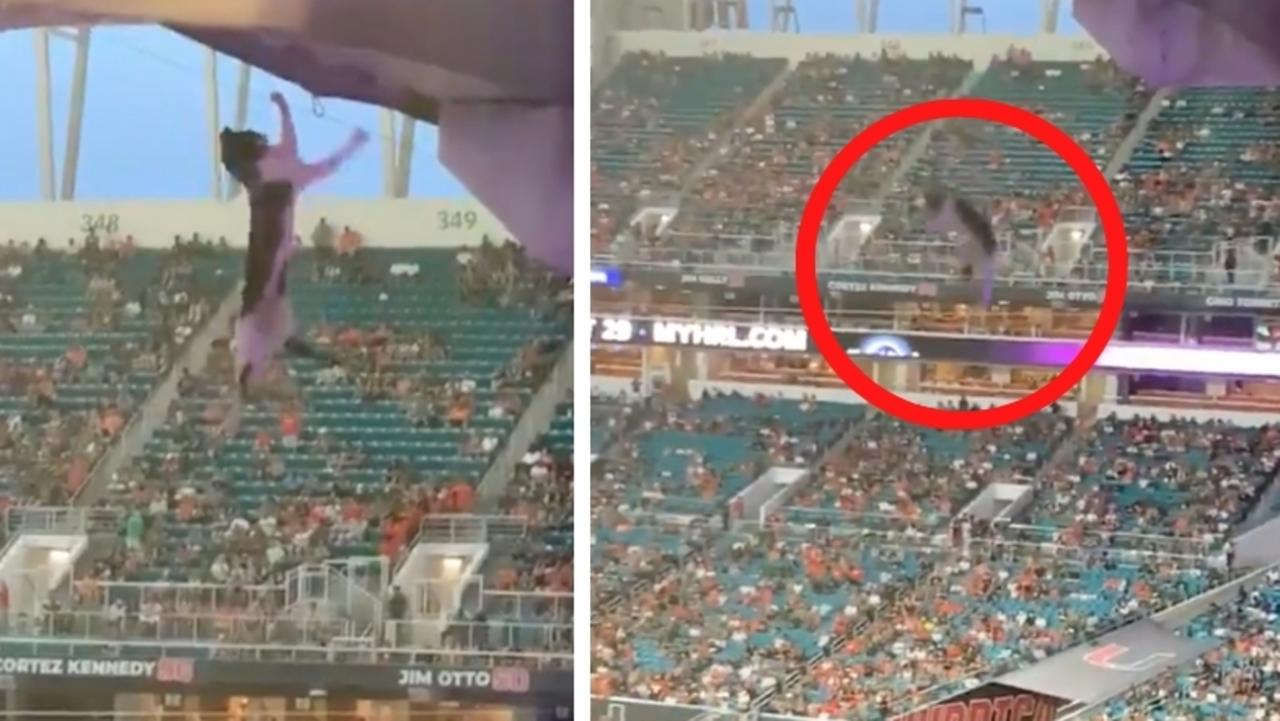 Just a few days ago, we found ourselves talking about how f**ken good it is that fans are back in sporting stadiums across much of the world, and right now, after its death-defying dramatics, we reckon the cat in this story is feeling the same! Deadset, have a f**ken squiz at this one and try not to think about what could have happened if the stadium had been empty!

All right, for this one, we’re heading to another college football game. The contest this time was between the Miami Hurricanes and Appalachian State Mountaineers at Hard Rock Stadium in Miami. The match, though, wasn’t really what caught everyone’s attention.

As someone who has seen every cat video ever on the internet, I can unequivocally say that this is simultaneously the most dramatic and mesmerizing cat video of all-time. #HardRockCat https://t.co/95MhgEFZFY

Yeah, nah, the real spectacle came when a f**ken cat was seen dangling from the stadium’s upper deck. The poor little furball was floating down s**t creek in a barbed-wire canoe and it was already halfway to Destination F**ked’s deepest waters when it was spotted.

Craig Cromer, a facilities manager at the University of Miami, said, “They were trying to grab it from above and they couldn‘t reach it but they were scaring it downward. It hung there for a little while with its two front paws, then one paw, then I was like, ’Oh my goodness, it’s coming soon.’”

This is nuts but a huge shout out to those fans for quick thinking! Yay for a safe kitty. #HardRockCat https://t.co/UKJQZYuZWQ

Thankfully, though, those patriotic yanks had a f**ken flag on hand and they were able to use it to give the little bugger a safe spot to land in case it ended up taking a swan-dive.

And that’s why we reckon the cat’s thankful. It took that f**ken swan dive, falling twenty metres or so into the crowd and onto the flag. One of the spectators then held it up to show that it was safe, sound, and unharmed.

THE CAT IS SAFE pic.twitter.com/13Z9YMKmjc

Needless to say, the cheers were pretty f**ken relieved ones.

Final thought: Mate, this is a bloody epic video, and we understand just why it went viral so quickly, racking up more than two-million views in only a couple of hours. Give it a squiz and let us know what you reckon in the Facebook comments!