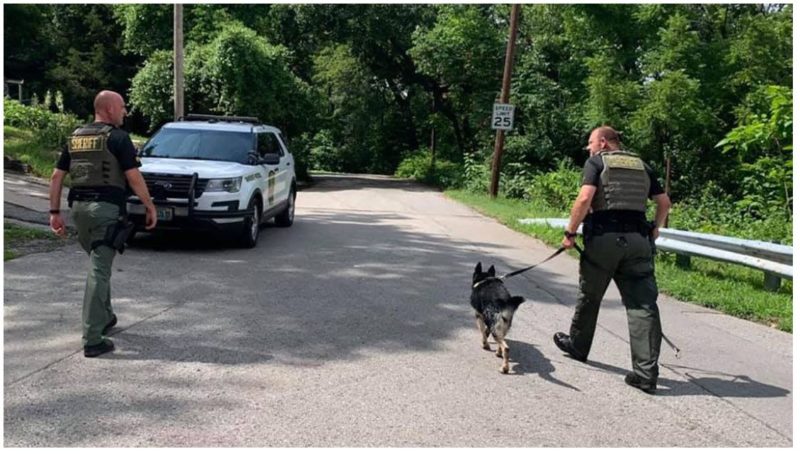 Mate, if you’re not familiar with the trope of sneezing while you’re trying to hide, you’ve clearly missed out on some quality viewing in your life. After all, it’s right up there with the best of the old chestnuts that linger like bad smells. Even Thomas Hardy wrote a story about this very thing back in 1877, so, y’know, it’s done the rounds. With all that in mind, you’d love to have known what the real-life thief who farted so loudly it alerted cops to his hiding spot must have been thinking, wouldn’t ya. 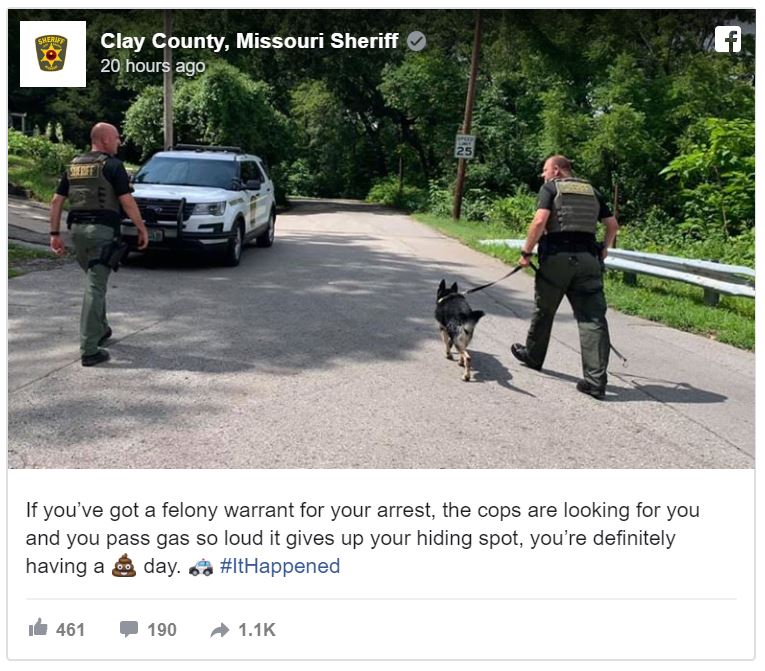 Obviously, every single one of you in the comments section is familiar with needing to rip some solid material at an in inopportune moment. Deadset, you might need to let the toothless one speak in a crowded elevator, you might need to stomp a barking spider in the middle of an exam, or you might just need to ring your sphincter during that all-important prostate check. Wherever it is, you’ve got a dilemma.

And that dilemma usually comes down to one simple question: what are the consequences? If the only consequence is a solid laugh, by all means, blast some arse, squeak your cheeks, play the trouser tuba and uncork one.

If you’ve got serious consequences, though, you’ll need to hold on to it. Usually, that’s not too much of a big deal. Unfortunately, there are some occasions when nothing’s gonna stop the gas geyser from unleashing the fury.

And that’s exactly the situation a Missouri man found himself in. Suspected of being in possession of a controlled substance, this smelly bugger was hiding from the cops when he had to strangle the stink-monkey. You can picture him there, can’t you? Hiding like a stowaway when he feels it percolating.

In his mind, he’s like, maybe I can just tear off a little one; release some pressure? Who knows, though, maybe he might have just thought it was going to be silent but violent and he’d be able to gas the cops. Or, it may have been one that just was not going to be held back.

We’ve all been there. You’re in the library, checking out the holds and there’s only you and one lovely old grandma in sight. You’re trying to hold onto that rectal rocket, but your book is on the bottom shelf. You reach for it. And then it comes out with the force of a bloody freight train. Grandma’s hair is left standing on end, you’ve got a hole in your pants and the stench could peel paint. You tried, but at the end of the day, you’ve just gotta be thankful the old duck hasn’t carked it.

We reckon that’s what happened to old mate. As for the cops who arrested the dude, they said, “If you’ve got a felony warrant for your arrest, the cops are looking for you and you pass gas so loud it gives up your hiding spot, you’re definitely having a 💩 day.”

Final thought: We know you blokes and blokettes have got fart stories of your own. Load up the comment section and be thankful they haven’t invented scratch and sniff on computers yet.