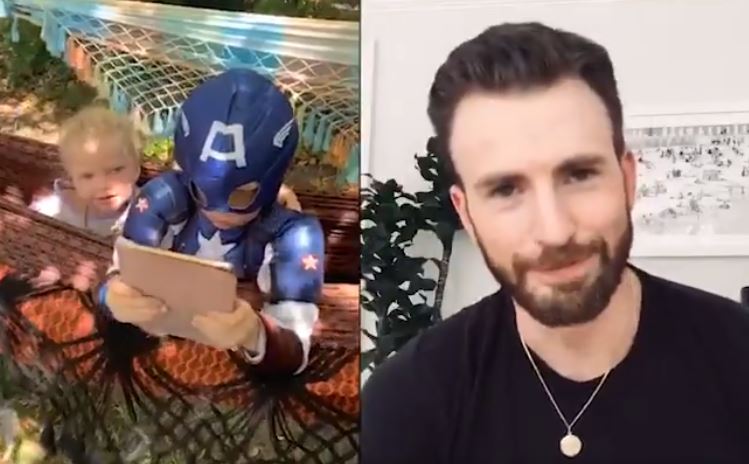 If you’ve been following the viral news over the last few days, you’ll be aware of the story about the heroic-as-f**k six-year-old who selflessly saved his sister from a dog attack, copping a few nasty bites in the process. That kid was Bridger, and the story is kinda remarkable. Bridger himself ended up with some hardcore f**ken stitches, and he’s bound to cop a nasty scar. In the aftermath of that, Captain America star Chris Evans has sent him a message.

Yeah, nah, this is the kinda wholesome s**t we love here at Ozzy Man Reviews. Bridger’s story is pretty f**ken remarkable. We’ll let Nicole Walker, his Aunt, tell it, but if this isn’t a f**ken hero in the making we don’t know what is…

Hey, all. Please, share my nephew’s story so that it gets as much exposure as it can. We know that our little hero would love some words of encouragement from his favorite heroes. On July 9th, my six year old nephew Bridger saved his little sister’s life by standing between her and a charging dog. After getting bit several times on the face and head, he grabbed his sister’s hand and ran with her to keep her safe. He later said, “If someone had to die, I thought it should be me.” After receiving 90 stitches (give or take) from a skilled plastic surgeon, he’s finally resting at home. We love our brave boy and want all the other superheroes to know about this latest hero who joined their ranks. @tomholland2013 @chrishemsworth @robertdowneyjr @markruffalo @prattprattpratt @twhiddleston @chadwickboseman @vindiesel @chrisevans EDIT: I just finished visiting with Bridger at his home. His wounds are looking so much better! He’s in great spirits, and his awesome personality is intact. He can’t smile too widely yet, but he was grinning as I read some of your comments to him. I’d also like to mention here that the dog’s owners are really great people who have been nothing but kind to Bridger and his family. We feel no resentment toward them at all, and—if anything—there’s only been an increase of love between our families as a result of this incident. EDIT 2: Once again we’re blown away by the amazing comments and messages that Bridger’s receiving. I’ve had lots of inquiries about a GoFundMe. Bridger’s family has asked that any one wishing to help out financially can, instead, donate to @mission_22 or @wwp. Bridger is also a huge fan of Science, especially Geology. So I’m going to start a post where people can share with him pictures of cool rocks that they see. EDIT 3: Once again, everyone’s kindness has meant so much to us. I’m trying to get to all of the messages that I can, but it may take some time. For those who have inquired about sending Bridger some rocks, here’s the address to use: Bridger Walker P.O. Box 22141 Cheyenne, WY 82003 #BridgerStrong

“On July 9th, my six year old nephew Bridger saved his little sister’s life by standing between her and a charging dog. After getting bit several times on the face and head, he grabbed his sister’s hand and ran with her to keep her safe.”

In her Instagram post, she tagged the actors behind his favourite Marvel movies and asked them to send him words of praise and encouragement while he was recovering from the 90 f**ken stitches he needed.

Needless to say, word got through, and Chris Evans has f**ken delivered: 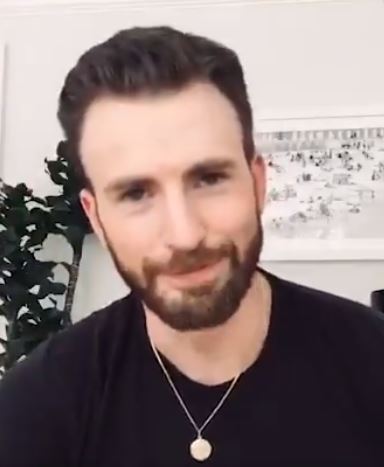 “Bridger, Captain America here. How you doing, buddy?” he says, “I read your story and saw what you did, and I’m sure you’ve heard a lot of this over the last couple of days, but let be me the next one to tell you, Pal, you’re a hero! What you did was so brave, so selfless, your sister is so lucky to have you as a big brother. Your parents must be so proud of you.”

That’s not all. We’re not gonna give you the whole thing, because that defeats the point of the video, but you need to see this bit. Evans goes on to say, “I’m gonna track down your address, and I’m gonna send you an authentic Captain America shield because, Pal, you deserve it. Keep being the man you are. We need people like you!” 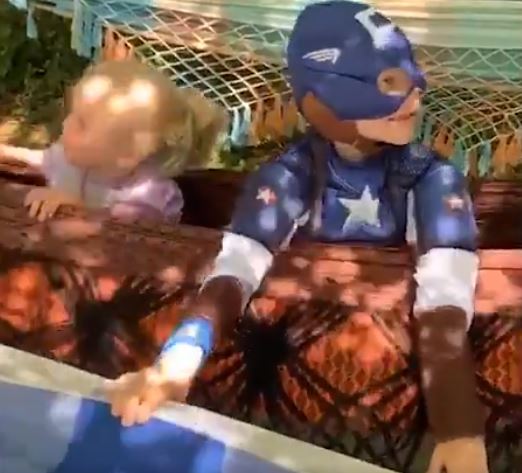 Final thought: Seriously, top effort to Evans, but there’s no doubt the real hero of the piece is Bridger. What a f**ken champ! Anyway, we can’t match an authentic Cap shield, but we’ve got a top bloke award for him all the same. Good s**t, Bridger. Good s**t!

Bridger, 6 years old, saved his little sister from an attacking dog. He knew he would get hurt, but he did it anyway. He’s a hero.

So, we made this happen. One of the most fulfilling things, ever, huge thanks to Chris Evans.