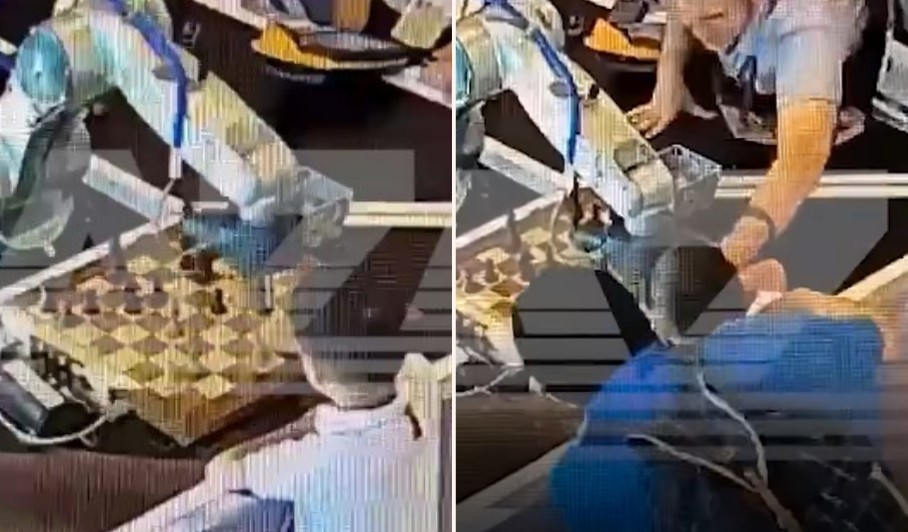 We know we sound like a broken record when we talk about robots and we raise safety issues, but we’re pretty f**ken strict fans of Asimov’s laws of robotics, and we reckon those cheeky metal pricks should do no harm. Still, it doesn’t really matter what we think, because if recent news from Russia is anything to go by, robots are gonna cause all the harm they want – even if their victim is an innocent seven-year-old!

Yeah, nah, deadset, just the other day, a chess robot was competing against a little bloke when it got a bit f**ken confused by his speedy movements and broke his finger. If that’s not some Major Payne bulls**t, we don’t know what is.

The incident happened at a chess tournament in Moscow, and organisers of the event have been at great pains to point out that the robot ‘isn’t usually like this’ and blamed the kid. Yeah, deadset, check out what Sergey Smagin, vice-president of the Russian Chess Federation, had to say here:

“There are certain safety rules and the child, apparently, violated them. When he made his move, he did not realise he first had to wait. This is an extremely rare case, the first I can recall.”

Pretty much what happened. Kid tried to rush the robot during it's turn

So yeah, apparently, we’re blaming the seven-year-old victim of the attack. We don’t know about you, but we think that seems fair. Yeah, nah. Not!

Fortunately, though, the president of the organisation, Sergey Lazarev told a different tale. As well as pointing out that, “This is, of course, bad,” he also realised this s**t can’t be happening. He said that the robot’s suppliers were “going to have to think again.”

As for the kid, he took it in his stride and played the next day.

Final thought: Yeah, nah, this is gravely concerning news. If the robots are ready to break fingers of kids in chess competitions, we hate to think what this means for the rest of the robot revolution. Will the sex robots be ripping off dicks? Will the roombas be repeatedly slamming into ankles? Only time will tell, but we’d better take this as a warning it we’re gonna be prepared.

Just in case you missed it, here’s one of Ozzy’s latest commentary videos…Tree lopping fails!

By Chuck Steinway 23 mins ago