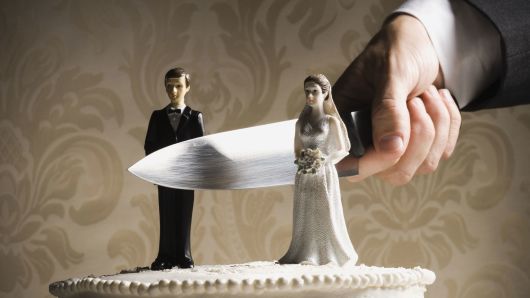 We all know that when the first of April comes around, you have to keep your wits about you. People of all creeds and cultures are more than happy to trick you into believing all kinds of crazy s**t. Of course, while April Fools has always been a thing, it’s really taken on a new life with the proliferation of the internet. You never know when you’re being filmed and ‘gotcha’ videos are everywhere. Still, that doesn’t mean that everything is a trick, and if you think it is, you might just need your head read.

Still, the world is full of people who are cynical to the extreme. Those people are not at all likely to believe a goddamned thing on April 1. S**t, you could tell these blokes the sky was blue and they still wouldn’t believe you. So when they’re invited to a pretty f**ken serious family meeting, you can only expect them to act one way.

Reddit user, dvdaasacargiveaway, is this kinda bloke. As the newest member of the family, he can probably count himself lucky to be invited to a poorly timed family meeting.

And, to be fair, he can also probably count on not being invited to any more of them. Check this s**t out.

“Let me preface this off by blaming all of you, the entirety of Reddit for desensitizing me, and giving me major trust issues on April Fool’s day.

So here it goes… Yesterday I got a group text from my wife’s (Sarah) side of the family stating there was an emergency family meeting happening that night over dinner at my mother in laws (Barb) house.

I immediately had April fools spidey senses starting to tingle, but we haven’t all got together since Christmas so I overlooked it and said we (my wife and I ) were in.”

So far so good.

At this point, you can already see that no matter what happens, he’s not believing a word of it.

“We were the last to arrive and it was pretty sombre when we walked in. We all sat down at the table and my wife’s brother (Tim) informed the family that his wife (Ashley) has been having an affair and they are divorcing. The affair was with a long time close family friend (Chris) who lived a block away.

Chris’ wife (Jen) had caught them when she came home early one day last week and broke the news to my brother in law Tim.

Both families have been friends for years. They live less than a block from each other, they each have been married for 15+ years, have 4 kids right around the same age. Honestly, I have always thought both of them were picture perfect families. Hell, all four of them and their kids were at our house two weeks ago for a bbq.”

Deadset, anything these lovely and wholesome people say has to be an elaborate prank. F**k me sideways, you’ve gotta be asking yourself why anyone would bother. Surely.

“Anyways after airing a lot of dirty laundry, and their plans to divorce, how it could affect future family functions, and opening it up to the group of any questions… there was silence.

I broke the silence with laughter and a slow clap. Saying this was the best April fools gag I’ve ever seen but I wasn’t falling for it. I told Ashley and especially Tim they need to consider going into theatre, their performances were top notch and tears seemed genuine.

Being the newest member of the family (my wife and I married 6 months ago) this was probably not the best thing to say in hindsight. I probably should not have said anything.”

To be a fly on the bloody wall…

“Everyone in the room looked horrified.

My mother in law, who had been crying the entire time, lost all composure. She left the room in hysterics and did not return before we left.

Tim, just shook his head, and his cheating wife actually let out a brief chuckle before calling me out for being a dumbass for thinking this was a ruse. Then berating me for being so insensitive.

I am still dumbfounded. In hindsight, I probably should have sat in silence… but I honestly still feel like I was calling out an April fools gag.”

Final thought: In fairness, it’s a s**tuation any critical thinker could find themselves in. So, how about you blokes and blokettes? Have you done similar? Load up the Facebook comments with your nightmare stories.

Just in case you missed it, here’s one of Ozzy’s latest commentary videos…Ozzy Man Reviews: Guess the Ozzy Slang with Game of Thrones
H/T: REDDIT.