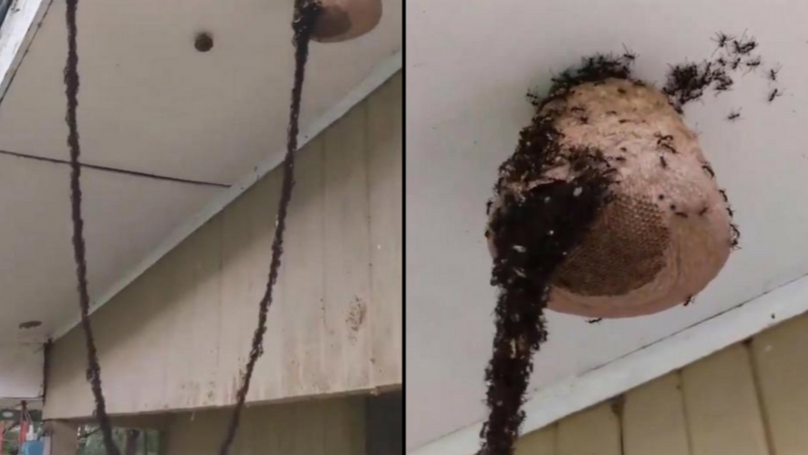 Ants are pretty awesome little buggers. They’re famously strong for their size, but their reputation for teamwork is spectacular. Whether they’re walking in straight lines, helping each other lift something heavy, or building a living bridge composed of other ants so they can raid a wasp’s nest, they know exactly how to team up and collaborate effectively!

To back that sh*t up, check out this video, posted online recently, of army ants combining to savage a rival wasp nest. In it, you’ll see a gazillion bloody ants holding onto each other to form a chain that leads straight to the wasp hive and provides easy access for the soldier ants who’ll kill any wasps who remain behind – and steal their larvae. 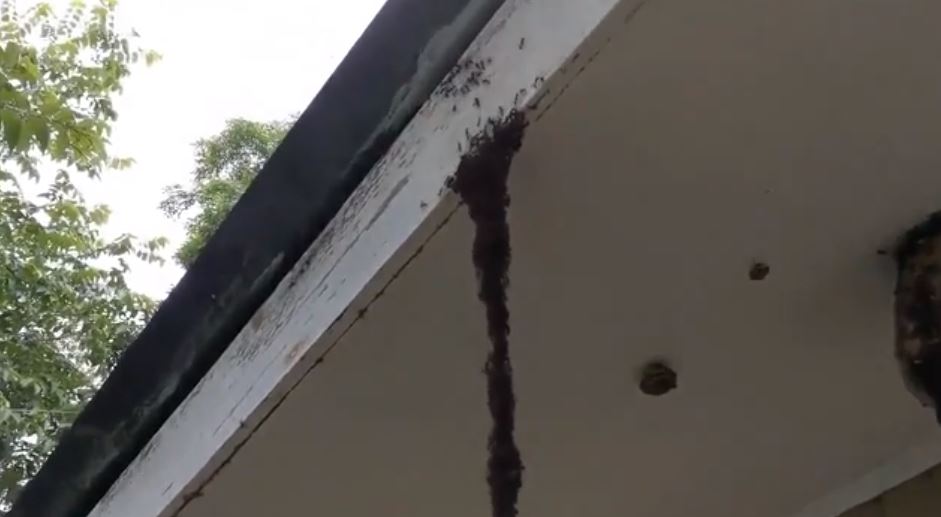 Like Spider-Man left a web to rot… Credit: Francisco Boni/Twitter

Nature, as you’ll know if you’ve ever watched a wildlife documentary, can be a brutal thing. Fortunately, it’s believed the wasps saw this sh*t coming a mile off and cleared the f**k out before the ants could act like Vikings landing on Lindisfarne and destroy all who stood before them.

You can imagine the queen wasp saying to her charges, “OK, those bloody army ants are coming with their teamwork and their organisational skills. It’s about time we all buzzed off.” 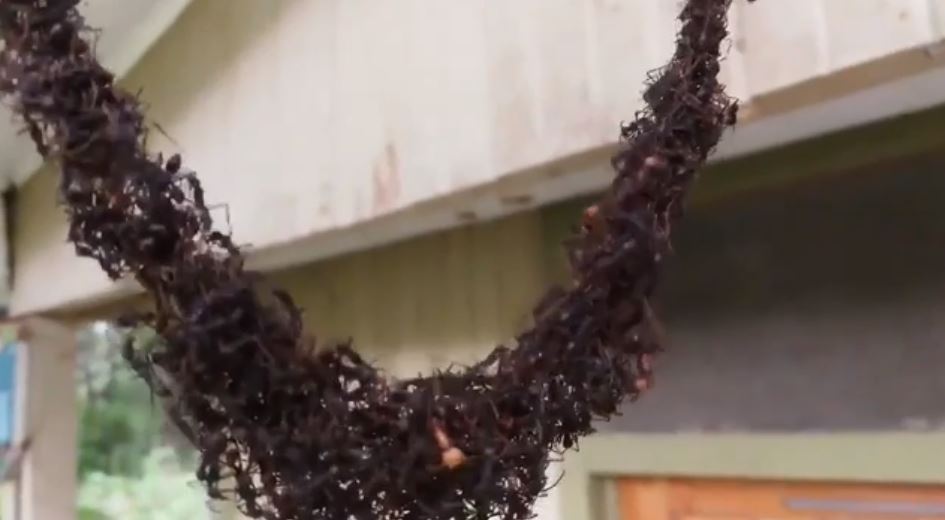 The footage was captured by Francisco Boni, who posted it to Twitter. He wrote, “Attack of legionary ants (also known as army ants or marabunta) to a wasp honeycomb. Impressive the level of swarm intelligence and collective computation to form that bridge.”

He explained later in the thread that most of the wasps would have escaped by the time the ants entered. “When this type of attack happens, the wasps usually escape and the ants do not leave until they’ve completely looted the honeycomb, carrying pupae, larvae, and eggs, as well as some adults who did not manage to escape. They can even build across the water!” 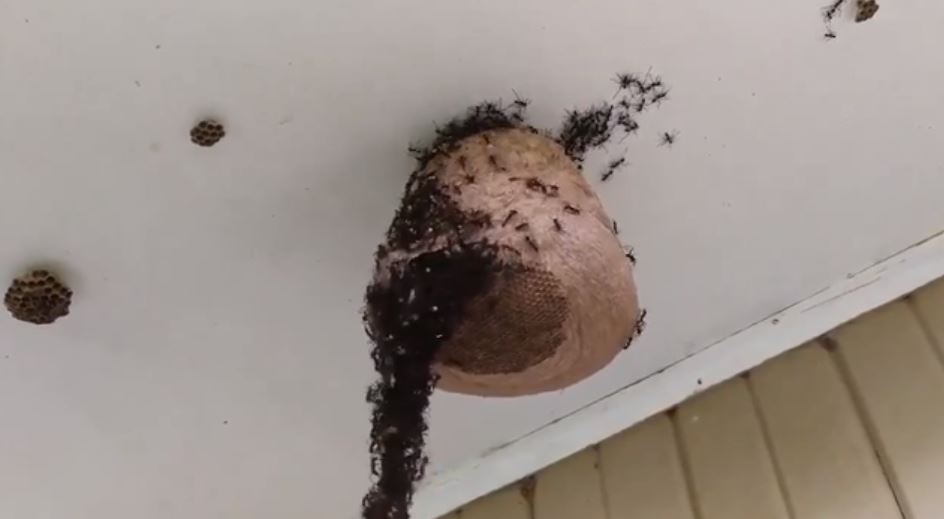 Final thought: It’s more than fair to say the ant-bridge has just a little of the tentacular about it. It’s almost like a creepy f**ken tendril stretching into that wasp nest and pilfering whatever it damn well pleases.

Attack of legionary ants (also known as army ants or marabunta) to a wasp honeycomb. Impressive the level of swarm intelligence and collective computation to form that bridge. pic.twitter.com/StvDkmv8x8