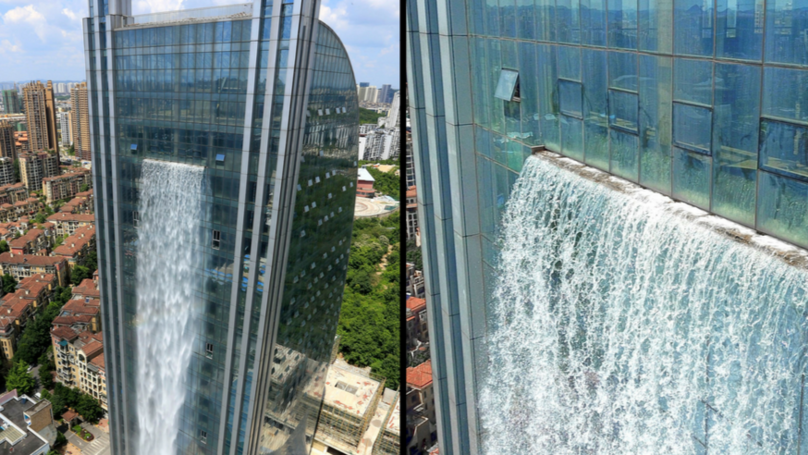 When you’re trying to spruce up your humble abode, there’s nothing quite as eye-catching and dramatic as a lovely water feature to really give it some panache. The folks in charge of aesthetics at the Liebian Building in China’s Guiyang City know this, and f**k me sideways, they’ve gone all out with this one…

Let’s cut the fat and put this straight out there. These guys have not f**ked around at all. They’ve passed on the usual, clichéd, options and gone straight for a man-made answer to one of nature’s most spectacular landmarks: a raging waterfall! 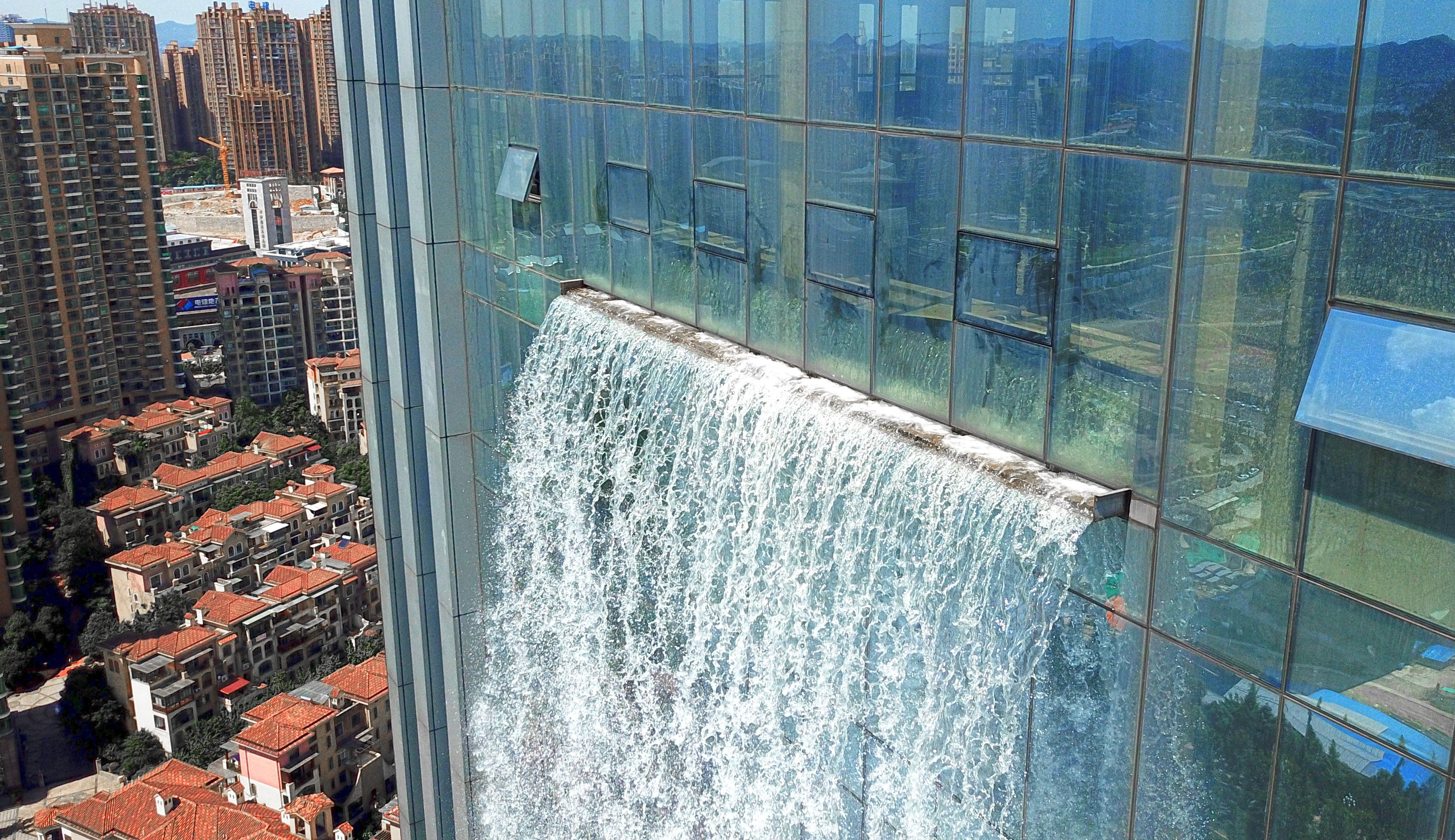 Yeah, nah, there’s no poxy little angels pissing into buckets here. No triton-bearing mermen shooting water from their nips and lounging around on rock-pools in this water feature. No fancy bird-bath looking things that trickle slowly either. Nope, only 350 bloody feet of raging waterfall – off the side of a building – is good enough for this epic water feature.

You can picture the planning meeting now. The little bloke from the fountain shop rocks up and he’s all like, “Rightio ya dickbags, I’ve got a great range of options for your very special water feature: to begin with there’s this frog on a lilypad themed setup. It’s quirky, but it’s cute.”

The project manager though, he’s like, “Yeah, nah, that’s pissweak mate. What else you got?”

“Well, if it’s something with a bit more oomph you’re after, we do have this contemporary number. It’s on a timer and it spurts water out of the ground at regular intervals. The kids’ll love it. They’ll put their arses over the spouts and giggle when it sprays ‘em in the clacker.” 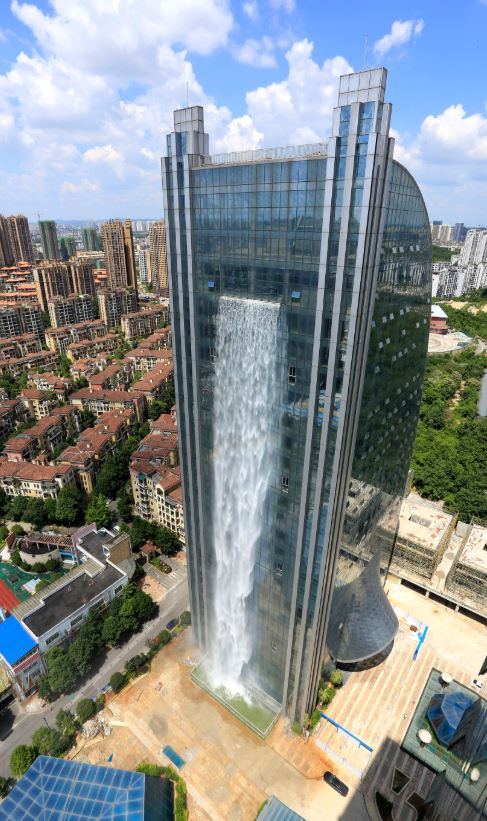 By this stage, the project manager would have put out his cigarette. “Listen here, f**kface,” he’d say, “We want something grandiose. Something that comes off the side of the building. Something that’ll mock the very concept of going overboard.”

Of course, around about then is when his screensaver would roll over to that sweet-arse picture of Niagara Falls. “F**ken build me that,” he’d say.

Some time later, the city of Guiyan would be blessed by a building with a raging waterfall coming out its arse. And why the f**k not? You have to admit that it looks bloody spectacular. And when the sun hits it right and the rainbow kicks in, f**k me sideways, it’s a thing of beauty. Someone tell Mr Turnbull we need one in Canberra. 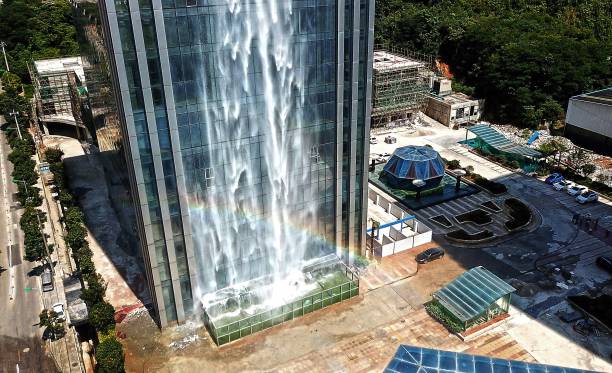 Final thought: Some of the locals in Guiyan City are complaining about the things water and energy requirements, but really, who cares. I’d bloody love it if a building had something as awesome as that on it here in Ozzy Land. And really, if they need to conserve water they can just turn the taps off for a while. No harm done.