Now this is what I’m talking about! We’ve heard a lot about the tough guys of the animal kingdom in recent weeks: hippos that lay the smack down on lions, hippos that terrify Steve Irwin, lions that are definitely voting yes on the gay marriage plebiscite and bears that scare the living sh*t out of mountain bikers. Now, finally, it’s Straya’s turn. 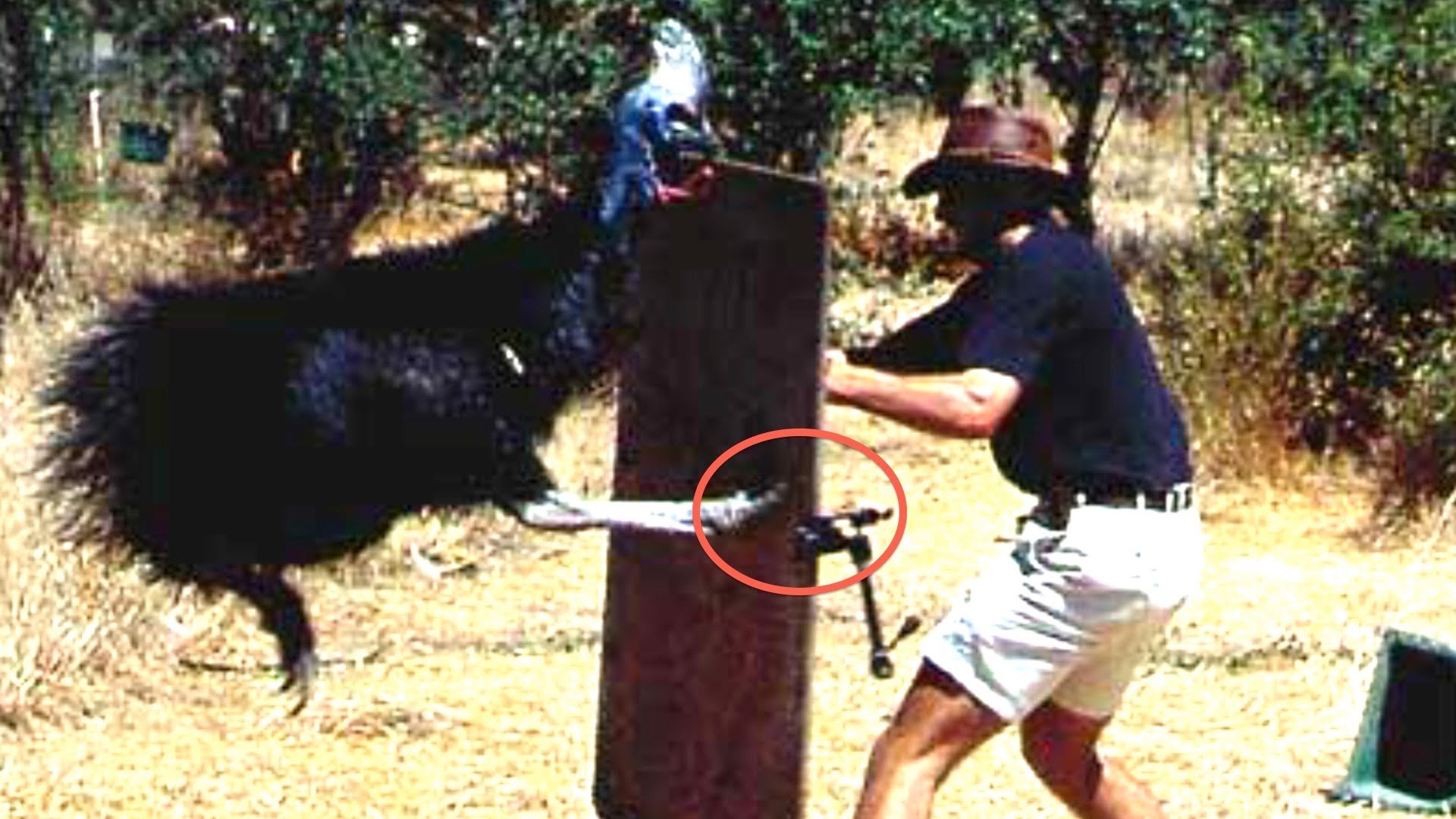 I present you with the f*cking cassowary!

Faster than a bloody ninja, crankier than my mother-in-law when she’s on the sauce, scarier than the thought of dying old and alone; you do not want to f*ck with these bad boys!

Why, you ask? Check out the Velociraptor claw! 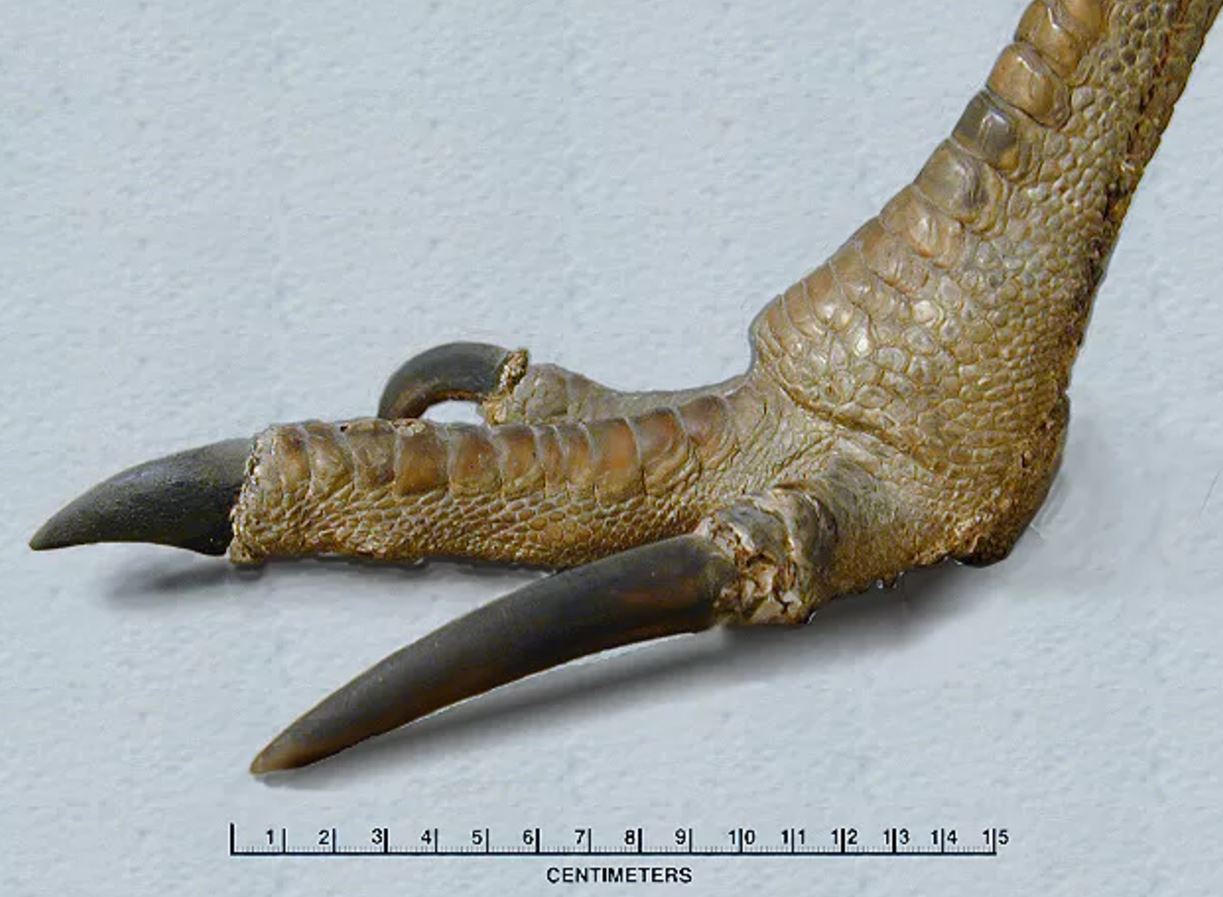 You know what else you can add to the list though? They’re f*cking criminals. That’s right, these colourful avian rogues are no better than smackheads and have taken to breaking into bloody houses in North Queensland.

Just last week a young cassowary innocuously named Ruthie, bailed an old bloke up, threatened him and tried to get into his house. Bloody hell!

According to officials, the local wankers have been feeding the bloody things. Are. You. Serious? These things are not friendly little mammals. They’re giant birds with razor-sharp talons and bad attitudes. 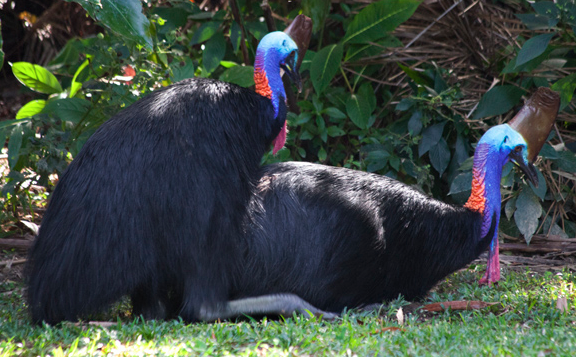 And apparently a complete lack of inhibitions! (Credit: Jennifer Marohasy)

Apparently, Ruthie, was just hungry – and having had all her fear of humanity weened out of her by well-meaning but bloody silly locals – she approached this bloke looking for a feed only to give his pacemaker a jump-start and scare the living sh*t out of him.

As a result, the EHP has issued a statement warning people not to feed the birds and Queensland’s sustainability minister said, “It’s vital that members of the public don’t feed cassowaries—for their own safety.”  She went on to add, “Cassowaries that come to expect food from humans can become aggressive and dangerous.”  No sh**.

A week before that, another cassowary resorted to assault and battery of another local wanker. Back in April, another one – named of all things, Peanut – got inside another couple’s Wongaling beach home, forcing them to hide in the garage. If you ask me, they’re lucky it didn’t kick them in the dingaling and move in for good. 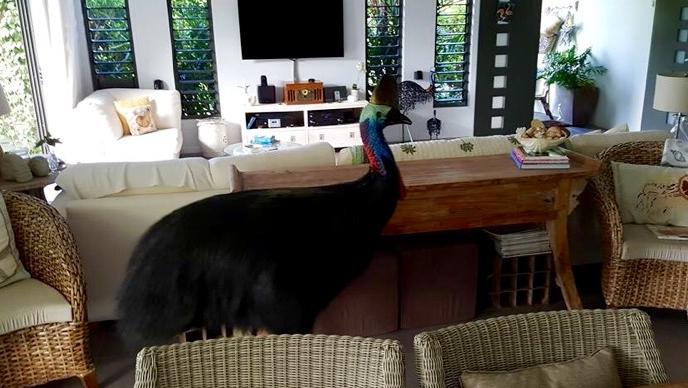 Apparently there have been something like a hundred-and-fifty cassowary attacks on people and seventy per cent of them were because the cassowaries were fanging for a feed. If the urban myths are to be believed, that’s a lot of guts spilled by overgrown chickens in Northern Queensland.

Sort it out, Straya, stop feeding the wildlife. You know it wants to kill you.