We’re pretty certain that one of the greatest and most pure things about the internet is the simple fact that while some people go to extremes to get their video shared around the world, the internet loves a truly innocent moment. You know what we’re talking about; those videos that feature an unsuspecting individual doing something completely natural. And trust us, if you’ve seen the frowning Brazilian baby, you know exactly what we mean…

Yeah, nah, when it comes to ‘pure’ it’s hard to beat this little sheila’s filthy bloody expression. Isabela Pereira de Jesus, the newborn in question, came out of the womb with a serious case of the s**ts. If you haven’t already, check out the bloody glare on her. 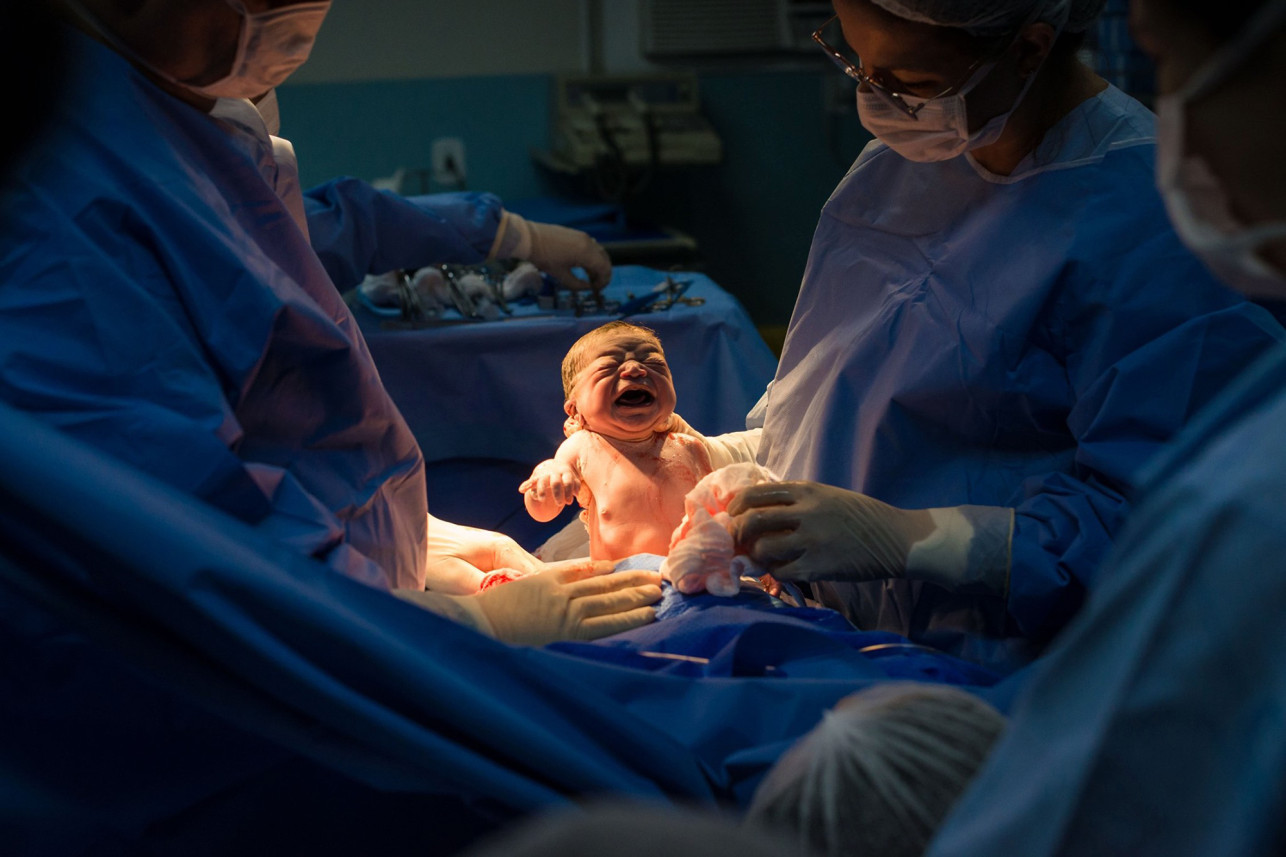 The photographer who was there to capture the birth, Rodrigo Kunstmann, reckons, “She opened her eyes wide but did not cry. The doctor even had to say, ‘Cry, Isa!’”

Now, we weren’t there, but we’d be s**ting bricks. That is one terrifying looking little munchkin. Seriously, tell us that cute little face doesn’t stare right through to your soul!

Deadset, Isabela knows what you did, dude. She’s like, “You, sir, are a f**ken scumbag. Just you wait till I can hold my own head up. I’m gonna give you the frowning of a lifetime!” 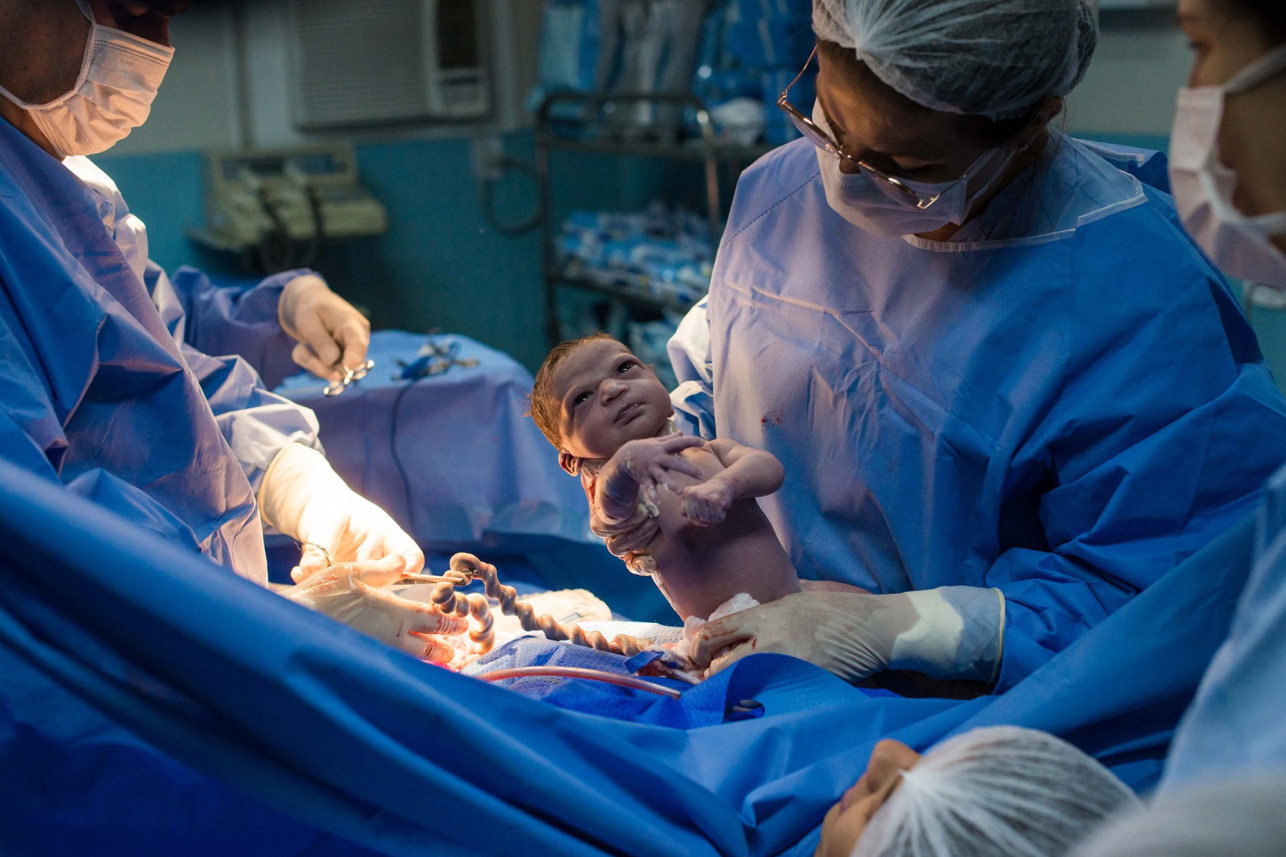 Mum reckons Isabela was just born courageous. “My baby was born courageous,” she said. “It’s a meme already. She always wrinkles her forehead when changing diapers and nursing. Isabela was supposed to be born on the 20th, but she chose her day already showing her personality,” she added.

We’re not really sure if the kid is actually that courageous. What if she’d had to listen to bad music while she was in the womb? She might have come out and been like, “F**ken Nickelback, Mum! Seriously!” 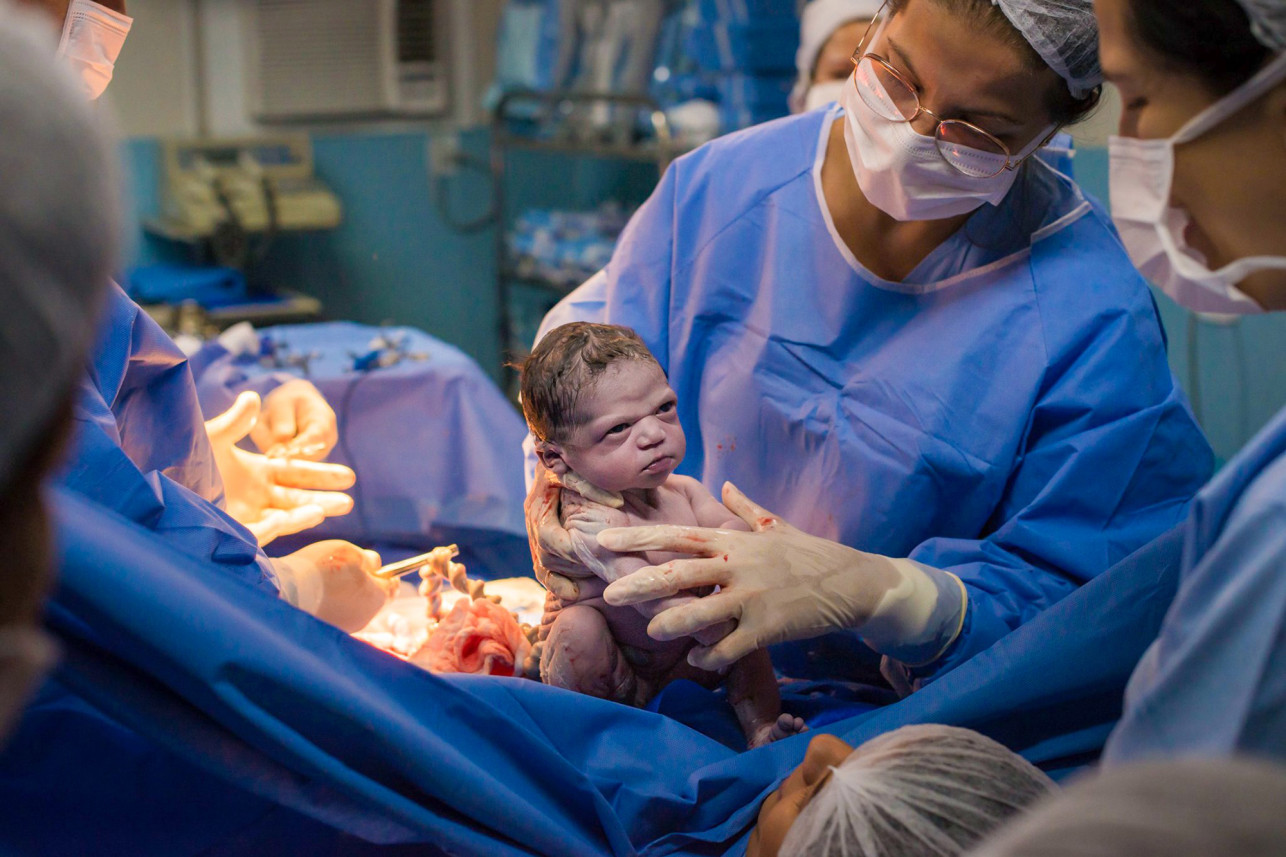 Final thought: Obviously, little Isabela’s had her picture sent all around the world by now. And that’s exactly what we mean about the internet loving a bit of purity in its viral content. You just can’t fake this sort of s**t on a budget. Don’t get us wrong, we know it’s not as enthralling as Ozzy blokes commenting on internet videos, but it’s a close second.