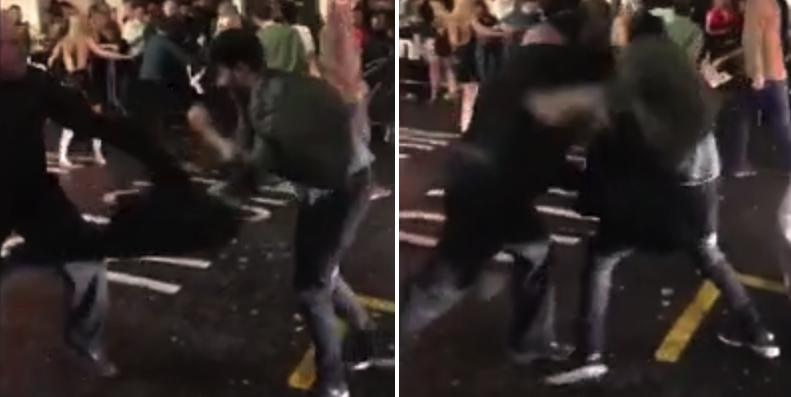 You could just tell from the look of him that this bouncer was not to be fu*ked with. But fu*k with him two drunken blokes did and they paid a hell of a price, as a result.

This footage, taken outside Ink nightclub in Nottingham, England, shows a fight breaking out after a student night at the venue.

The nightclub bouncer can be seen getting amongst it and knocking two brawlers out, leaving onlookers screaming at the chaotic scenes.

One fella was knocked to the ground no less than three separate times by the bouncer. Fair play to him for taking that Chumbawumba song to heart but once he got knocked down the first time, he probably should have just stayed down or crawled away to safety.

Booze is a hell of a motivator, however, and he staggers to his feet and approaches the bouncer again, only to cop another hefty blow which folds him like a deckchair.

A second lad decides to throw his hat in the ring and approaches the bouncer (not sure if this fella actually wanted to fight, but the bouncer has battle rage by this point), only to be shown the same treatment: he’s sent tumbling onto the first man after another brutal blow. It’s turning into a bloody one sided fight to be honest. 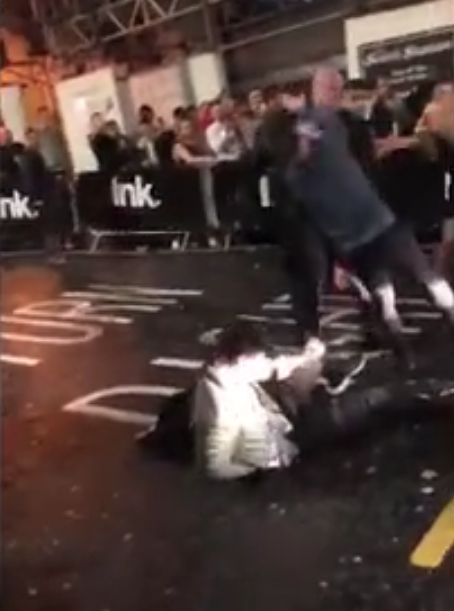 Drunkard #1 decides that it’s his turn again so he gets to his feet and re-approaches the bouncer – only to receive yet another shot to the chops. I f**ken wished that bloke would stop going near the agro bouncer. It’s getting hard to watch him hit the ground each time.

Seriously, this is like the first round of Conor McGregor vs Nate Diaz 2: the dude simply cannot stay on his feet! Yeah nah yeah the final punch does the trick, though, he’s out cold after that third punch.

I dunno what these blokes did to make the bouncer so cranky. Regardless of context at this point, do ya reckon the actions of the bouncer were excessive in the end or warranted? 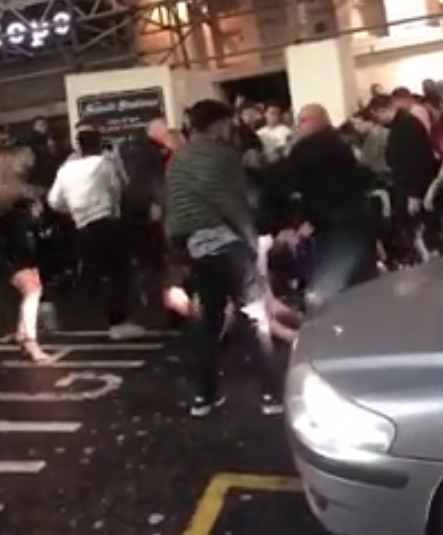 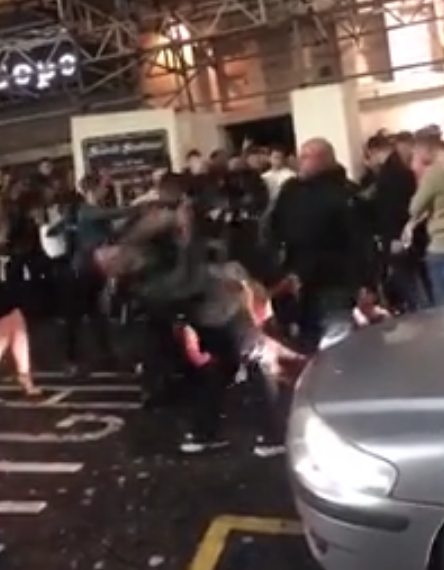 Nottinghamshire Police have released the following statement with regards to the crazy incident:

“Nottinghamshire Police has been made aware of a video circulating online of an incident that is reported to have taken place in the Queen Street area of Nottingham city centre, either on the evening of Thursday 4 January or the early hours of Friday 5 January 2018.

“At present, no report has been made to officers in respect of an incident of this nature at that location at the date and time currently being reported by some media outlets.

“While the force is conducting its own enquiries to establish the circumstances surrounding the incident, officers are encouraging anyone directly involved or who may have witnessed the incident to call Nottinghamshire Police on 101 with any information.”

These guys should write their own version of that classic song: I get knocked down, but I get up again, I think I’ll just stay here… I jest, but nah, don’t stay out after midnight guys and gals. It’s a good rule. Seriously. All this sh*t always happens after bloody midnight. A f**ked up situation overall.

WATCH THIS INSANE VIDEO BELOW: