Brave bloke gets tattoo on thigh of his snoring missus

One of the best things about a good relationship is the banter. Two lovers should be able to poke a bit of fun at each other and see the funny side of things. And seriously, what bloke doesn’t love riling up his missus with some deliberately annoying pranks? At the same time, though, for most of us, there’s a line. Seeing what this Pommy fella’s done to his missus, we’re not sure anyone’s told him.

Rightio, meet James McGraw. James has balls of steel. F**ken massive ones. Deadset. The reason we know this for sure is a prank he’s pulled on his missus.

Apparently, James and Kelly love annoying the s**t out of each other, because after she ‘pranked’ him by giving him a dodgy haircut, he went and got a tattoo of his partner. 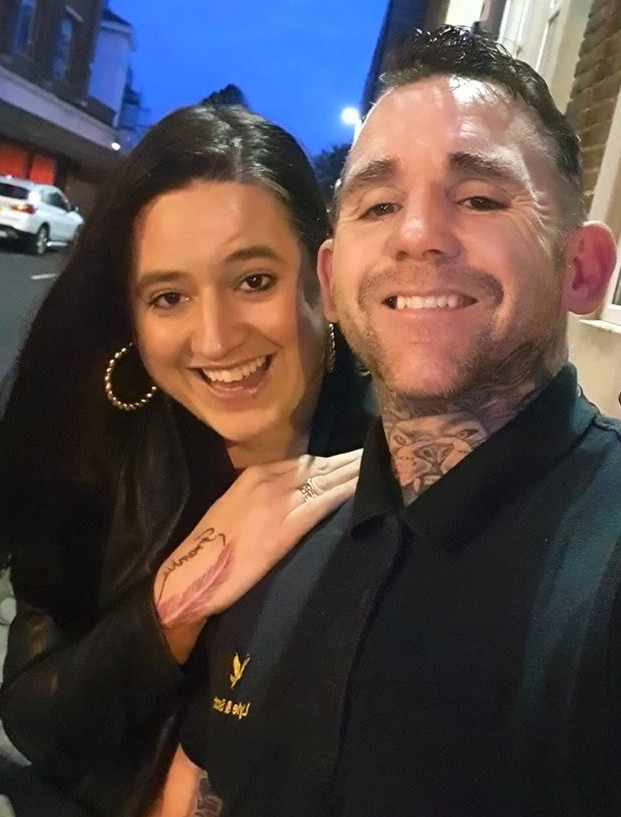 Now, we know what you’re thinking, but trust us, it’s not cute at all. Yeah, nah, McGraw busted out a pretty unflattering photo he’d taken of Kelly while she was passed out on a plane and had it tattooed onto his thigh before posting it to his Facebook. He captioned it with, “Don’t know what her problem is . . . everyone else seems to like it.” 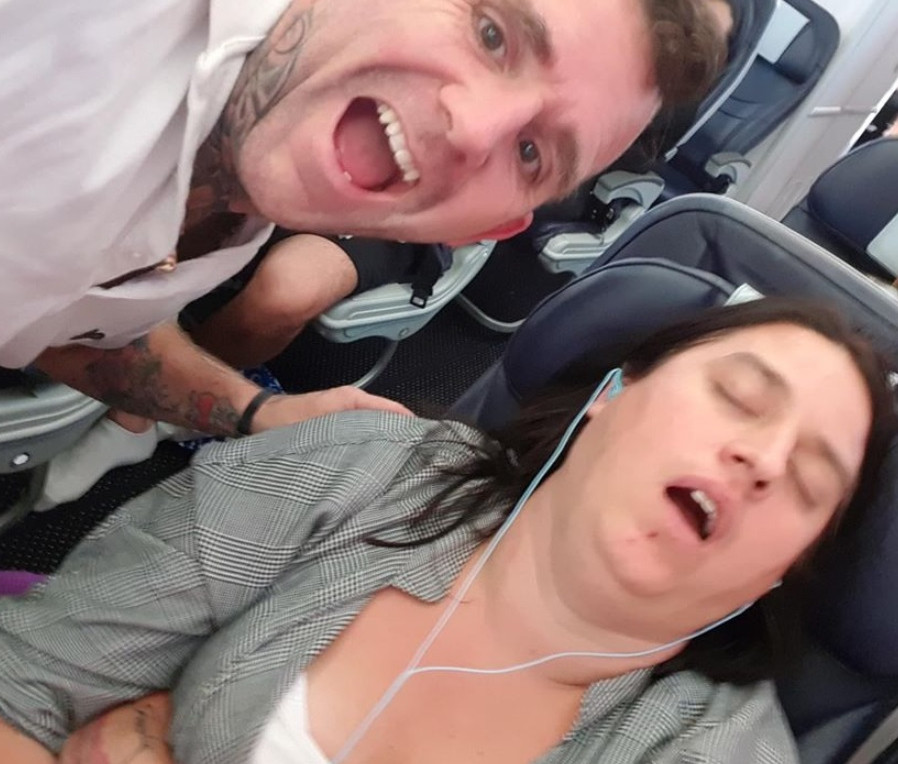 So, yeah, two things here: first of all, this is f**ken funny. Have a squiz at it. You’ve got the double-chin, the laughter, the look on Kelly’s face, and the sheer hilarity of it. It’s bloody gold, but the second thing is that this dude is obviously a glutton for punishment. And seriously, if this one backfires, there’s really no going back. 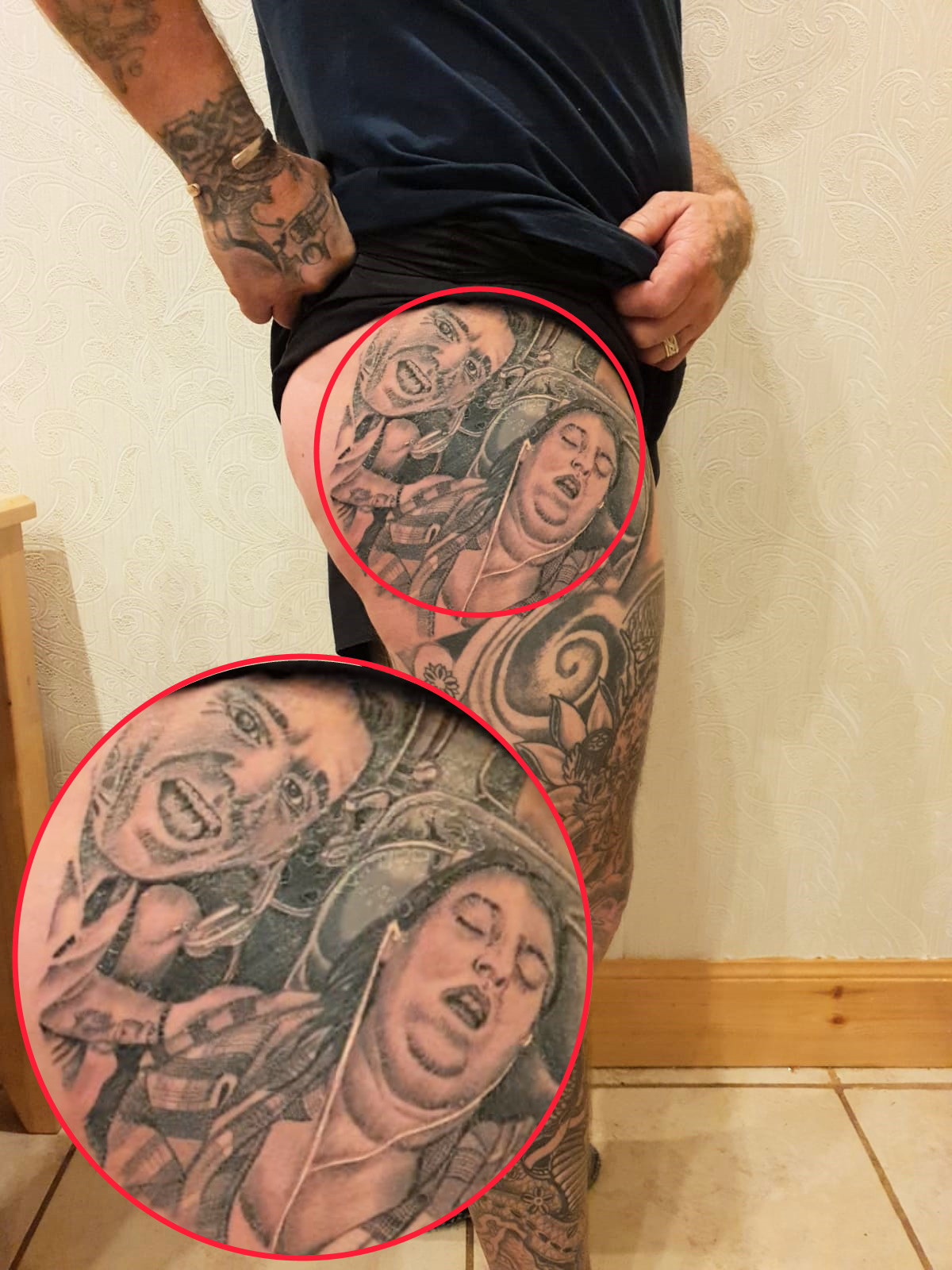 When it first happened, Kelly told the Sun, “there’s a line and he’s crossed it big time,” but fortunately for James, her mood calmed after he’d – presumably – spent a few nights on the couch. Kelly now reckons that she can’t look at it without laughing, and that she’ll have her revenge. ““I’ll think of something to get him back, but it’s going to have to be really, really bad to top that.” 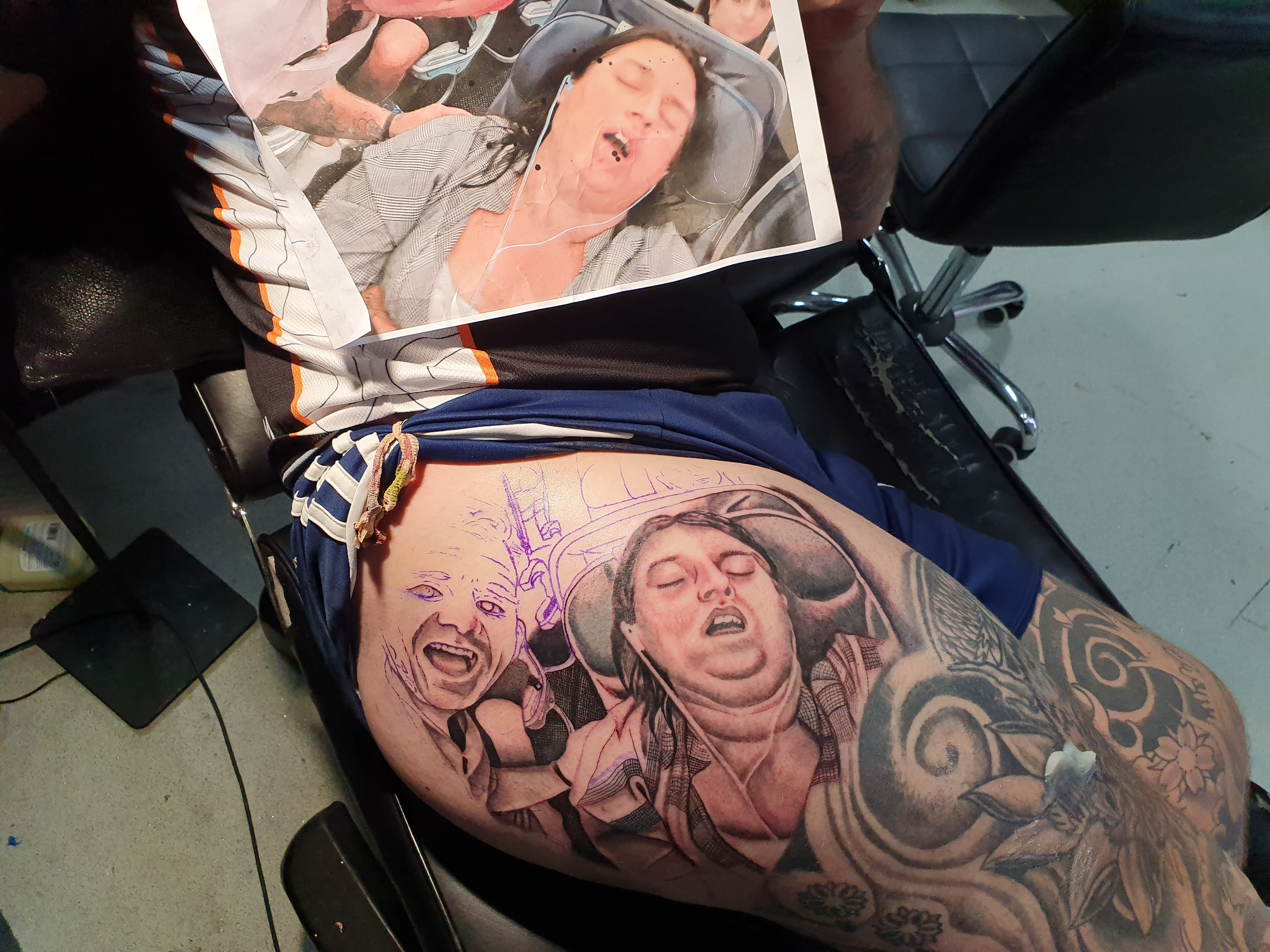 As for James, he’s admittedly a bit concerned, saying, “I’m scared because I don’t know what she’s planning.” 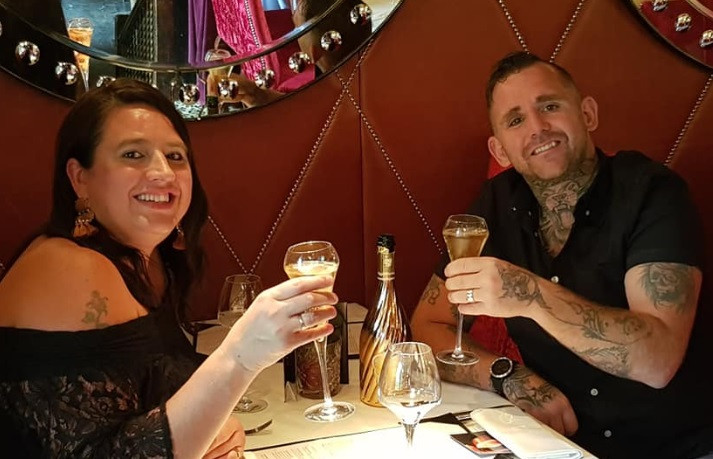 Final thought: Over to you blokes. How would your better half react if you pulled a stunt like this? We dunno about you, but we reckon ours would probably kill us.