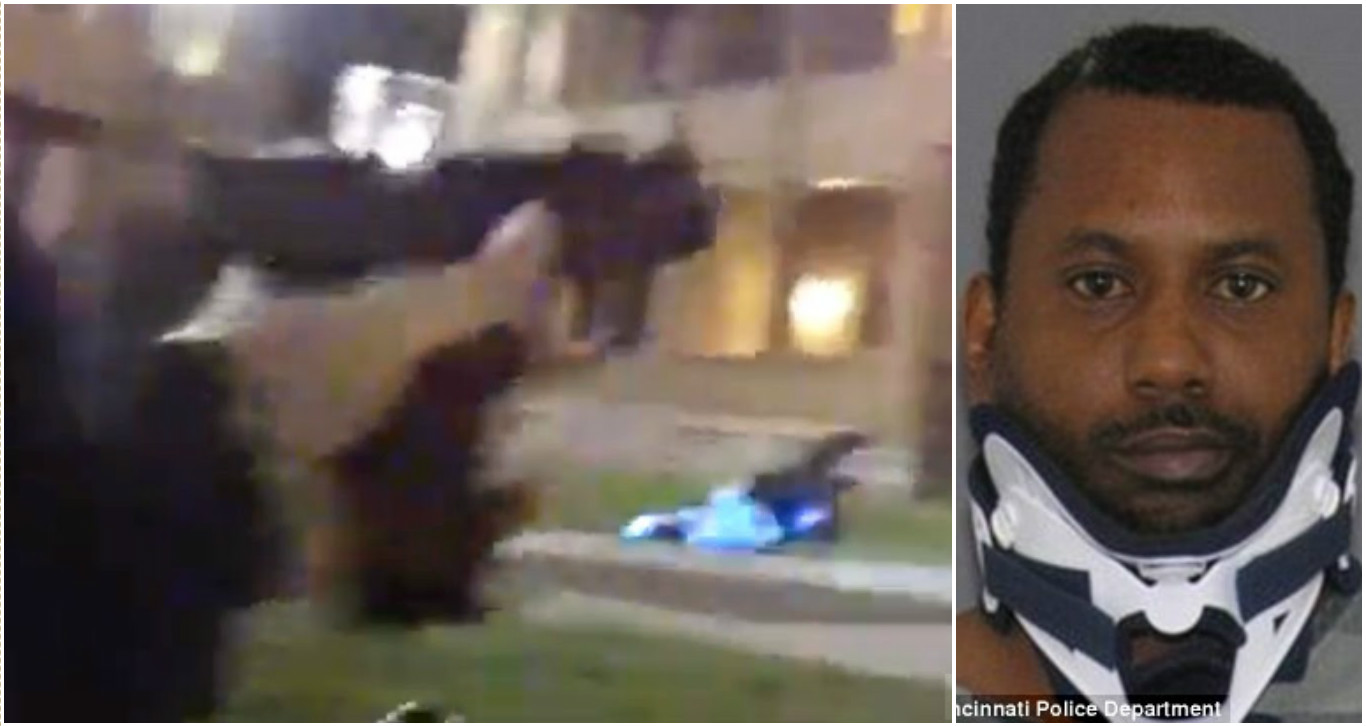 Sometimes you just don’t know what’s around the corner. You could be walking down the street and a bus could hit you. You could be getting some money out at a cash machine and you could get robbed. Life is and always will be unpredictable at best. Well, that seems to doubly apply for police officers in the United States. Any routine call could be your last, and the following footage is a great example of that.

In the incredible video below, officers in Cincinnati are responding to a routine call out about domestic violence incident involving and man named Damion McRae. Two police officers found Mr McRae in his courtyard, but unfortunately for them, they did not know that McRae was concealing a weapon. As one of the officers got into firing range McRae started spraying bullets at the policemen with a 9mm rifle. What follows is a pretty intense shoot out, with one officer going down in the initial volley of fire. What happens next is equally devastating: that same officer yells out that he has copped a bullet in the crotch! Poor bloke indeed. It turned out to be in his lower abdomen, so he didn’t get his d*ck blown off in case you were getting ready to make a wise crack about that. I’m sure we would have heard much more cursing if he had! In all seriousness, this would have been terrifying. Damion McRae, 37, is now facing life in prison for the shooting.

McRae’s gun jammed which is credited to saving the officers’ lives and the policemen returned fire and shot and injured McRae, and took him into custody.

McRae has been indicted on one count of attempted murder, two counts of felonious assault, two counts of weapons under disability, one count of carrying a concealed weapon and one count of assault. If he is convicted of all charges, McRae faces the possibility of over 20 years in prison. He already had a criminal record of 14 felonies and 26 misdemeanours.

Both officers are expected to make a full recovery.