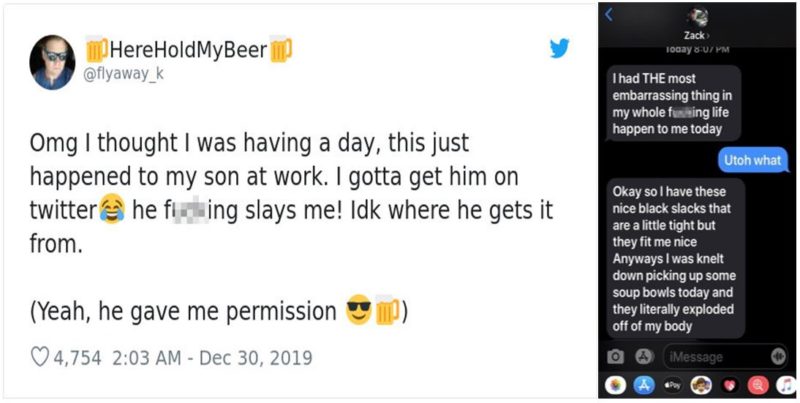 One of the most important pieces of advice we’re usually given when we’re younger is to always make sure we’re wearing undies. After all, you never know when you’re going to need them. Of course, plenty of us still love to go to commando and free-ball it, particularly in the hot summer months. Sometimes, we’re even forced into it by a laundry disaster. Inevitably, that’s when disaster strikes. Check out this story to see exactly what we’re talking about…

In this story, told to us second-hand by the main protagonist’s old boy, we’re introduced to young Zack. Apparently, this whippersnapper’s got himself a job in a restaurant/café, but he hasn’t gone out and splurged on enough undies to get him through the whole week. 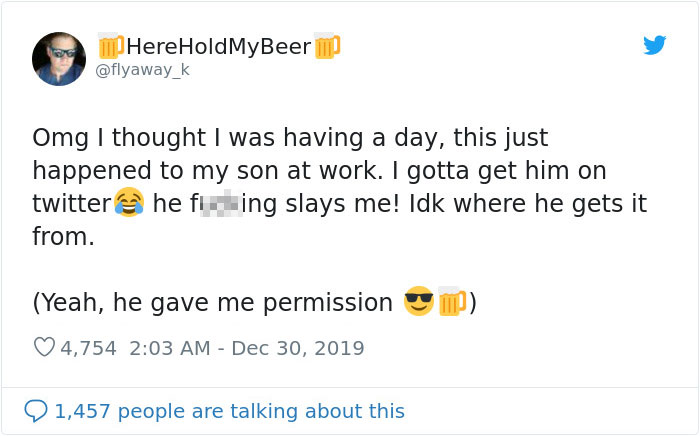 Instead of just turning his existing dacks inside out to get an extra day out of ‘em Zack’s the kinda bloke who’d rather go without. Usually, as many of you know, that’s not a problem. Until your pants split.

Naturally, Zack shared his story with his Dad, who, in turn, did the responsible thing and shared his shame with the entirety of Twitter. “OMG, I thought I was having a day,” he says. “This just happened to my son at work. I gotta get him on Twitter. He f**ken slays me!” 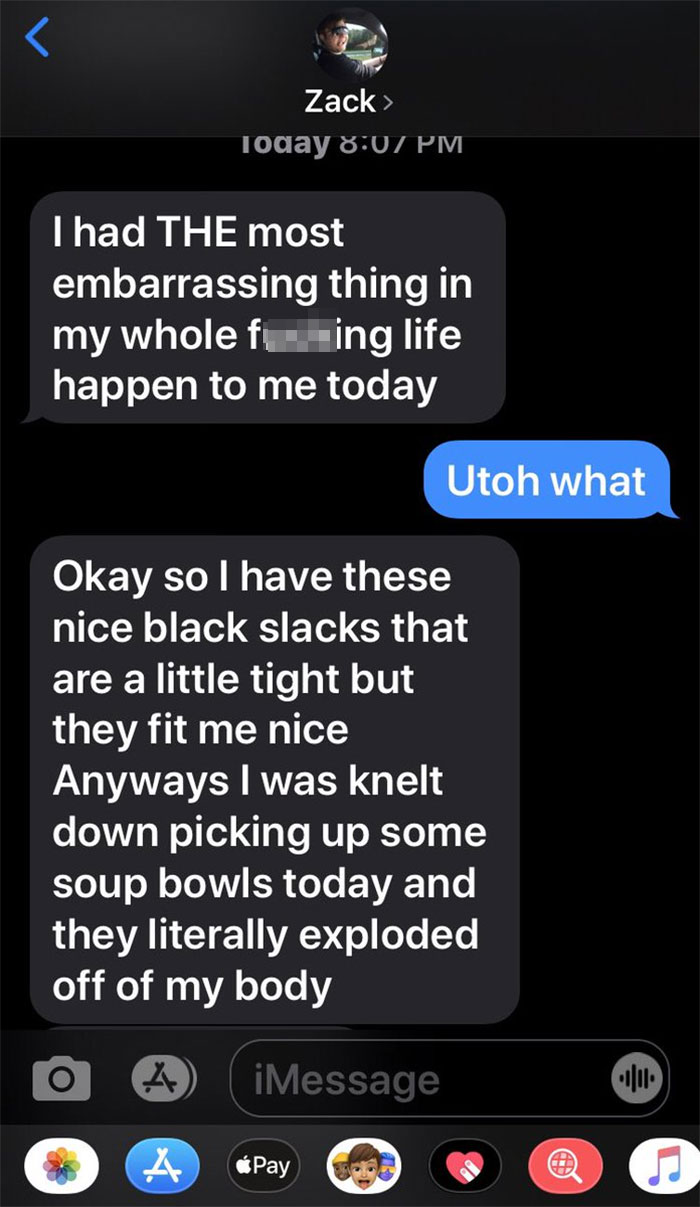 In the text exchange that his old man shares, Zack explains how he’s just endured the ‘most embarrassing thing’ in his whole f**ken life.

“Okay, so I have these nice black slacks that are a little tight but fit me nice. Anyways, I was knelt down, picking up some soup bowls today and they literally exploded off of my body. It’s a laundry day. I was commando.” 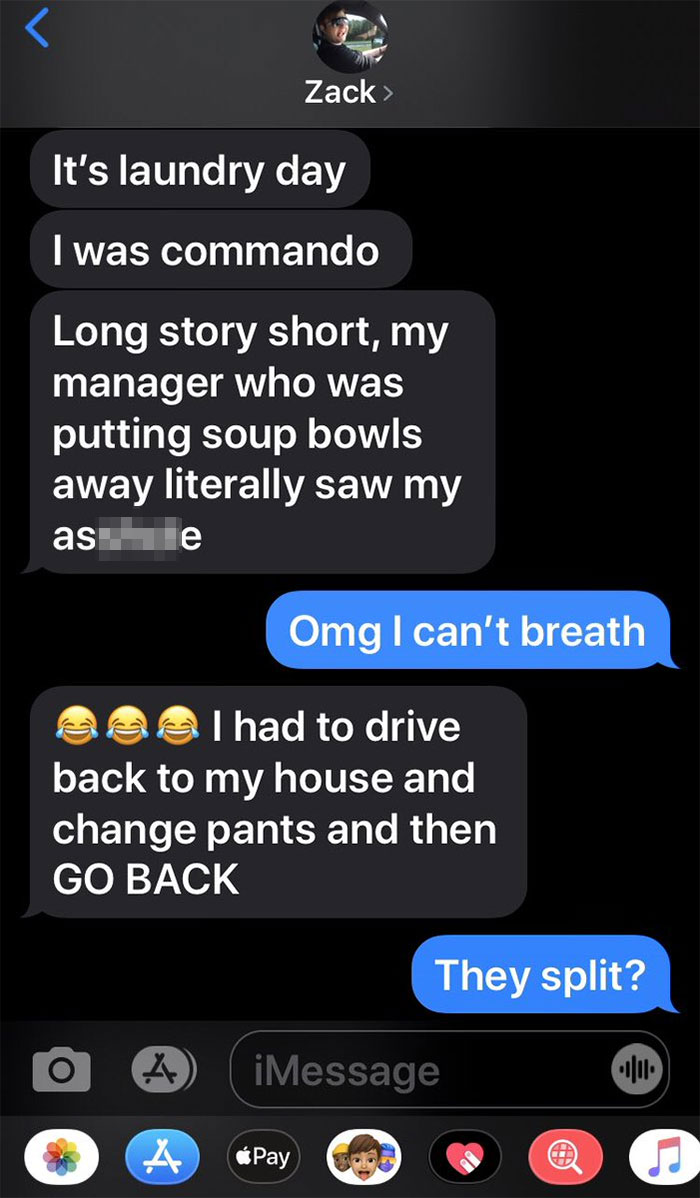 Now, if you’ve ever been in that situation, you’ll know that splitting your pants is embarrassing enough. Unfortunately, for Zack, it gets worse.

“Long story short, my manager, who was putting soup bowls away, literally saw my asshole…Kelly, though…Kelly looked inside of me!”

Never mind Zack, we reckon poor bloody Kelly’s gonna be the one who needs therapy after this. Of course, if there’s one thing we hope Zack learns from it, it’s that undies aren’t just for your own protection. Bloody wear ‘em, ya ferals! 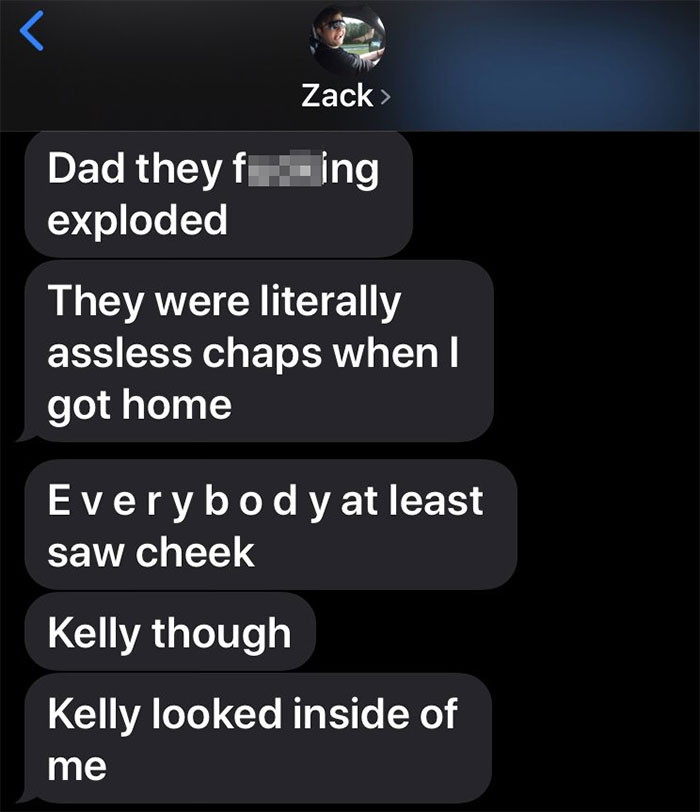 Final thought: Deadset, this one’s a game-changer when it comes to the old shared text-exchange. It’s not about one-upmanship or sharing how you completely owned someone, it’s more about exposing one of those intimately horrifying moments that, deep down inside, we all fear could happen to us. That’s something we can all have a little emotional investment in.

Even though they cop it pretty hard at times, criminal attorneys must have one of the most interesting jobs there are. Don’t get us wrong, though, we’re not talking about the money or the prestige. Yeah, nah, we’re ta...

When we’re talking stereotypes about videogames, a pretty obvious one would see the parents having a crack at their ‘lazy’ kids and telling them to get off the screen, do some chores, and maybe take some fresh air. Fu...